We’ve reached the end of another month, and it’s time to roll everything up like a shawarma so we can have ourselves a wrap up. Let’s read on. 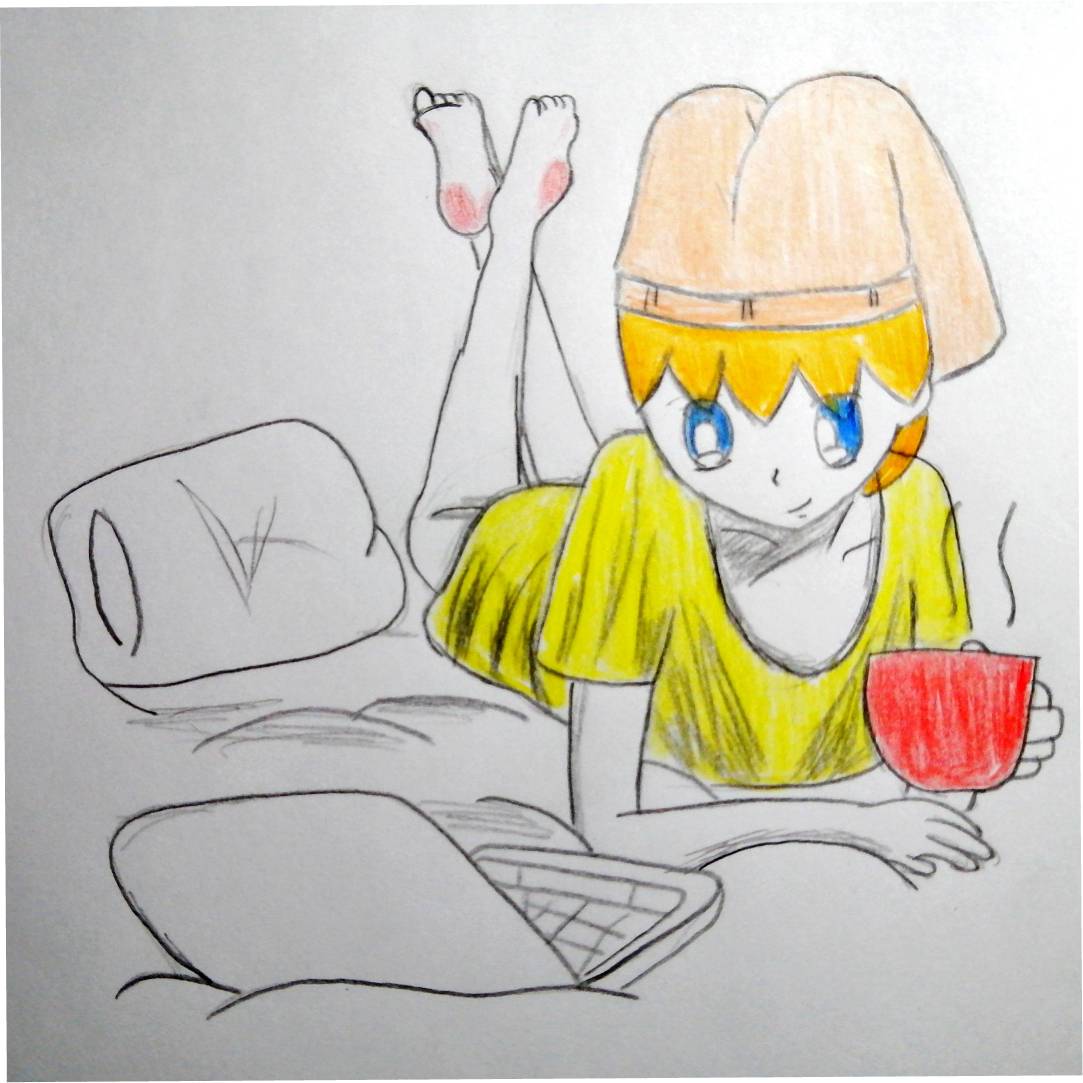 This month has been busy, since the work life is slowly out balancing the anime life and that’s honestly fine. If I can crush an episode a day, then I’m golden. I manage to empty out my PTW list as well if I didn’t tackle Dororo randomly. I had it on my other list, and I kept putting off so I decided to see it and it changed my life for the better.

I’m also slowly building patreon only reviews, so I did a pantsless take on Hotarubi no Mori e this month. The well known prototype of Natsume’s Book Friends certainly didn’t disappoint. I plan on doing more simple reviews on my patreon, and hopefully build a library in there like the collection of word vomits I manage to make on this site. 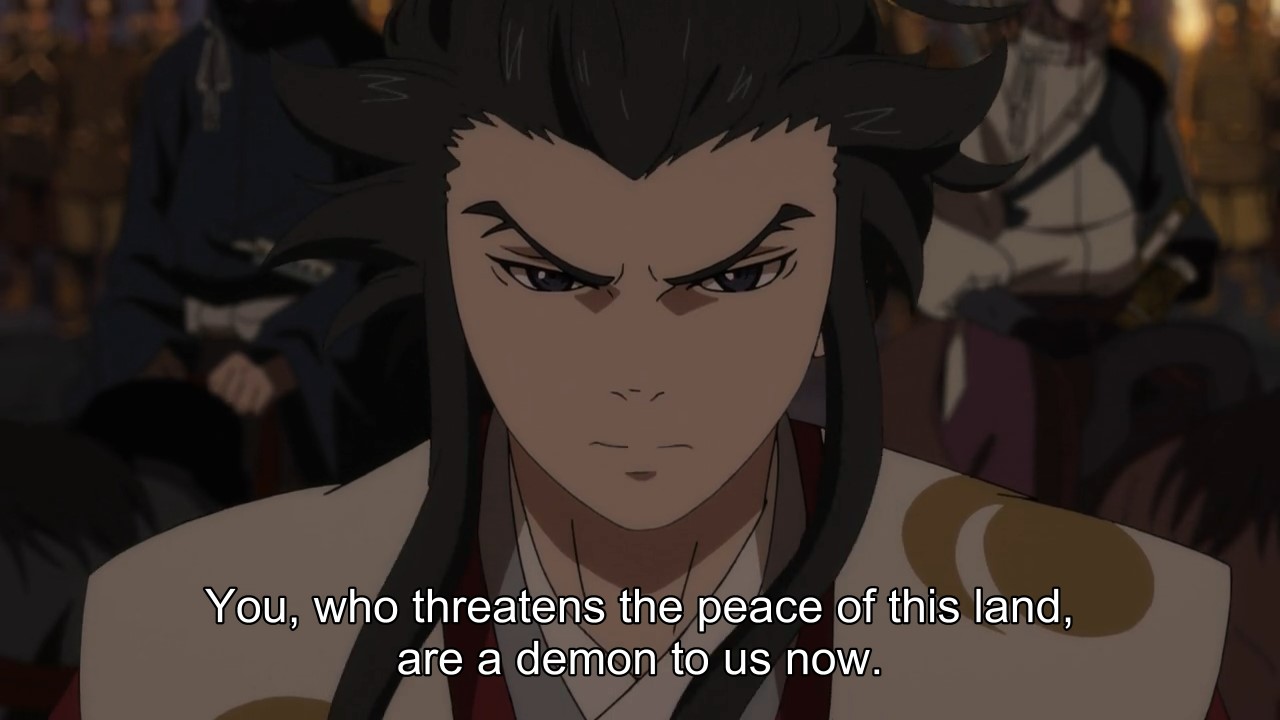 Hyakkimaru’s younger sibling had the best fleshing out in the entire series. He was introduced as this naïve kid at the start of the show wondering why his mom won’t give him attention. He soon realized his mom was still hung up with his older brother, and he wonders if the guy is still alive. The two siblings eventually crossed path when Tahomaru battled a crab demon. The episode showed Tahomaru’s cunning and love for his people as he gathers everyone to make a canal to trap the crab. He always seem to want to be of service to his people and he crave the approval of his parents. Upon learning of his brother though, he also wanted to be civil with him. His heel turn started after the big family reunion. 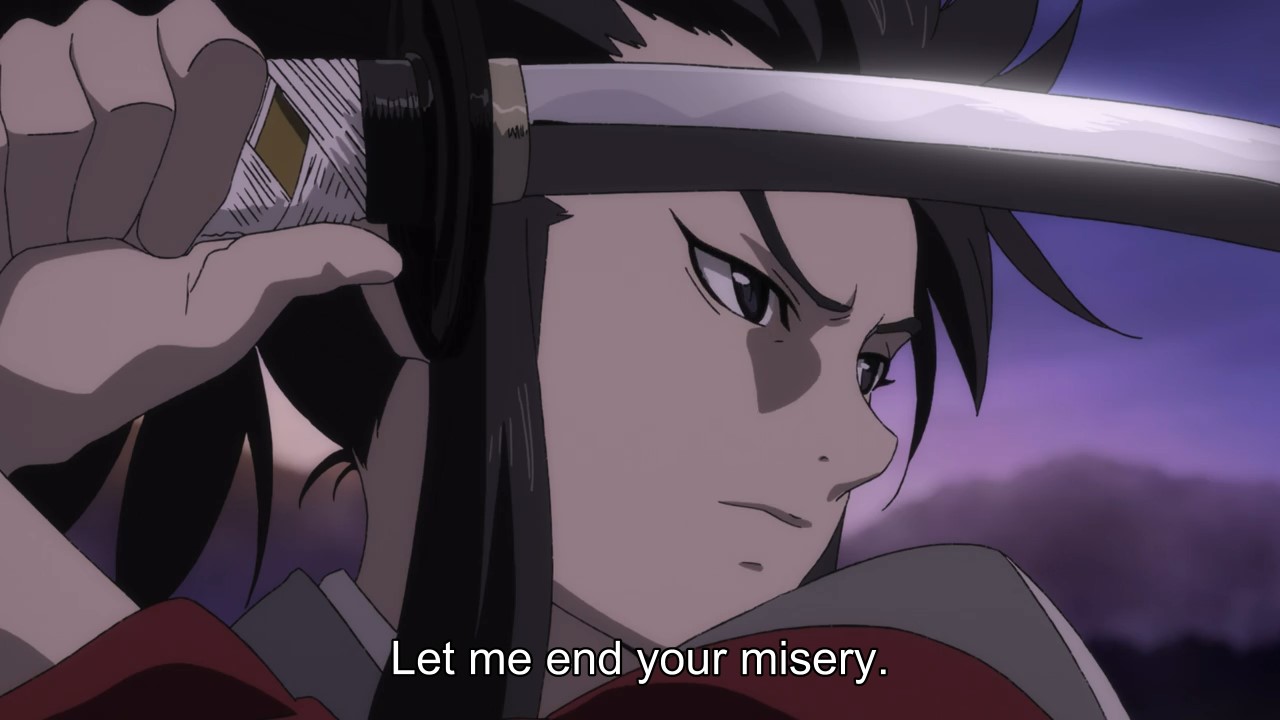 This is honestly a moment of its own, but I’m more focused on Tahomaru’s action. He fought his big brother realizing that he is trying to destroy his father’s territory and everyone that lives in it. Tahomaru had to choose, and he decided that his brother’s sacrifice is needed. The two clashed swords, where he came out the loser, and he has vowed revenge ever since. I love Tahomaru’s character, because I always feel like his change was brought upon by jealousy and he just conveniently had a reason to kill Hyakkimaru. Little brother was always in the shadow of his big bro, so given a chance to eliminate the apple of his mother’s eye then he’ll use the righteous reason of the betterment of his territory to further this cause. His hate runs deep, and he grew desperate when he realized he could never win against his brother. He was so desperate that he even made a deal with the demons themselves.

I consider Tahomaru’s character arc as one of the best thing in the series. It was such a slow burn and you can feel the hated grow inside him. It was so good. His hatred went another level though, because he went to the Hall of Hell and pleaded them to help him and that leads to another great moment of the show.

Kiss Him, Not Me – The Fat Again Episode
Kiss Him, Not Me – Big Brother
Junketsu no Maria – Rape (could’ve titled this much better, but the moment is pretty straightforward)
Dororo – Mio’s Golden Dream
Dororo – An Arm and a Pair of Eyes

If you want to take a look at these moments, then just become a backer. I’ve amassed twenty two moments on patreon so far, and you can bet it’ll get bigger.

For February, this will be my PTW list. If you want to recommend an anime, then you know what to. Honestly, half of what I review now are recommendations from one person. Join in the fun and make me review something stupid. Trust me. Nothing can break me at this point.

If you want your favorite anime reviewed, then simply become a patreon backer. I’ve been putting them as priority these past months. Once I get a good pool of anime, then you’ll also have the chance to actually vote for the anime reviewed next.

But of course, any kind of support does matter. I know I’m not also someone that can afford to help my favorite creators, but simply reading my works mean a lot guys. I’m passing ten years. If you’ve been here a long time then you’re here for the long haul. I appreciate that.

I have zero ideas for a ten year anniversary post. Any thoughts?

If you want me to review an anime, then simply drop by my patreon and become a supporter. There are also exclusive reviews and thoughts on there specially made for my Patreon backers.