END_OF_DOCUMENT_TOKEN_TO_BE_REPLACED

This is review number one hundred and four. This anime is part of the Summer 2011 lineup. There’s not much left in the lineup and I’m really just finishing up ones in the bottom of the list. There are some season 2 of shows I haven’t reviewed though but I’ll do them after I saw their first season.

Anyways, the anime I’ll be reviewing is The IdolM@ster which is a twenty five episode anime about thirteen girls and their rise to becoming popular idols. It’s adapted from a simulation game of the same name. It’s really popular but I hope the anime is good. Let’s read on. 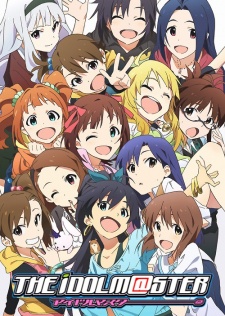