This is review number four hundred and thirty one. This anime is part of the Fall 2014 lineup, and it’s called Sora no Method or Celestial Method. It’s a thirteen episode anime about some cute girls doing cute things while a giant disc is just hanging around in the sky. Shocking twist though, the disc is also cute. Let’s read on. 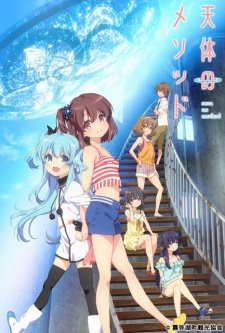 END_OF_DOCUMENT_TOKEN_TO_BE_REPLACED

This is review number three hundred and eight four. This anime is part of the Winter 2017 lineup, and it’s called Masamune-kun no Revenge. It’s a twelve episode anime about a guy ruining his life to ruin a girl’s life or something like that. It’s not really that dark, but I kinda wish it is. Let’s read on.

END_OF_DOCUMENT_TOKEN_TO_BE_REPLACED

This is review number three hundred and fifty three. This anime is part of the Winter 2014 lineup. The anime I’ll be reviewing is called Buddy Complex. It’s a thirteen episode anime about a bunch of robots and a guy travelling through time. It’s a lot more convoluted than that, but let’s read on.

END_OF_DOCUMENT_TOKEN_TO_BE_REPLACED

This is review number three hundred and twenty eight. This anime is part of the Winter 2014 lineup. The anime I’ll be reviewing is called Sekai Seifuku: Bouryaku no Zvezda or World Conquest Zvezda Plot. It’s a twelve episode anime about a little girl trying to take over the world. If you think this show is good by that description then prepare yourself. Let’s read on. 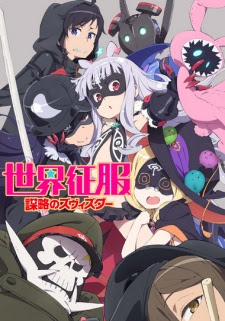 END_OF_DOCUMENT_TOKEN_TO_BE_REPLACED

This is review number two hundred and fifty seven. This anime is part of the Fall 2013 lineup. For this lineup, I have set up a poll where the readers of this site can help me choose the anime I’ll review next. Last week, I reviewed the most voted show called Diabolik Lovers. I hate you all for voting it so high up. For this week, I’d be reviewing the least voted. Rather, the show no one voted for. There are actually a few of them but I’m going alphabetically here. I’ll be reviewing the most voted again next week so if you want your show reviewed, then click on the picture of that cute girl with the words “Review Poll” next to it and cast your vote.

The show I’ll be reviewing is called Gingitsune or Silver Fox. It’s a twelve episode anime about a girl and her fox friend. It’s actually a really surprisingly complex show and probably a big shocker of the lineup for me. It’s really good. Let’s read on. END_OF_DOCUMENT_TOKEN_TO_BE_REPLACED

This is review number two hundred and thirty six. This anime is part of the Summer 2013 lineup. There is a lot of anime in this lineup and I’m barely catching up. I’m doing my best and I am determined to finish my goal. Apologizes again though because I can only crank out one review a week. It’s the best my limited time can provide. Anyways, the anime I’ll be reviewing is Genei wo Kakeru Taiyou, or Day Break Illusion. It’s a thirteen episode anime about a bunch of girls and a talking magical pet that gives them a life of despair. Oh, wait. Wrong show. Oh, wait. It’s not. Let’s read on.