This is review number three hundred and nineteen. This anime is part of the Winter 2014 lineup. The anime I’ll be reviewing is Maken-ki Two. Yeah, the second season of an anime released in 2011. That sounds like a fun idea, right? Oh, wait. This is an Ecchi anime. What the hell. Anyways, it has boobs….and boobs….and some more boobs. Seriously though, this is a pretty good show. The first season was my 49th review. The second season is now my 319th so that’s pretty awesome. You can tell how far I’ve gone from how I wrote those two reviews. I used to do really short reviews. I no longer do them. Let’s read on. 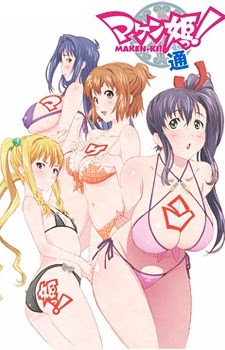