This is review number three hundred and twenty. This anime is part of the Winter 2014 lineup. The anime I’ll be reviewing is called Wizard Barrister: Benmashi Cecil. It’s a twelve episode anime about a girl that’s actually a lawyer and she goes to court. She doesn’t yell “objection!” though so that’s a bit disappointing. The disappointment doesn’t end there though. There are a lot of wonderfully bad things here so let’s read on. 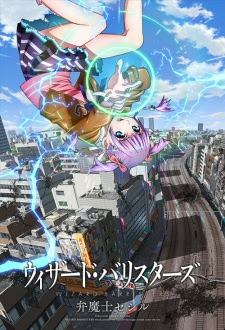 END_OF_DOCUMENT_TOKEN_TO_BE_REPLACED

This is review number two hundred and sixty one. This anime is part of the Fall 2013 lineup and it’s also a show that got no votes in my Review Poll. It’s a project of mine where I asked my readers which Fall shows I should review next. If you want to join in then just click on the picture on the right with “Review Poll” in it and cast your vote. Anyways, the anime I’ll be reviewing is this show called “Sekai de Ichiban Tsuyoku Naritai!” or “Wanna be the Strongest in the World”. It’s a twelve episode show about sexy girls wrestling each other. It sounds good on paper but I think this show could’ve done more. Hey, it has sexy girls wrestling each other. Who am I to complain? Let’s read on.