This is review number four hundred and eighteen. This anime is part of the Fall 2014 lineup, and it’s called Trinity Seven. It’s a twelve episode anime about a guy and his harem. There’s also some magic here, and a lot of naked girls so that’s something. Let’s just read on. 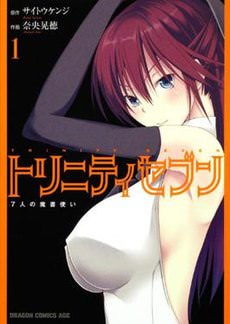 END_OF_DOCUMENT_TOKEN_TO_BE_REPLACED

This is review number three hundred and twelve. This anime is part of the Fall 2013 lineup. The anime I’ll be reviewing is called Strike the Blood. It’s a twenty four episode anime about a guy and his harem. He’s also a vampire and some other stupid sh*t like that. Anyways, it’s a good show but I do have my complaints. Let’s read on. 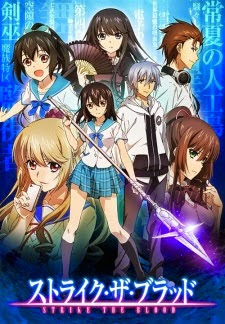 END_OF_DOCUMENT_TOKEN_TO_BE_REPLACED

This is review number three hundred and eleven. This anime is part of the Fall 2013 lineup. I’ll be finishing up all the shows I missed in this lineup for the time being. You can also vote for the shows of Fall 2010 in my new poll already up and running. Anyways, the show I’ll be reviewing is the second season of Magi called Magi: The Kingdom of Magic. It’s a twenty five episode anime about a group of cool characters trying to take over the world. It’s hard to explain the plot and it’s really the main reason why Magi is so awesome. Let’s read on. END_OF_DOCUMENT_TOKEN_TO_BE_REPLACED

This is review number one hundred and eighty one. It’s part of the Winter 2013 anime and it’s a good one. The anime I’ll be reviewing is “Vividred Operation”. I think you read it as Vivid Red Operation but who the hell cares at this point. This is a twelve episode anime about girls transforming into magical girls beating up floating monsters and exposing their legs and other things. Yeah. Let’s read on.

END_OF_DOCUMENT_TOKEN_TO_BE_REPLACED

This is review number one hundred and sixty nine. This is another Fall 2012 anime. My internet connection is super slow so I’m having a hard time stocking up on anime. It took two days to finish downloading this anime and the review took four days. Curse my slow internet connection and my fast anime viewing. This will all fix itself once I start watching the 2013 anime though. Anyways, I’ll be reviewing Magi. It’s a twenty five episode anime about a boy named Alibaba and a boy named Aladdin trying to conquer a dungeon and get the treasure inside. It gradually expands from there though like putting too much bubble liquid in your tub. It’s a great anime though so let’s read on.