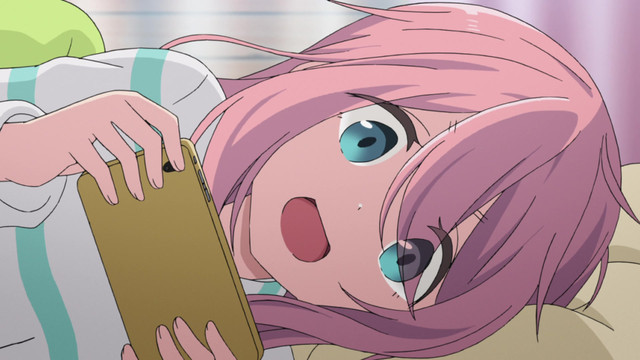 Third part is up! This one is pretty lengthy. I apologize.

1. The Burnout is Real
2. Death of the Author

I started this blog believing that having a rating system is stupid. Like, it’s nonsense to have a number represent how good an anime is. I really just place a number because I was told I needed to. I read some tips by a reviewer, and he said the number is a TLDR kind of thing to your review. Certainly to me, the score helps because it can summarize a sh*t ton of words. Reading my reviews is unhealthy. As I review anime though, a rating scale eventually forms and this is my third tip when you review anime. Whether you like it or not, you will develop a personal rating scale. Even if you don’t put much effort in putting a score in your reviews, you will develop your own scoring system. 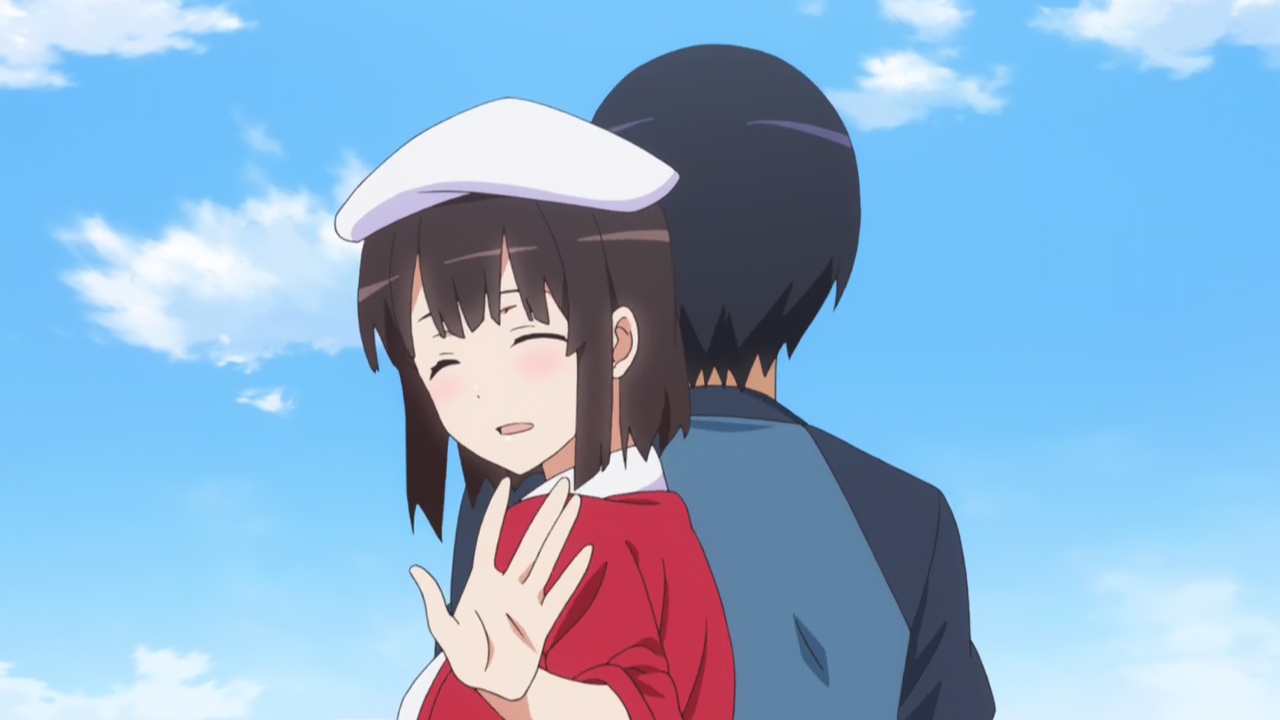 This develops after you watch and review a sh*t ton of anime. It is unavoidable. Some anime will be something you highly regard, and some anime will be something you loathe. Some you will definitely know is mid-tier and some will be almost perfect but not perfect enough. Again, this is developed as long as you keep reviewing anime. If you’re a reviewer that doesn’t believe in a scoring system then simply put, you haven’t watched enough anime to know what counts as a 7 and how it differs from an 8. Now, you might think that I am acting like an elitist gate guarding how a review should be, and even I think so, but a scoring system is inevitable.

Again, I started believing that a scoring system is not needed for a review. I can write as much paragraphs to definitively represent an anime and not sum it up to a number or a grade. I think after the 10th slice of life anime, I just kinda now the current slice of life anime I am watching will rank a six. It now depends on the anime if it will go down to a five or go up to a seven. That’s how my mind works when I review certain anime. It lands on a certain score, and the succeeding episodes will determine how the final score will turn out.

Personally, I’m not telling you to develop your own rating scale. Seriously, it will happen organically. I think by the 200th show, you just know how a certain anime will personally rank to you. So that’s the third tip: keep watching until you have your own personal rating scale. Watch, review and then score an anime. Keep doing it until your personal scoring system is established. You actually don’t need to put a score in your review, but you will know how it ranks to you. Does that make sense?

Ok, now the fun part, let’s take a look at my personal rating scale. I’m not saying this scoring system is right or something you should follow, but this is just to give you an idea how I personally score an anime. Let’s start with my definitive 1/10. 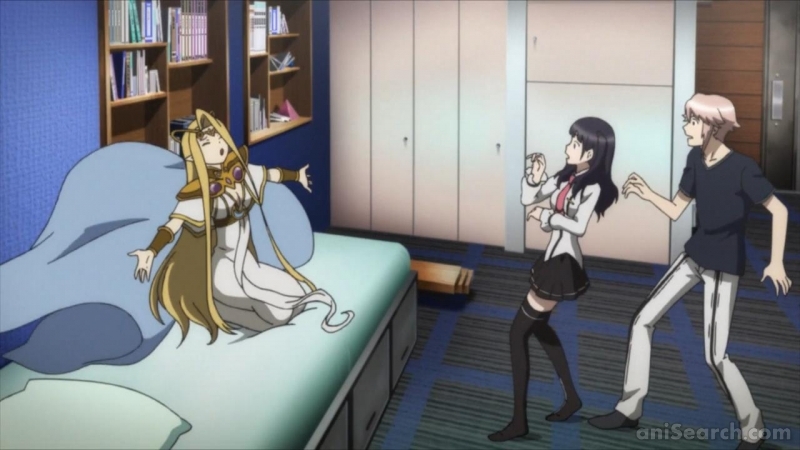 I’ve only given two shows this score. My definitive one is Z/X Ignition. Why? It makes much more sense when you know my definitive 2/10 is Shirogane no Ishi Argevollen. I consider Argevollen as the worst anime I have seen. I dare you to watch this anime and not feel pain. Awful characters, awful story, horrible animation and a directionless pace. Argevollen is a clunky show that was clearly made out of spite. Why is the worst anime not a 1/10? Because shows of one did not make me care. It was so bad that I did not give two sh*ts how it made me feel. After I watched Z/X, I didn’t care about it. It also has awful characters, awful animation and a directionless pace but it didn’t elicit a reaction out of me. This distinction was what made Glasslip rank 2/10 for me instead of joining the number one club.

Now let’s skip to the 7/10 group. If you go to MAL, a regular user will rate an anime in this range. An OK anime will be a seven, and this is really where I start too. If you can finish a show, then it is an OK show. It had something that made you want to watch it. Honestly though, a true OK anime is a five so why are OK shows being rated a seven instead of a five. I think it’s because five is too low of a score for something we finished. But sure, let’s now think: what makes a show a five? 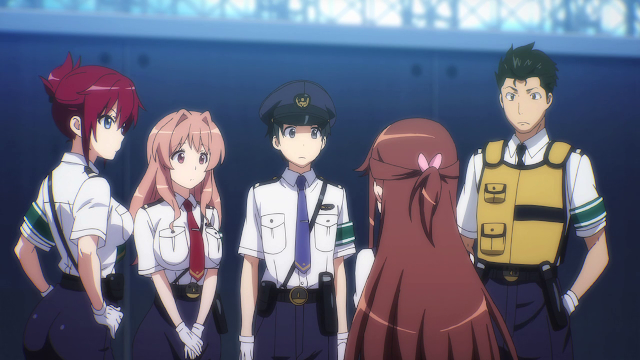 If sevens are good, then five should be OK. Here are shows I ranked in the 5/10 group. Rail Wars, Buddy Complex and the second season of Chuunibyou. A wide net, really. An ecchi, a mecha and a KyoAni show. How did they get bunched up together? A five for me is really truly mediocre. They are OK. It’s not bad enough to make me rant and not good enough to make me gush. Not one aspect of the show is noteworthy. Rail Wars was entertaining but wholeheartedly retarded. Buddy Complex is 100% retarded, but the animation is entertaining. Chuunibyou 2 is gratingly cute, but you can’t deny KyoAni’s in house effort. They are truly OK, but something we can honestly live without.

If a five is truly OK, then what makes a 6/10? It’s between good and OK. We established the OK, then let’s establish the good. Simply put, a light novel anime. There is effort enough and it’s decently present. Highschool DxD is my ultimate seven. If there is effort enough but it’s badly presented then it falls to a 6/10. This would be Sunday without God. DxD had a fun ecchi concept, and SwG also had a cool “bury the zombies with my shovel” premise. DxD excels in its unabashed dirtiness that makes the show really good. If you’re gonna watch an Ecchi, then DxD’s effort is good. Sunday without God had the premise, but the pacing faltered. This is common to light novel shows. You’re hooked with the initial premise and I’m mostly watching it to see how it will botch the story. Sunday without God crumbled at the end. It’s not mediocre thanks to its initial premise, but flawed enough not to be good. I guess it’s fine. A six is fine. 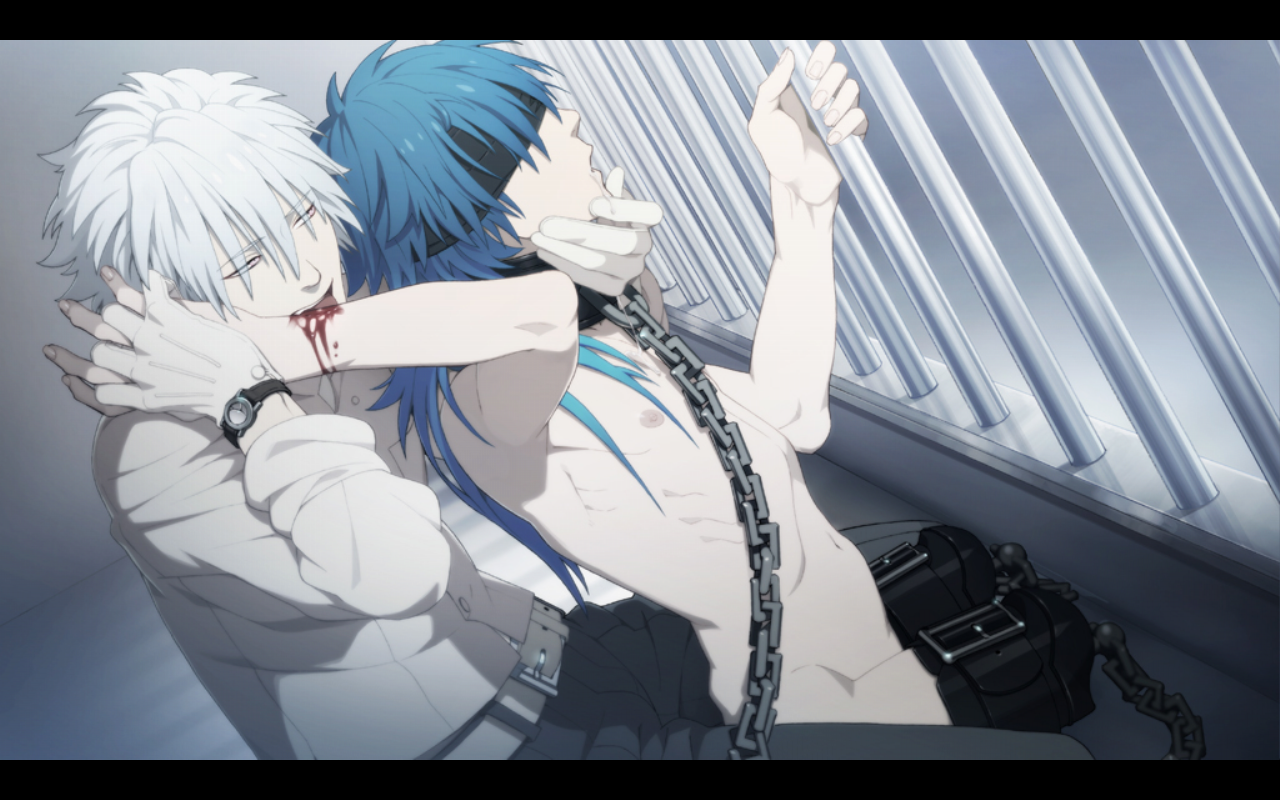 Now, a four. My definitive show for this group is Dramatical Murder. Yes, the visual novels usually end up here. It’s honestly a hurdle from 4/10 to 6/10. These shows play around in this group, but I won’t be surprised to see them fall into the fours. It is below mediocre. It is below OK. It’s an inverted six, really. If a six is a flawed good show, then a four is a good flawed show. It’s undoubtedly bad, but it has its charm. A visual novel is often ruined by its own existence. You can expect the long hours of gameplay will cripple the shows attempt to be good. Dramatical Murder has promise, but you just know its promise can never be met. It’s really just flawed in its design, so it’s a good flawed show.

A 4/10 is flawed but good, and a two is absolutely awful. So what makes a 3/10? Again, it lies in between awful and flawed. I honestly have a soft spot for 3/10 shows because I know they are bad, but not bad enough to make me hate them. M3 the Dark Metal falls here. The show is infuriating, bad in its own right, but it has its moments. I ranted endlessly about how much I hate M3, but is it as bad as Argevollen? No. M3 had a premise, it had a direction but it just crumbled in the end. You could say I gave one point for its early effort. So it’s not awful, but it’s more like a bad anime. They fall here. Really, an original screenplay lands here most of the time. M3 is the ultimate example of that. 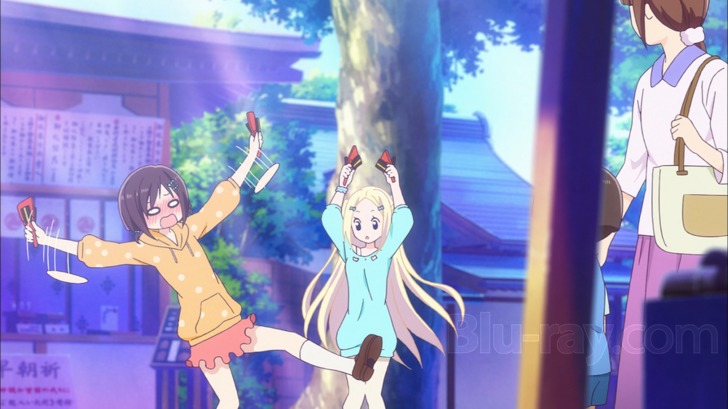 Now let’s talk about the 8/10, 9/10 and the 10/10. Honestly, an A1 Picture or a Production IG show starts here. I had Guilty Crown up here in its first episode and it just slid off entirely. 8/10 is great. I have ranked many anime here. An enjoyable shounen like Magi is in here. A hidden gem like HaNaYaMaTa is in here. It’s easy to spot an eight, because you just know it’s able to hit the right notes. I often just wait how it will climb into a 9. These are the greats. The pinnacle of animation like Haikyuu, the awe-inspiring ones like Your Lie in April, and the solid storytellers like Silver Spoon. A 9/10 is an anime you can look back to fondly knowing it had an experience that truly stood out. It had an element so strong that it separates itself from the good ones. These are shows you will rarely cross path with, so you truly know its special in its own right.

But what separates a 9/10 to a 10/10? I believe I already talked about how I score a ten, so I won’t repeat myself. You can read it here. I think I already did a post explaining my rating scale too in the same post. Consider this an updated post regarding the topic.

Share your own rating scale below. Till the next one, see ya.