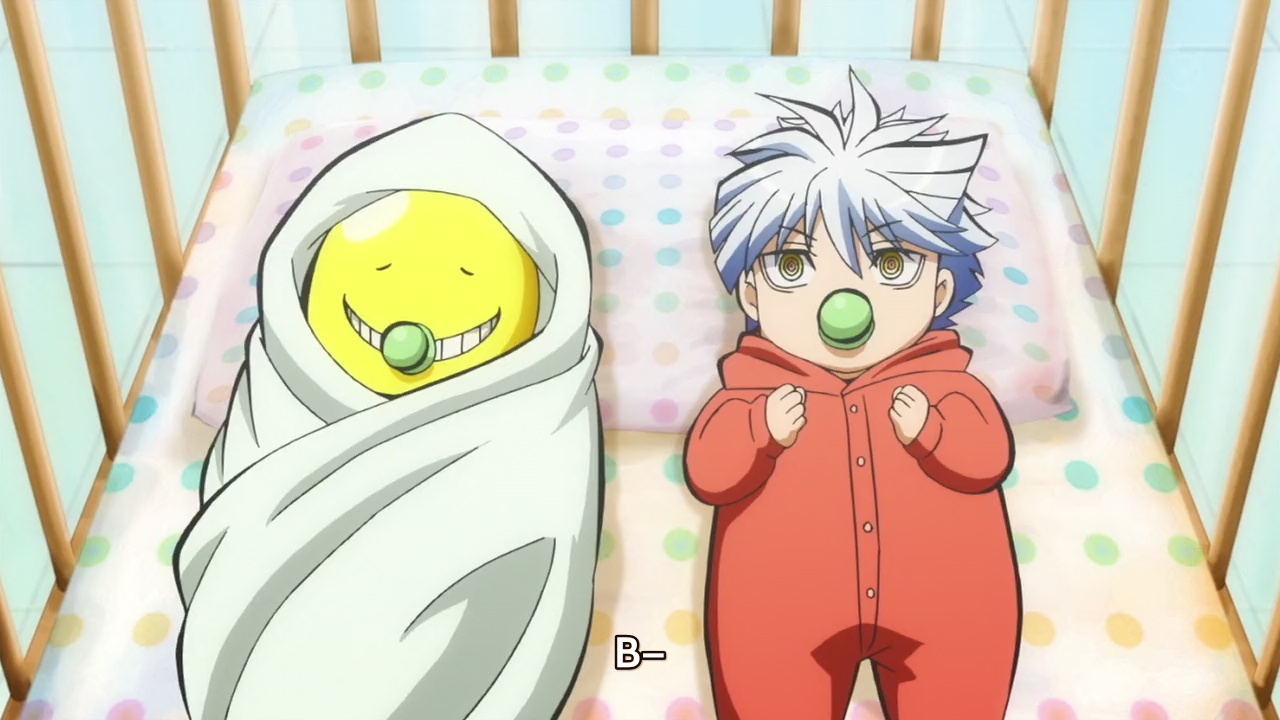 Having a lot of free time sucks. I can’t wait to start stressing over my new job. For this month though, I decided to catch up on some anime. Here are some of my favorite moments from the shows I’ve seen. 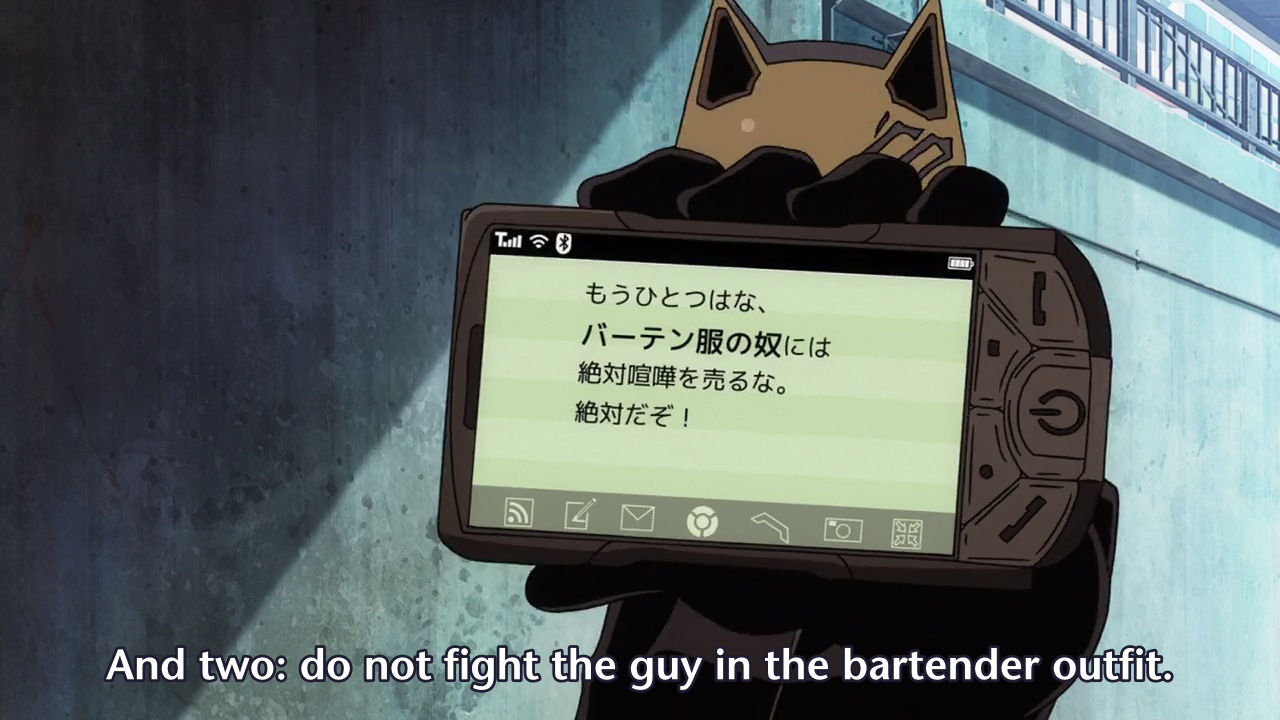 Did you guys notice that Shizuo was all over the place in the second season? He gave the leader of that out-of-town biker gang a good beating, he created the mess between the bandaged Russian and the psychopath actress, and he was in the middle of the sh*tstorm in the loli with the stun gun’s story.

Damn it, I should learn names.

But it’s really refreshing to see one character act the way he did back in the first season. Celty played up her tsundere side a lot more in this season and it was a bit off putting for me. Izaya didn’t really act his usual chaotic neutral role, and the otakus in the Mahouka van are apparently important people now. It just doesn’t feel the same. You can count on Shizuo though answering all his problems with his fist and I just love how even Celty would warn people not to pick a fight with a guy dressed in a bartender outfit.

As for moments, my fave would be him kicking a car like a rock trying to chase down the Russian assassin, and this was made more awesome when he strolled into the big fight of the second season with a bike on his shoulder. This isn’t really a moment by Shizuo but seeing his little bro act opposite his personality is kinda cool as well. 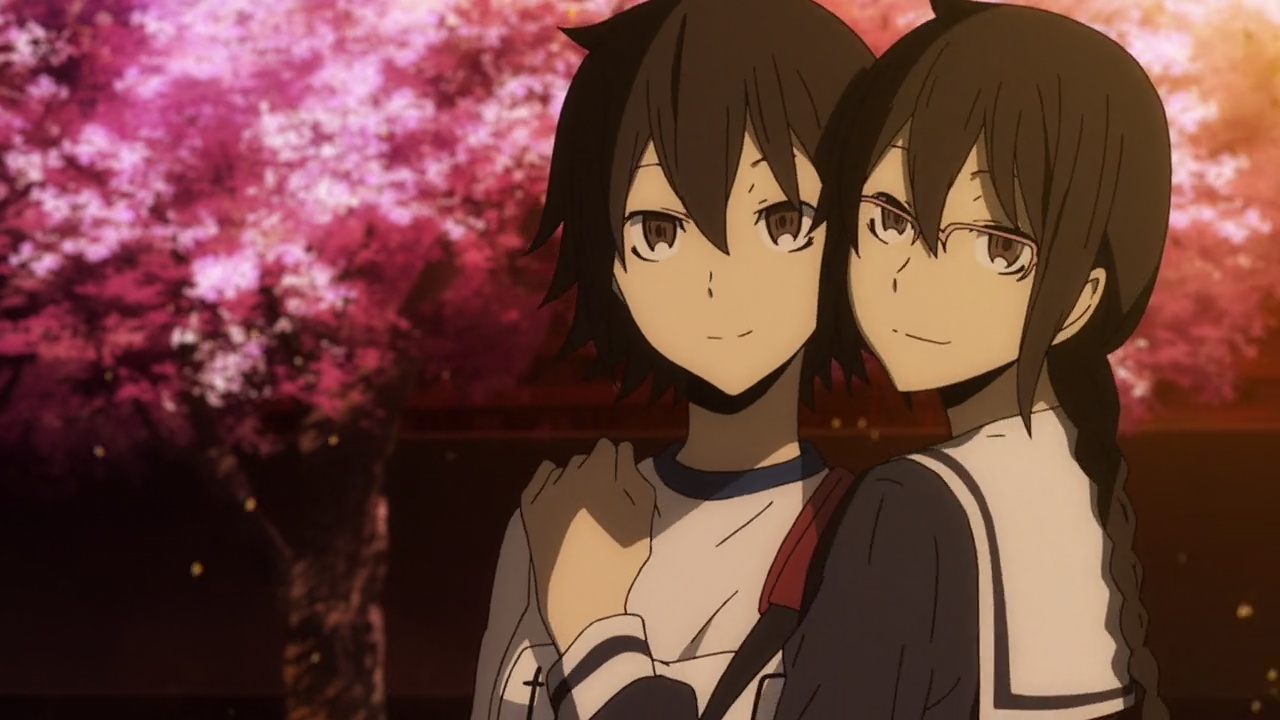 They flipped a coin to decide each other’s personality, but they don’t really fall far from the chaotic tree. They were lightly featured in this season but seeing one of them threaten to put thumbtacks in a girl’s mouth is an awesome moment. One of them thank a dude by kissing his lips, and the other sister kissed him too for sh*ts and giggles. They also somehow befriended a Russian assassin, and it just kinda keeps me hopeful how much of a forest fire these two are going to bring in later seasons. 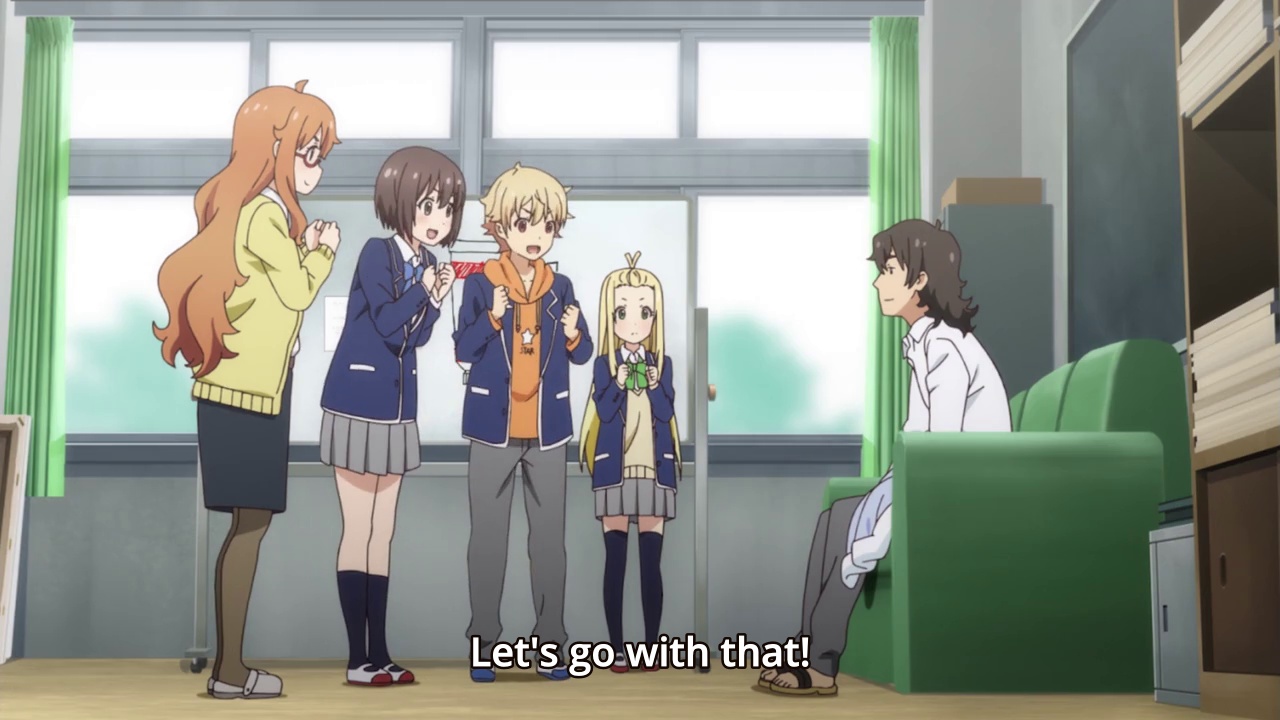 Club anime should focus on club activities, and excluding the pool episode, this was the only club activity the art club actually did in this anime. It was also the best moment in the show. Seeing all the characters come together to create a big paint tube out of cans is pretty fun to watch. I still don’t understand why this anime never capitalized on its one good trait, since seeing all the past characters come together is also a feel good moment to make the experience worthwhile. This moment was made even better when they excitedly assembled the giant paint tube inside their art room only to realize their exhibition is at the gym. 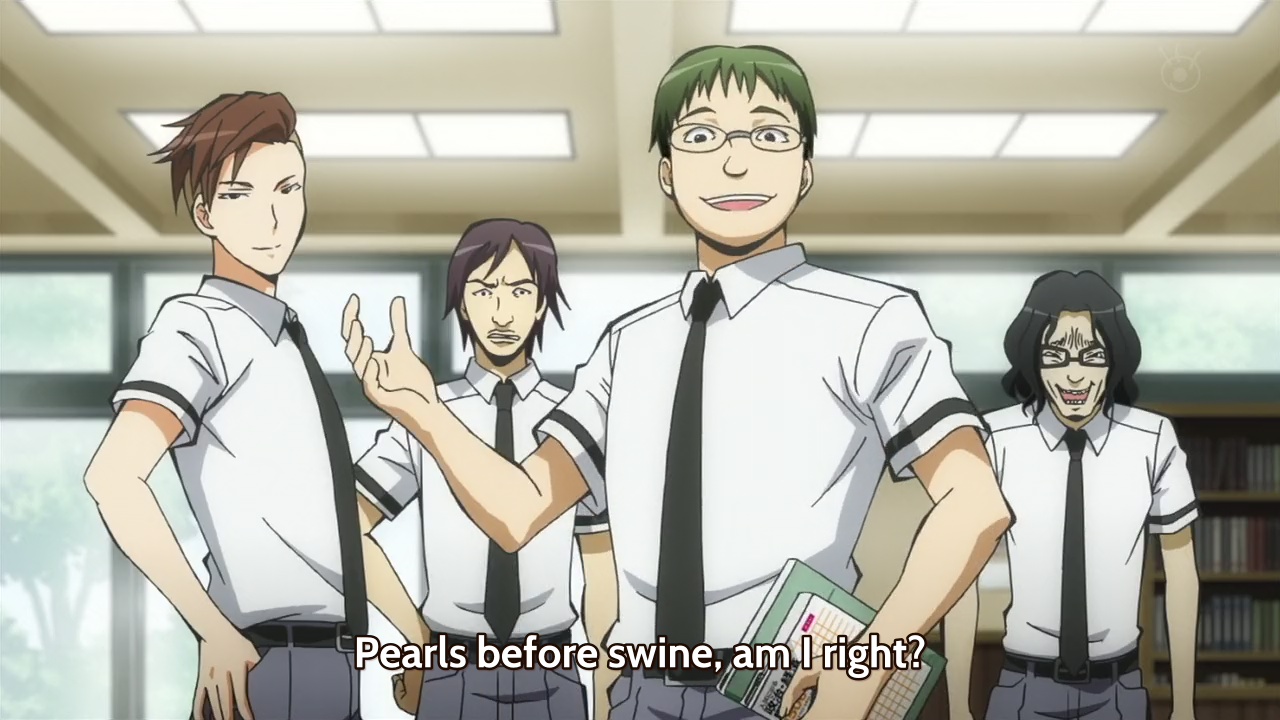 I still play episode 16 from time to time just because I enjoyed the hell out of it. Class E is always considered the worst class ever with students deemed the worst on the campus. They were suddenly turning things around though, and they could’ve gotten high scores in their midterms if it weren’t for the principal’s underhanded move. Class E did get their heat back after winning a baseball game against the school’s best players, and the rubber match was set. Class E wanted to top all the exams but Class A is having none of it. The principal is also determined to keep the class down, since their role as the worst ever motivates the rest of the school. Unfortunately, they have a speedy tentacle teacher out to help them. With bragging rights, a bet against classes and two educator’s stance on teaching up on the line, the final exams commences. 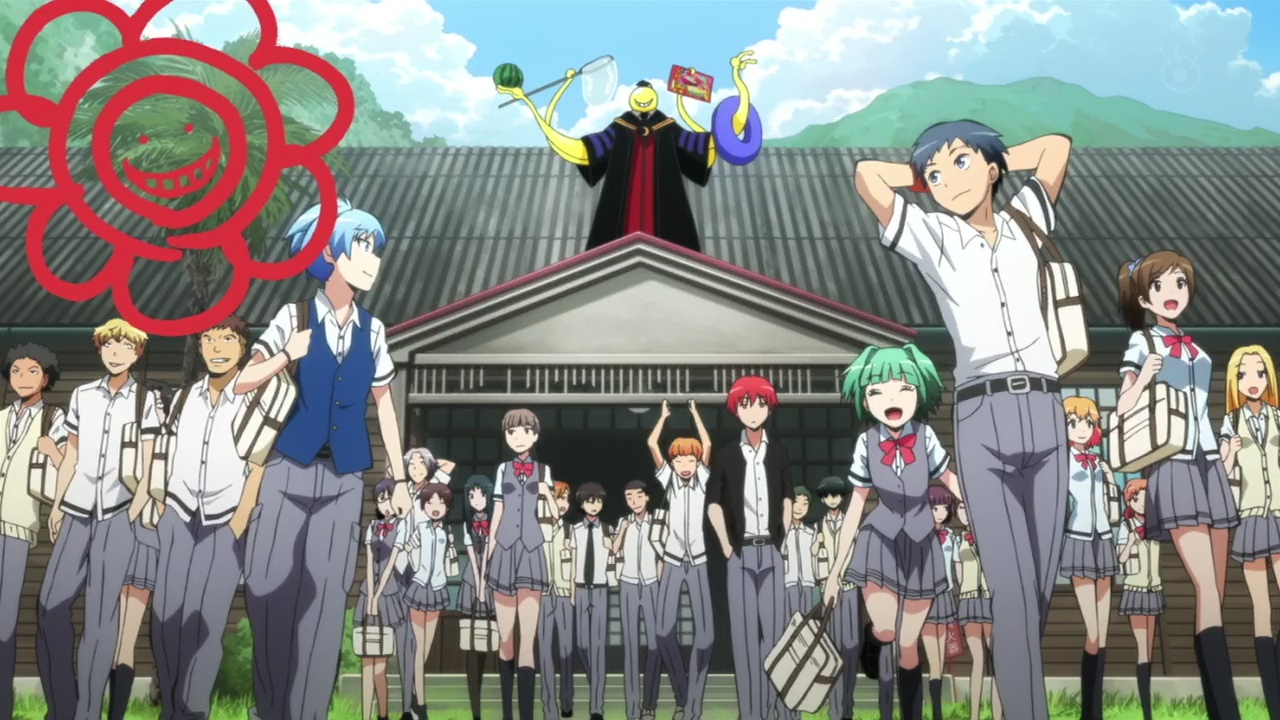 Class E topped 3 out of five subjects. This episode had a lot of cool moments. From the over exaggerated dragons standing in for their exams to the way Class E brags about their offhand knowledge. The best moment for me though is seeing the final assembly with Class E feeling proud of their accomplishments while the rest of the school is upset knowing Class E beat them. It’s a powerful scene considering their first assembly was just an excuse to mock and look down on the class. Well, not anymore. 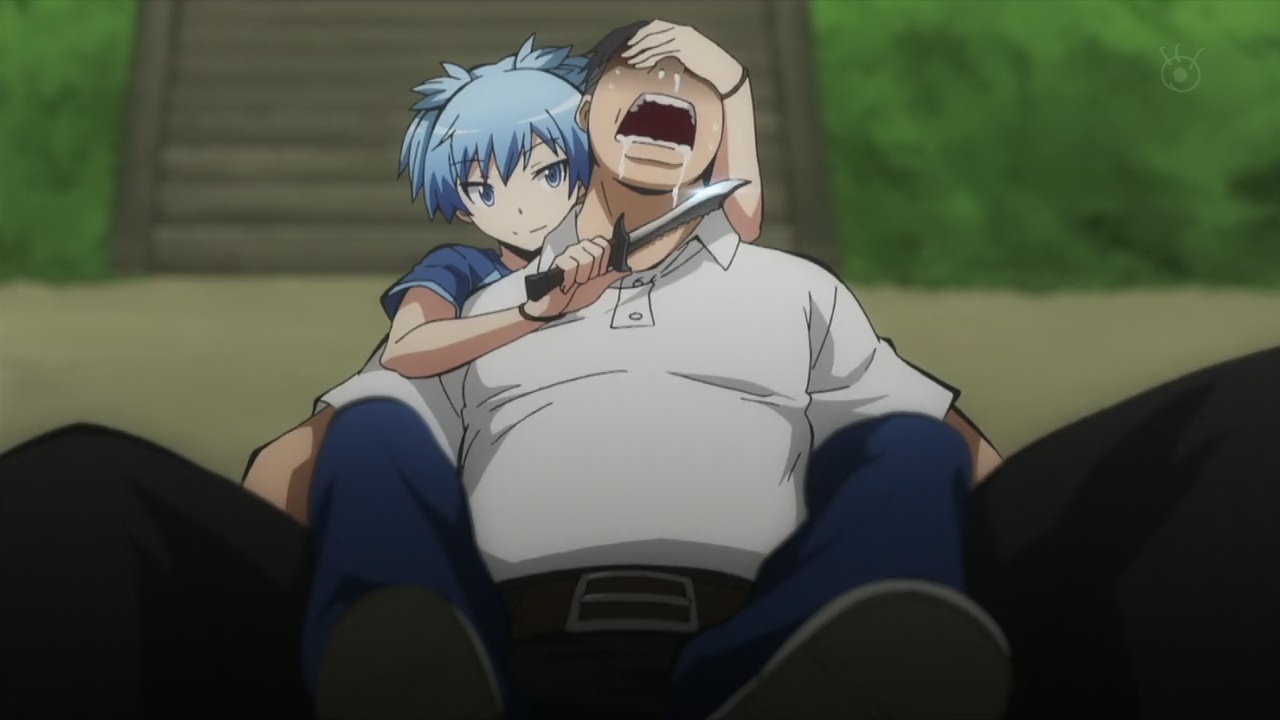 Nagisa has always been the one, I feel, is worthy of ending Korosensei. It was during the first episode where he went in suicide bomber style that impressed me. As the training progress, their assassin teacher eventually sees potential as well. He even brought down a big ass dude that slapped the taste out of one of his classmates. It was awesome, and his takedown was even better. He was like a cold psychopath. It gives me chills every time I remember it. 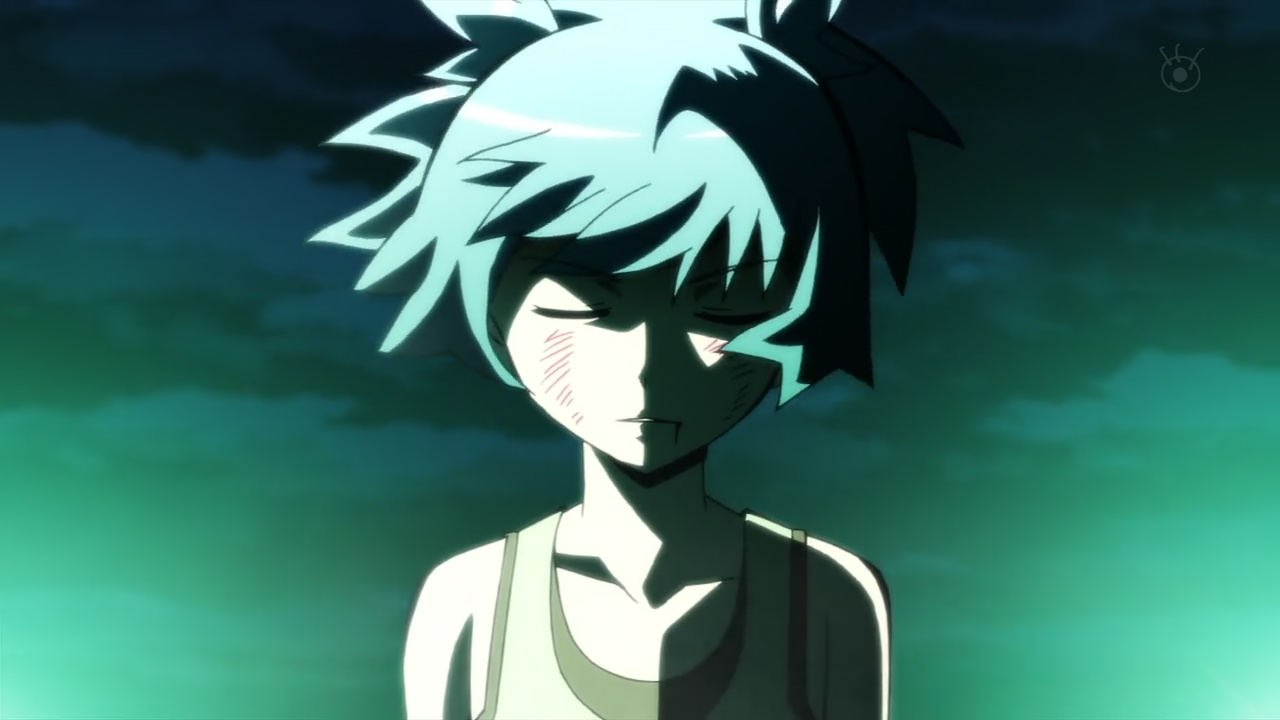 The moment I’m talking about though is in the final episode where the big dude went insane over his loss to Nagisa that he set up an elaborate revenge scheme just to fight him again. This time Nagisa is even more impressive flashing that deadly smile while he finishes his opponent. My gawd, I often lie in bed at night wondering how Nagisa will kill Korosensei. I know I could google it, but shut up. And don’t post any spoilers in the comments.

Death Parade – The Will to Live on 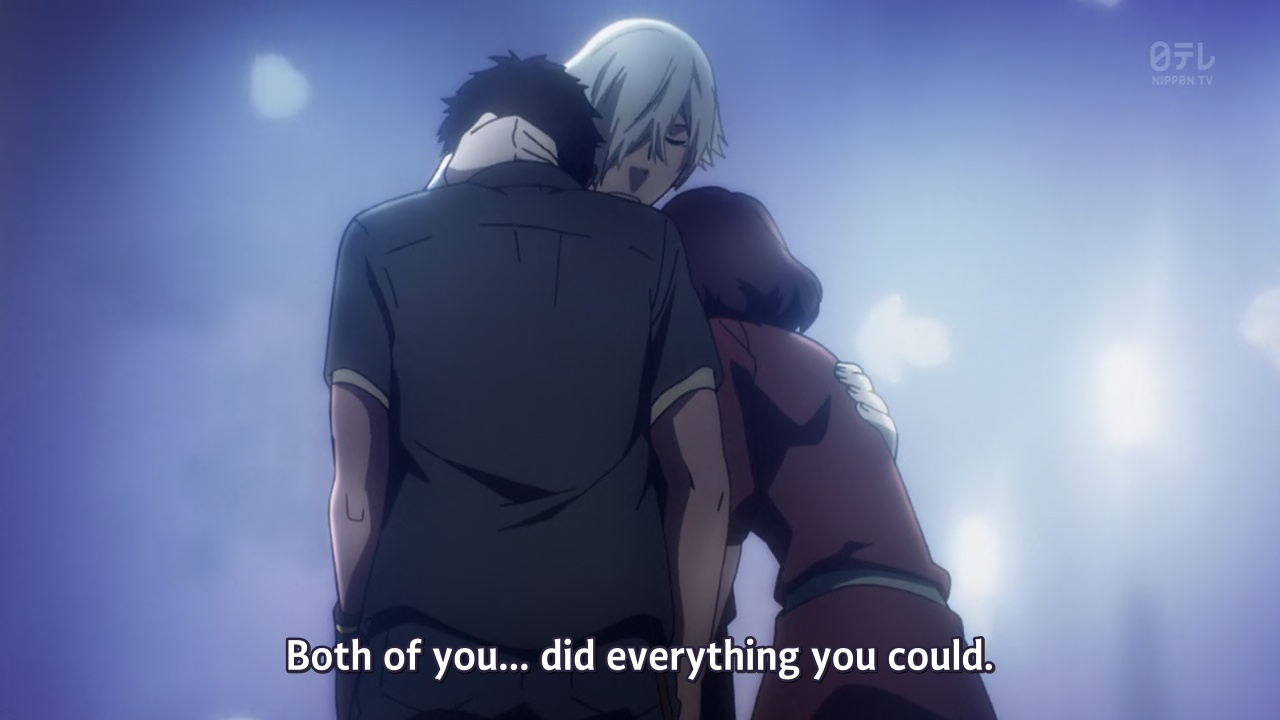 Episode four will always hold a special place in my mind, because this particular episode is just so well written. It features an arcade game against a woman that clawed her way out of a miserable life against a guy that ended his life out of guilt and frustration. The episode ends with the guy getting resurrected, and the big factor was because the woman smashed the dude’s head repeatedly during their game of arcade. That was the ultimate deciding factor, I believe. For me though, I believe the guy that committed suicide should plummet to hell. 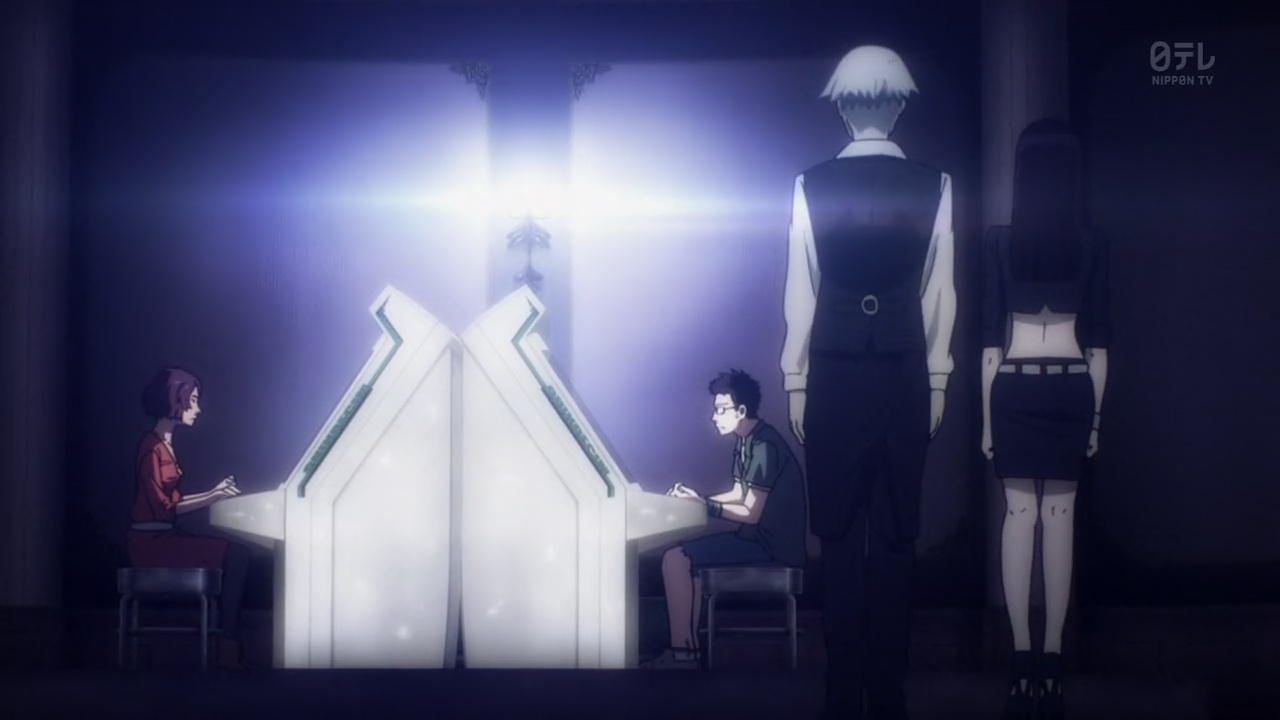 Never mind my Catholic upbringing, but I just consider suicide to be a very bad thing to do. I’ve seen people die in their hospital beds asking God for more time. It will ruin your life. Seeing people end theirs just feels like a waste. Now, I’m not saying suicidal people are awful people. No, I just think there is always a way and this was a lesson the woman learned personally. She grew up as a rebel, became a mother at a young age, married to an abusive person, but somehow stitched things together wherein she’s now a local celebrity. Of course, the woman had it all coming to her. It’s her bad judgement and all that. Even her death at the hands of her secretary felt deserved, but the guy getting resurrected just never sat right with me.

I love strong writing like this, since it’s the kind of story that applies to all. In my opinion, it’s a modern day masterpiece. Check it out for yourself. 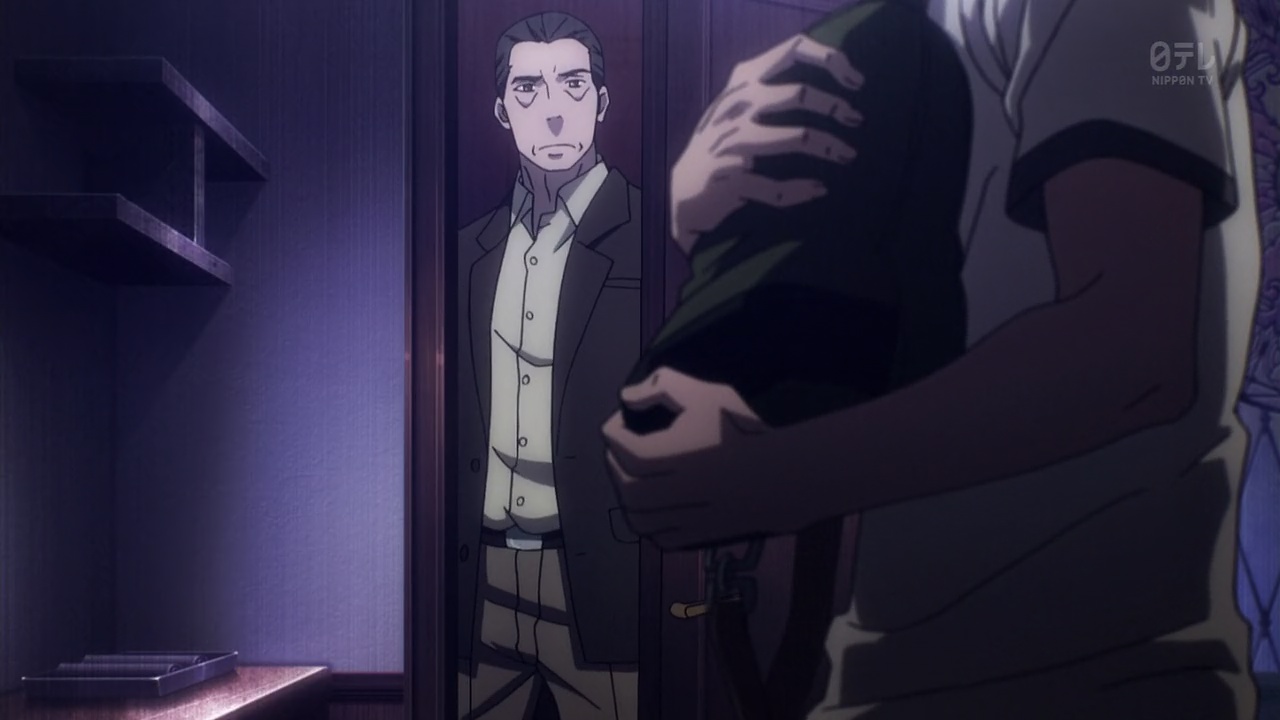 I’m miffy on the details, but basically two dudes died. They are both killers, but one turns out to be worse than the other. One killed his sister’s rapist while the other is a dirty cop with a God complex. To make matters worse, his sister explain that there were two people on that day. One raped her and the other watched. It was the dirty cop ensuring his next target, the rapist, commits the act that will get him a personal death sentence from the cop. The other guy got to the rapist first though, and he inadvertently killed the cop as well. At this point in the episode, the cop just turns demonic and he explains his twisted act of letting the rapist get to his sister first.

I mostly remember this episode because of how powerful it is. The way the boy turns dark and the way the cop turns darker illustrates how complex humans are. They’re too complex for any other being, almighty or not, to really get a handle on.

This is a Thai movie about a bunch of students cheating their exams. The format is super impressive though, since it’s like a bank heist movie with all the suspense and excitement that an Ocean’s Eleven movie could give you. I was screaming at my laptop watching the characters cheat knowing that they might get caught. They got super daring as the film explodes into its climax, and I was seriously in love with the film after it ends. It’s not really original, but it’s different enough to stand out as something original. The story has certain twists that feel refreshing to watch, and the actors really made me care. It’s a shame I don’t review movies, but I seriously urge you guys to try this amazing film.

I am strangely into watching European films for some weird reason. Their language is kinda AMR-ish to me. Before this movie, I watch this indie film called “303” and it was super pretentious. It also checked the box for a lot of indie tropes, like going on a road trip and finding out the meaning of life. The actors are incredibly hot though, and it currently has my favorite kissing scene in a movie. Given my new found fascination for European films, I sought this film out. It’s about two best friends betting that they can’t last without any of their things. They bet that they can survive 100 days with only their birthday suit then getting back one item a day. With the fun premise, you can bet hilarity will ensue. I love how the Germans structure their films, because it has enough comedy but their casual culture still seeps in. They also have this wonderful message that was delivered in a simple and meaningful manner. Of course, this also features two especially handsome people. My gawd, these dudes are attractive and I’m more uncomfortable praising something German than admitting that they’re hot. I’m currently seeking out more European films, so comment below for some good ones.