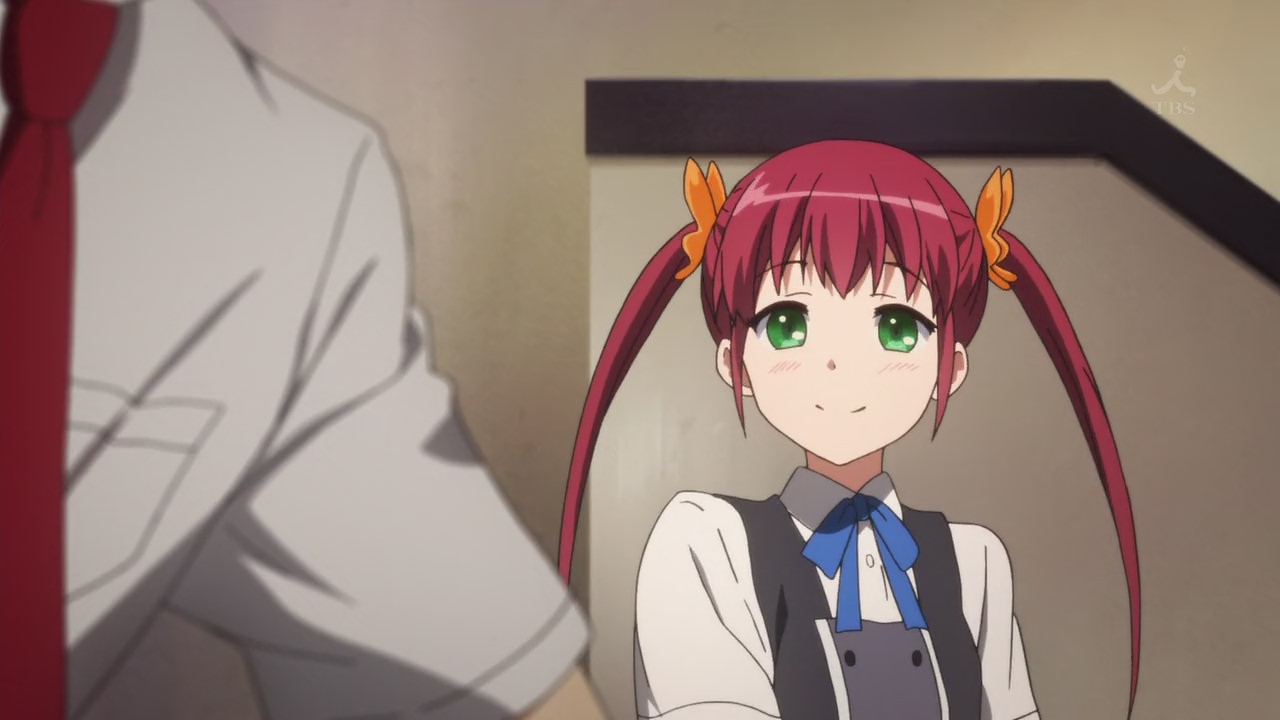 For my number eight thing I learned this year, it’s all about references and the ones that makes a specific group of people smile.

8. The Special Secret Relationship of the Fans of the Original Source and the Anime Staff 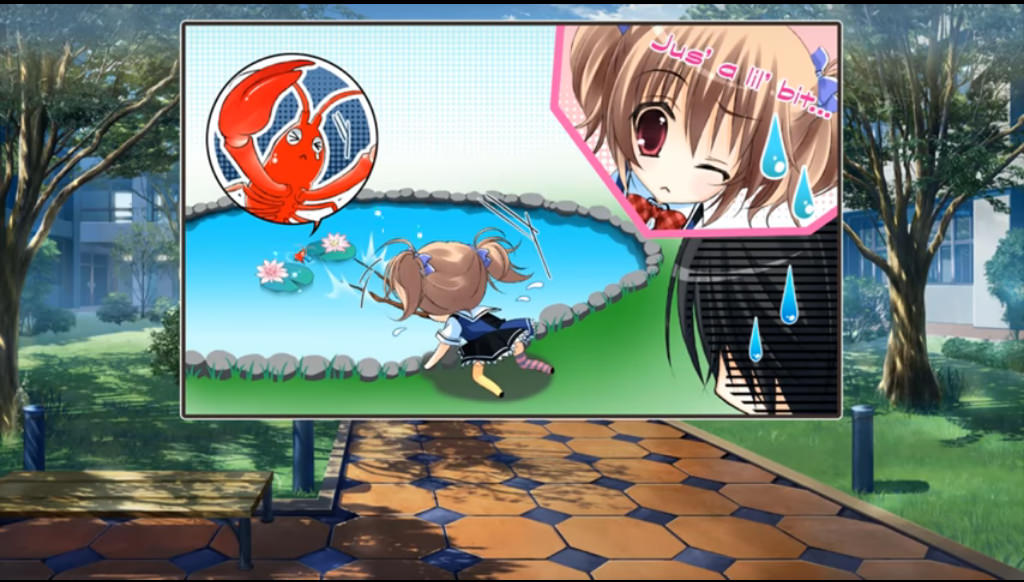 One thing I really wanted to do in my sixth year is continually improve my reviews. I focus on other things that’ll help my review. I have a good handle of anime reviews that I can skip character introduction. I no longer talk about characters, and I actually learn that I don’t need to. But that’s for another post. One thing I really wanted to try is to dig up the original source and compare the anime to it. This means that I don’t just watch the anime, but I also try my best to feel the intention and spirit of the original source. There’s an interesting dichotomy between a very good adaptation and a really bad one. Thanks to checking up on the original source, you can actually tell if an adaptation is bad. 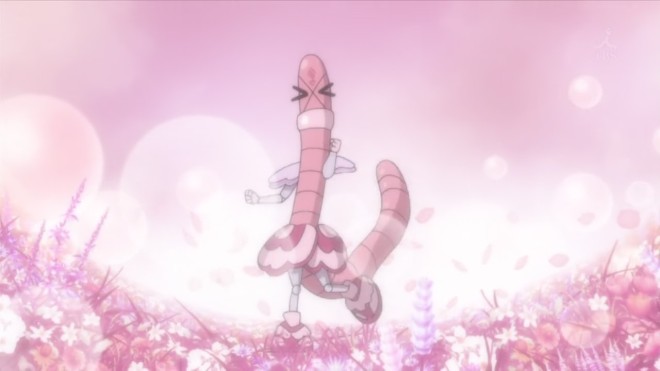 A good example of this is my review of Ore no Twintails. As I keep watching, I just knew the anime killed the adaptation and my hunch was right when I did check out the original source. That’s a good example of a very bad adaptation. The anime itself is bad in general, but how much of the original it ruined also had a strong hand in it. Good adaptations are different, because you just know so much care is given to the anime. A good example of this is Nana. I didn’t have to check the source, because the anime is so damn anal about the adaptation. It even made sure it captures the anime’s era of 2001. The anime aired 2006, but calendars in the anime would be 2001. Cellphones that came out in 2001 is adamantly used, and CD players are used by characters despite the Ipod having strong influence in 2006. A good adaptation knows how to deliver detail, and there’s also something I discovered about details. 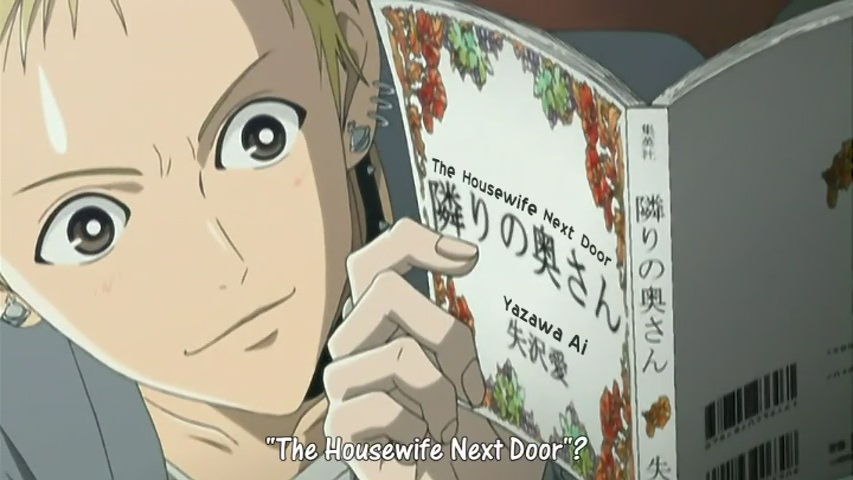 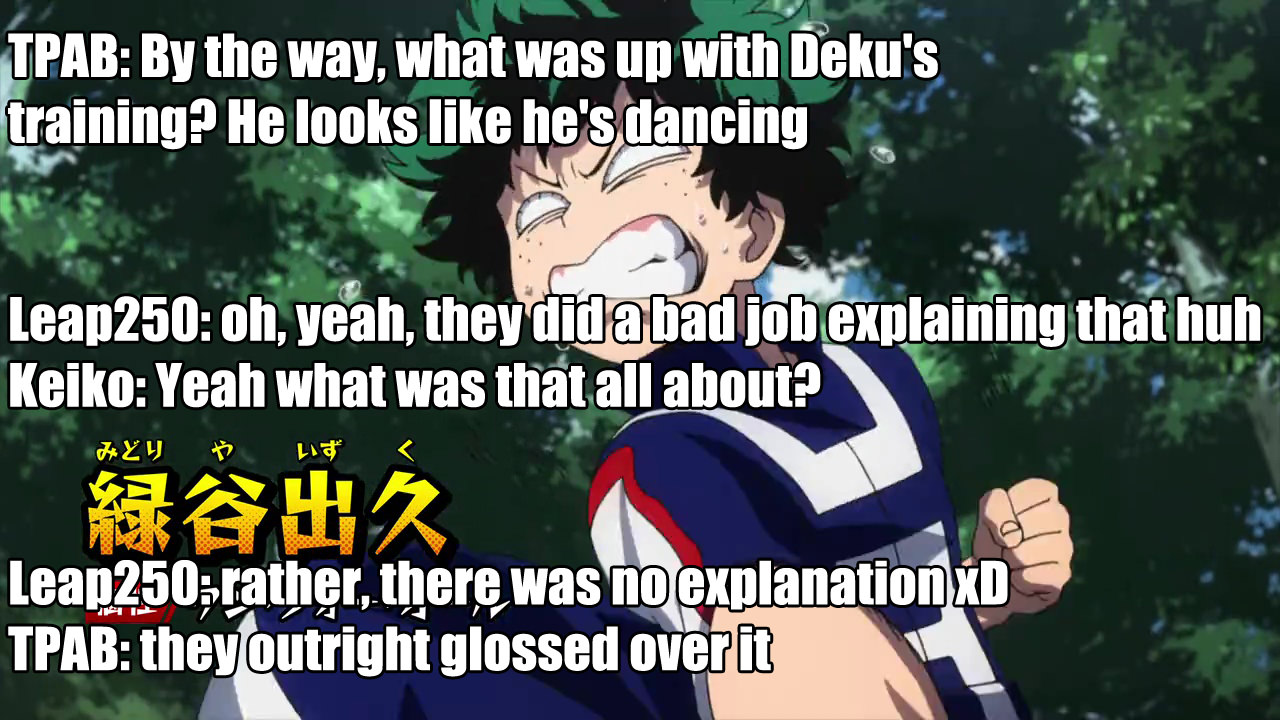 An example of this would be in Boku no Hero Academia 3. During the training sequences, a narrator would tell us what each character is doing. It’ll feel weird if they don’t explain why Shoto is in a drum cooking himself, but after all that explanation, they deliberately left out Deku’s training. Did you notice he was dancing weird? They never explained that, and I do believe that’s a reference meant only for the readers. BokuAca is such a faithful adaptation of the source, so a small thing like glossing over Deku’s training explanation won’t really ruin the show. Except an explanation exists and only the reader and the anime staff knows about it. Pretty cool, right? 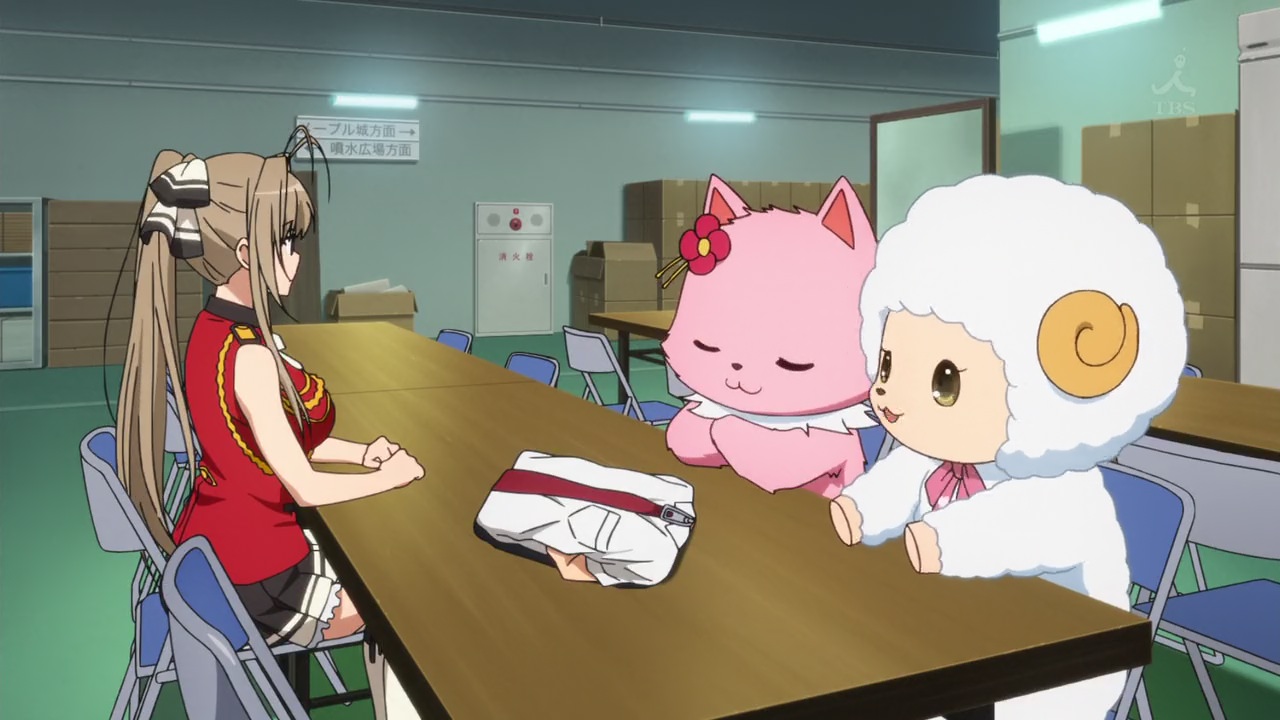 I first noticed this small detail when I was reading up on Amagi Brilliant Park. Dude, they turned a blind woman into a generic moe character. But, more to the point, KyoAni always had their fans in mind when creating anime. Turning the rat mascot into the one from Fumoffu is a reference for anime viewers, since, yknow the author of both shows are the same and KyoAni also did FMP: Fumoffu. They completely ruined the adaptation of Amaburi though. They knowingly rearranged the story, gutted it out and reassembled it to fit their moe mold that dominates the industry. F*ck them. But anyways, there is one scene in the anime that was a smart reference to what KyoAni did to Amaburi. 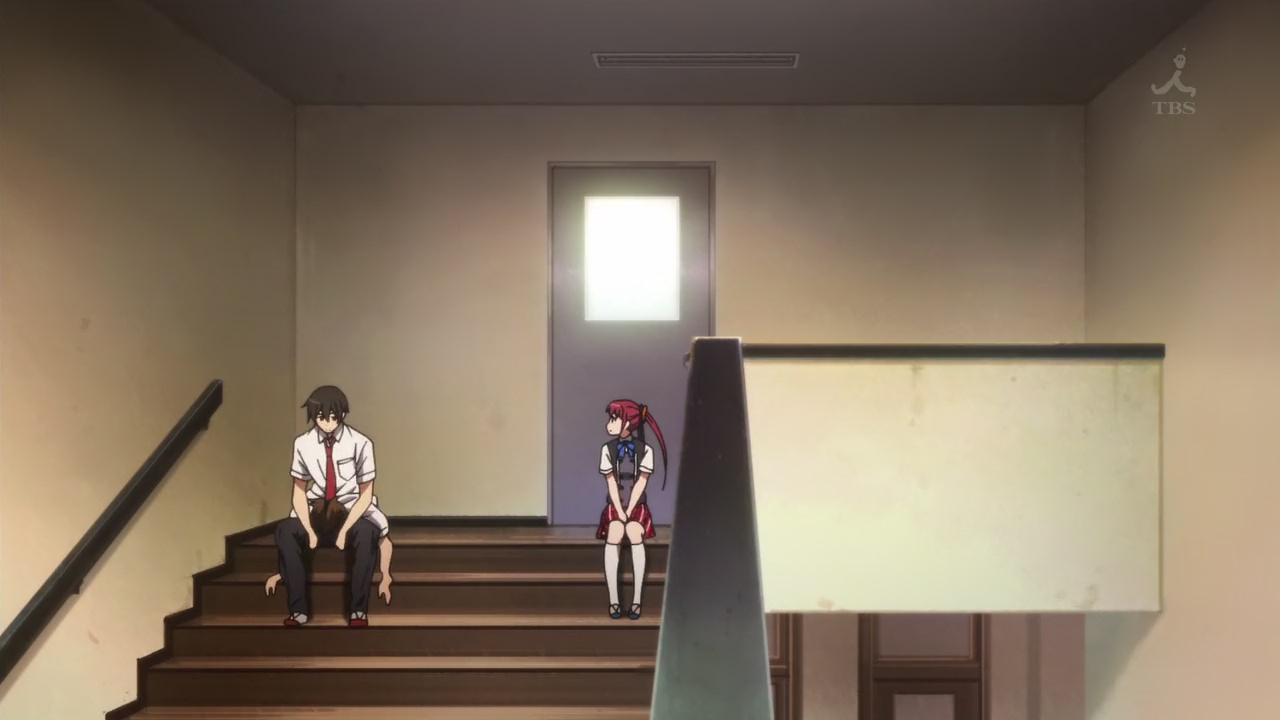 In one throw away episode, I believe it’s the one where the cat mascot disguised himself as the main character to grope chicks, Girl C, from a previous episode of the gang interviewing applicants, can be seen eating at the top of the stairs leading to the rooftop. It’s a small scene, but it’s a very awesome reference. You see, the main character eats there in the light novel. In volume 3 of Amaburi, Girl C is having trouble adjusting to school life and she knows that she’s a recluse. She can’t fit in. She decided to eat lunch alone on the rooftop, but she finds the main character eating at the top of the stairs. The rooftop is always locked, by the way. When the main character saw her, he immediately told her to go away. He explains that this is his spot, he won’t give it away, and he won’t share it so he demands Girl C to go away. This scared Girl C, and she immediately left. That’s it. In the anime though, the scene is different. 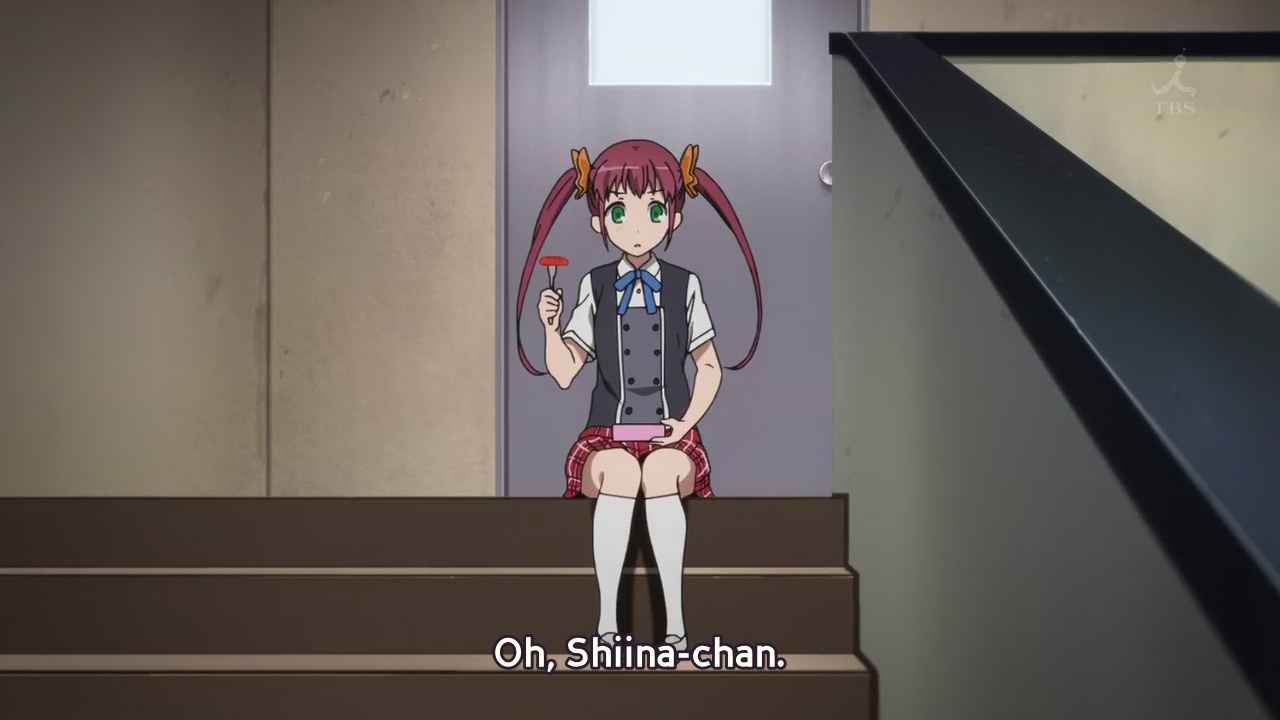 Girl C can now be seen eating in the main character’s spot. It made me laugh while reading this particular scene, because the anime changed the main character so much that he now has friends. He’s very much involved with the other cast, and so he doesn’t need that spot anymore. The drastic change is referenced with this one scene, meaning KyoAni is consciously altering the adaptation. They also felt sorry for Girl C, so they gave the spot to her. This reference doesn’t add anything to the anime, but that’s specifically for the LN readers.

Of course, I’m not really convincing you right now, right? What the hell is TPAB talking about with “relationships of staff and the manga/LN reader”? That doesn’t exist, except yeah, it does. Attack on Titan, you idiots. Have you seen the ED sequence of S2? The very first image of the ED spoiled the biggest twist in the story, and only the manga readers know about it. 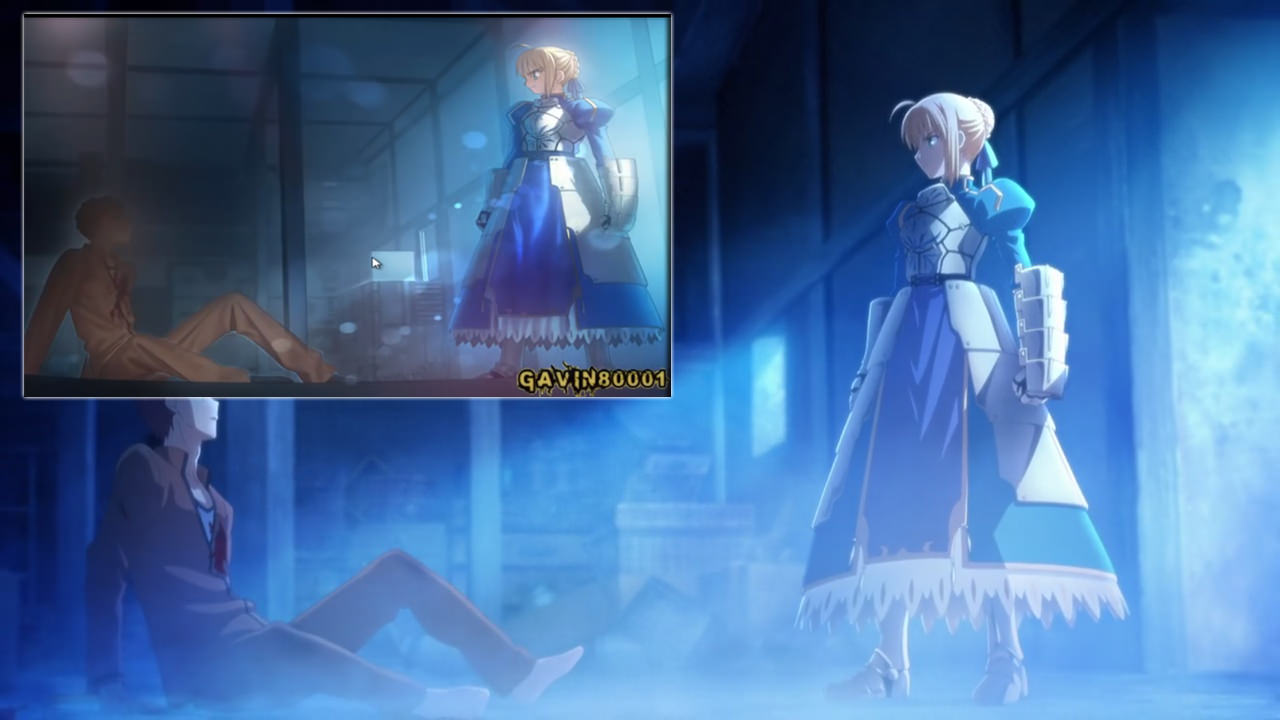 I also know there are tons of references in Fate Stay Night: Unlimited Blade Works, but I cannot stand watching other people play VNs. In terms of my review, you kinda understand if an adaptation is good or bad in just one or two hours of gameplay. FSN:UBW is ungodly faithful, and a lot of Takashi Takuechi’s images are actually faithful recreated for the anime, even the hallways and other background images. But the Fate universe kinda thrives on an interlaced relationship among all games, so for all the fans of the original source, which scene was a secret reference only VN players can understand? Why not share it us, you stingy bastards.

12 thoughts on “TPAB’s Top Ten: Things I Learned From Six Years of Blogging and Reviewing (Part 8 of 10)”