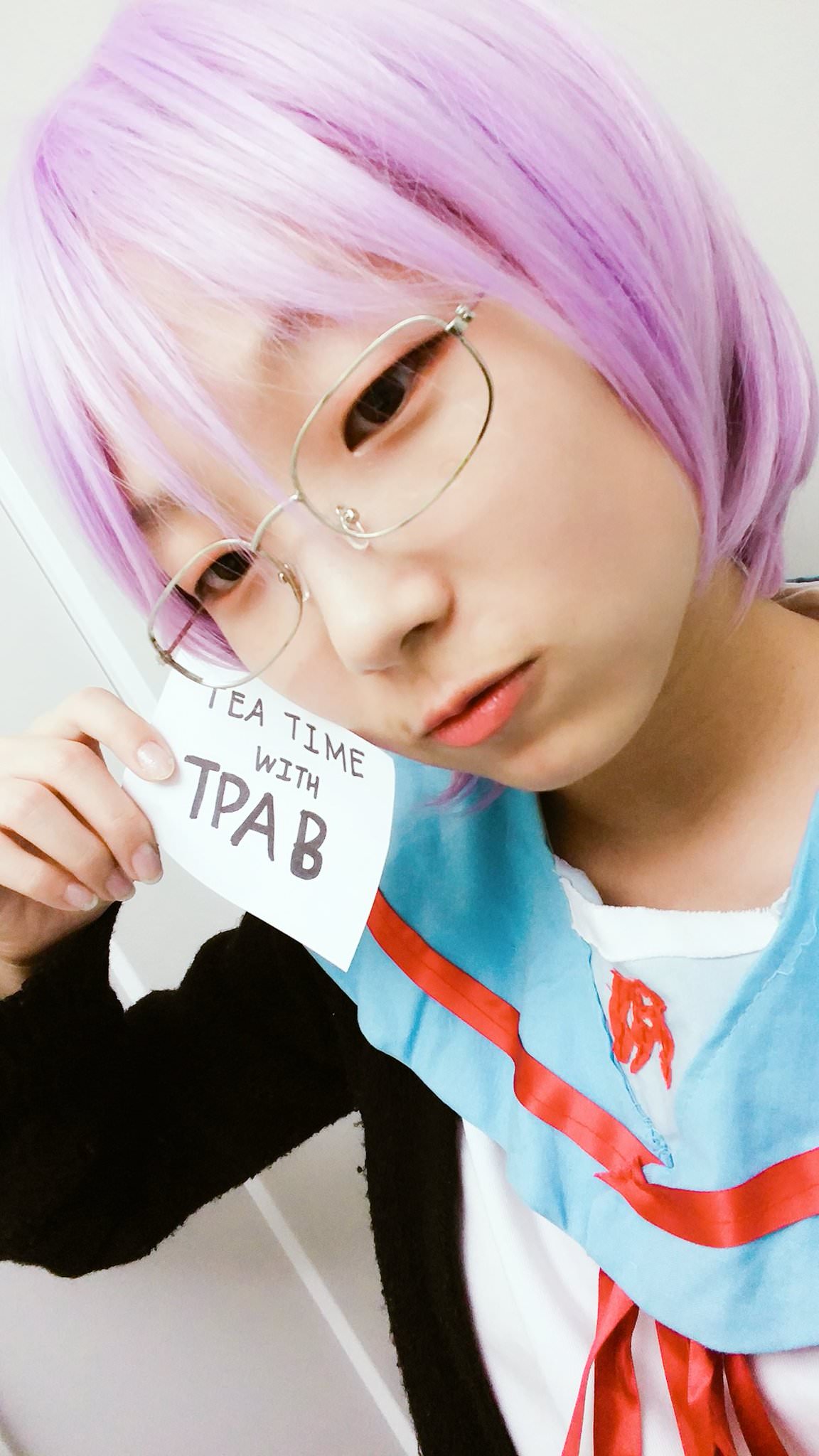 This is the second part of my tea time with blogger/cosplayer Rose, from WretchedandDivine. This time, we dive into the Enies Lobby arc. Enjoy.

TPAB: anyways, you like Lucci right? cause he is strong?

Rose: I do! I like him because he is strong. He is attractive, but I am not quite sure how I feel about his beard… lol XD

I watched the One Piece Gold movie in the theatres. That’s the new one and I loved it, especially because Lucci and Spandam were in it.

TPAB: oh wow, CP9 came back? that’s awesome. you also like his pidgeon with a tie on? xD

Rose: LOL yes, I like it. It’s just those two in the movies, but yeah.

TPAB: Lucci is pretty handsome, but the design of one piece kinda got a bit weird, huh? girls have skinnier waists and some characters are just downright ugly. xD these guys creep me out btw

Rose: Yeah, the girls do have skinnier waists. I’ve accepted all ugly-looking characters haha. It’s normal for me now. I kind of like it. It’s different from lots of other anime where everyone looks perfect. Hahaha, even the personalities of the characters in the picture were different. They were skipping and were curious even though fights were going on.

Rose: I’ve thought about another thing I liked about this arc

Rose: Initially, I had my doubts about Robin and Franky. Robin’s involvement with Crocodile made me a little iffy about her, and Franky made me really mad when he beat up Usopp in Water Seven. However, after this arc I just loved the two of them. Their past actions were forgiven and I learned so much about Robin’s backstory

Rose: watching Water Seven would have definitely been helpful. Robin was in the Alabasta arc

TPAB: ahahaha, there’s too much One Piece I haven’t seen, lol. The designs are creepy though. took me awhile to like them.

Rose: I can understand that. When I watch One Piece, I feel like I’m totally in a different world.

The Battles at Tower of Law 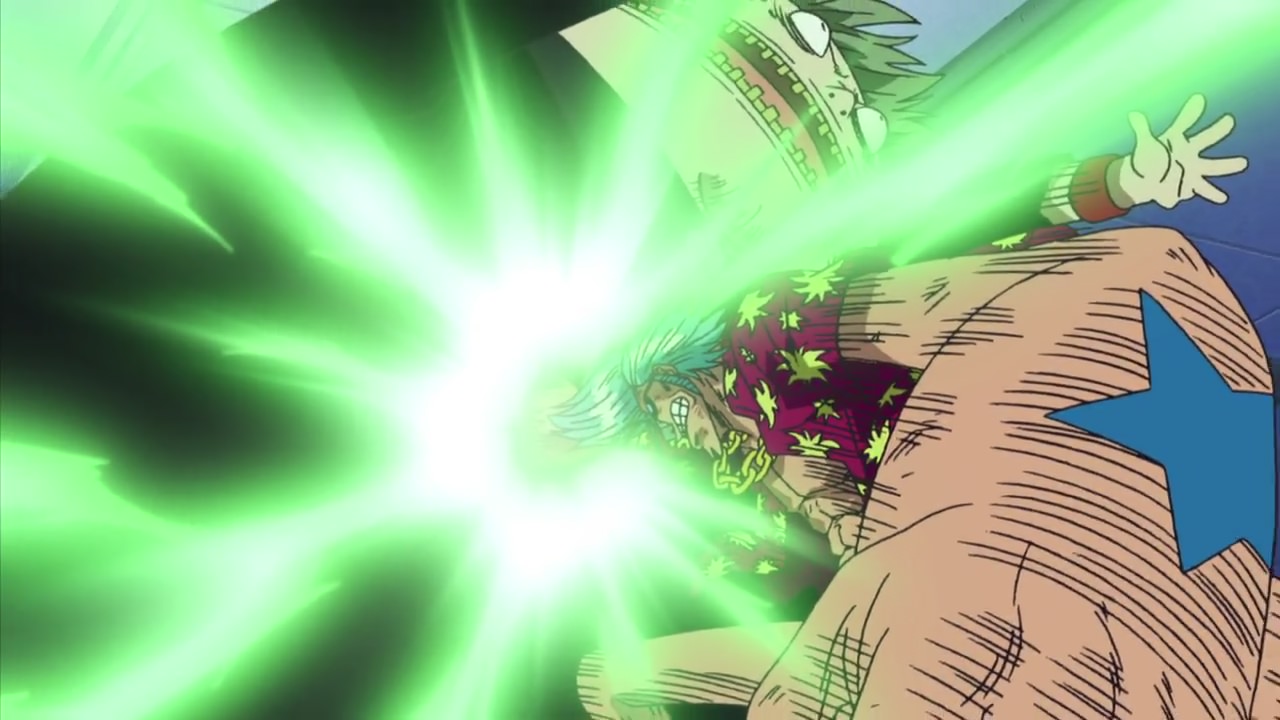 TPAB: One Piece has a way of making characters likeable though. as much as he annoy me, I actually like that Chapapa guy, especially when he was beaten by Franky.

TPAB: i dunno, i grew to like him. he was strong, and franky had a hard time fighting him. his fight is also the best, imo.

Rose: That happens to me too with a lot of the characters. I grow to like them

TPAB: annoying at first, and then they just become likeable. i agree. except for that yoyoi guy. i hate him so much

Rose: There were so many funny scenes! Such as Franky needing Cola from the fridge

TPAB: that’s actually something I noticed too. One Piece has a lot of funny scenes to balance the serious ones. the cola scene is hilarious, since yoyoi guy was also trapped in the fridge, and he threw the bottles at chopper it was so cute.

Rose: yeah! I cracked up so hard when Franky got the wrong drink. Another funny scene was when Usopp and Zoro were cuffed together

TPAB: oh yeah, that cuffed scene is so stupid. usopp ends up being a sword.

Rose: I loved that scene. Even though it was stupid, that’s my kind of comedy. I laugh so hard whenever I watch One Piece. I also cry a lot. I love how the comedy balances the seriousness of it. Zoro is my favourite character in One Piece, by the way.

TPAB: you like his fight with the giraffe? The guy turning into a giraffe is really random

Rose: Yeah. Do you think his devil fruit power is cool? I don’t like it that much but if Kaku likes giraffes, that’s good with me

TPAB: it was a pretty random power, lol considering the girl got a cooler and stronger power than him. but it suits him, i guess

Rose: Yeah, her power was a lot cooler

TPAB:  I love that scene of sanji full of soap,

Rose: I think I would have liked it if Sanji won against her, but it gave Nami the opportunity to fight her so that’s good

TPAB: Sanji is pretty chivalrous. i like that about him, and yeah, it fits better to have nami fight the girl and have sanji beat up the wolf

Rose: Hmm. Usopp and Zoro working together. It was funny and I love funny things in One Piece

TPAB: when they were handcuffed? oh, they just ran around though. haha, i guess it was to give time for franky vs chapapa

Rose: Yeah, when they were handcuffed. It’s just my personal preference because I love Zoro and it was funny. Yeah Franky’s fight was great

Rose: Nah, it’s good that Luffy did. I like how Zoro fought another swordman. Especially since he wants to be the best in the world, so fighting Kaku gave him practice.

Plus the captain should fight the most powerful person

TPAB: yeah, i guess luffy and lucci should fight. he also fought that bull guy, so it balances out. xD

Rose: Yeah. Even though Luffy is not the smartest character sometimes (such as not recognizing Usopp), he is very smart when it comes to fighting. He learned the move from them and used Second Gear for the first time in this arc

TPAB: also third gear, right? and he still had a tough time with Lucci. I guess Lucci is awesome.

Rose: Yeah, third gear. I love his second gear move, but it’s funny how he shrinks after

Rose: Yeah. It kind of makes sense though. Usually a strong move will have its drawbacks

TPAB: ah, it’s one of those shounen drawbacks that makes sense. even chopper couldn’t move after he did his. 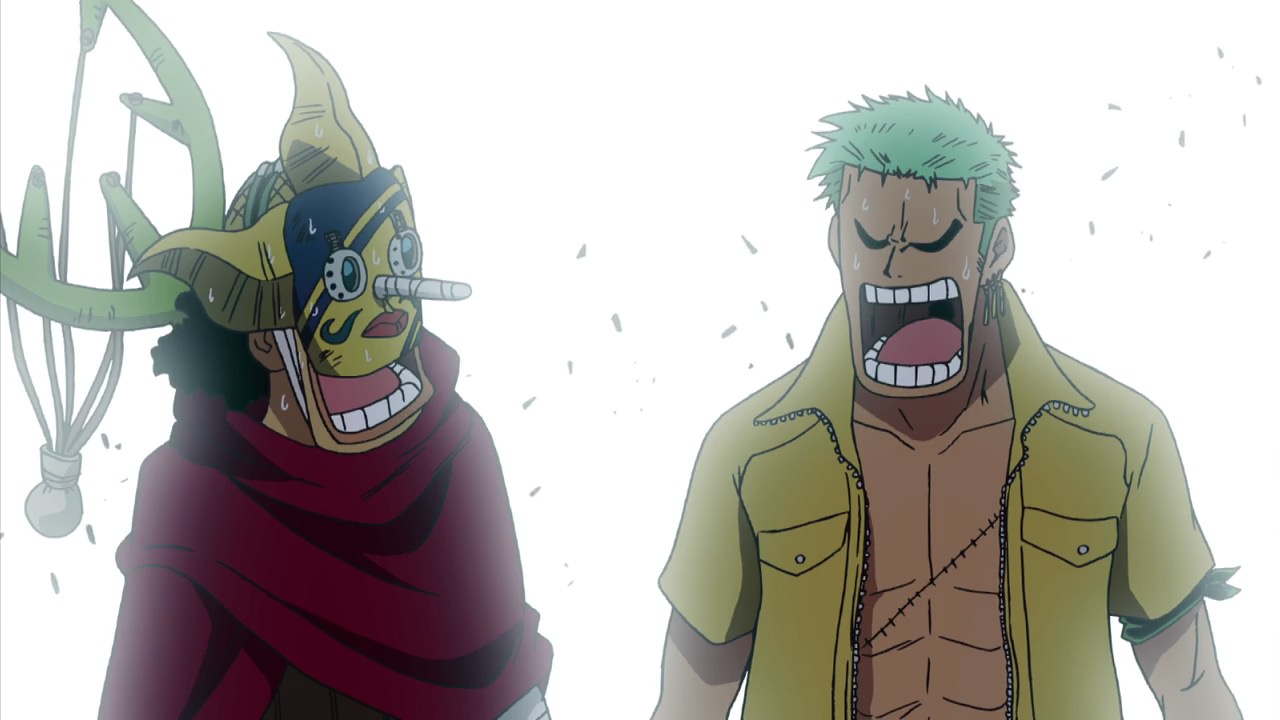 TPAB: Chopper is apparently the third weakest member of the straw hats. it’s a shame, i really like him.

Rose: Oh, who are the two weakest? Chopper has the lowest bounty though

TPAB: usopp then nami, right? i read it somewhere. xD

Rose: I’m not quite sure if I agree. Usopp gets super strong later and his bounty is really high

TPAB: yeah, but he can’t fight, right? barely survived that wolf guy. He is pretty brave now though, i’m proud of him

Rose: I think after the time skip, he improves a lot. yeah, he was definitely brave. I actually really love Usopp. He’s one of my favourite characters

TPAB: who do you think is the weakest? usopp is amazing. i agree

Rose: Either Nami or Chopper. Usopp is still not as strong as the others. Brook is also on the lower end in my opinion. But he joins them later

Rose: Brook joins them a little before the time skip. yeah they are all strong. I’m just comparing them to all the Straw Hats. We don’t see that move by Chopper unless it’s like an emergency when it turns berserk

TPAB: it is nice to see them all fight, even Nami who couldn’t before xD 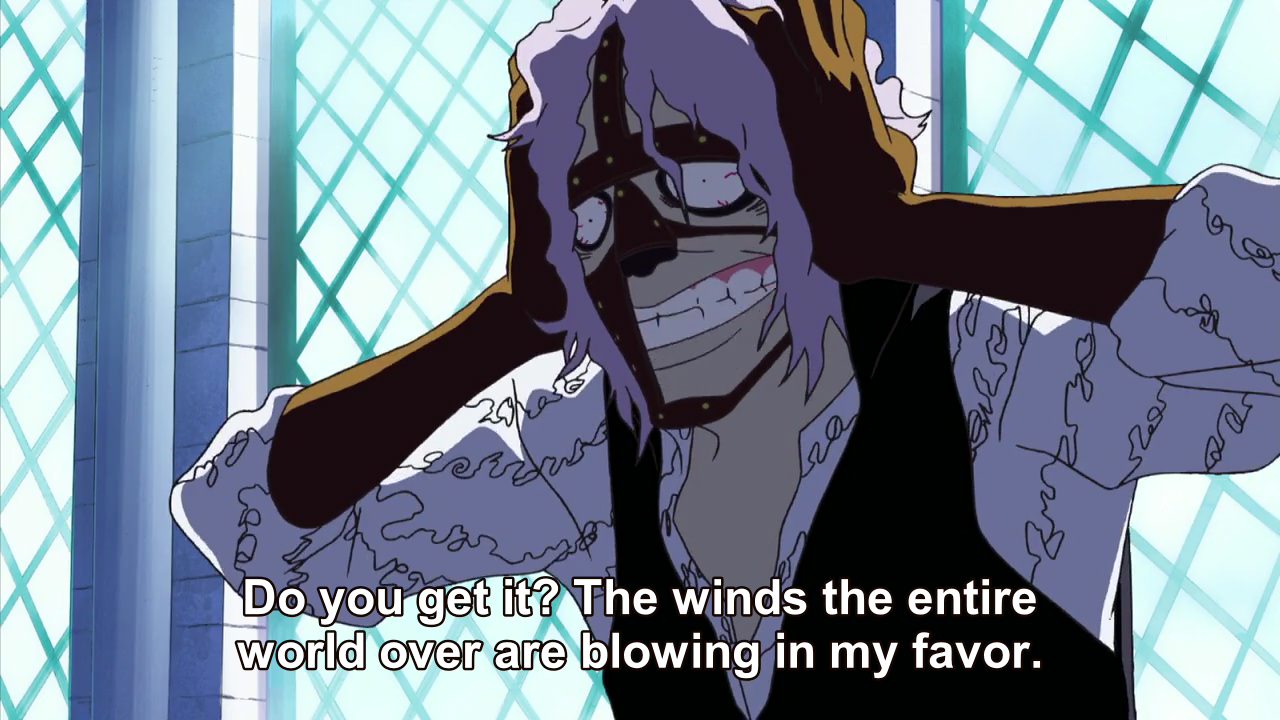 TPAB: what did you think of Spandam?? like him, hate him?

Rose: Good question. I like and hate him lol. I hated how he slapped and kicked Robin. His father is terrible, too

TPAB: oh, his father. the ohara buster call is really upsetting, huh. they even killed the citizens

Rose: but a tiny part of me likes him with the CP9. I like the CP9 when they’re together. I think mostly hate him though. And yeah I’m glad that Enies Lobby didn’t have innocent citizens

TPAB: he is meant to be a goofball like that. i also like the fact that he’s the weakest but he orders cp9 around.

Rose: I was happy to see him in the One Piece Gold movie though ahha

TPAB: did he get stronger in that movie?

Rose: I don’t think so lol. In the movie, he was working for Lucci. They didn’t get that many scenes though

TPAB: i thought he died when Robin snapped his back

TPAB: i noticed that too. all of the cp9 members are just passed out when they were defeated. is it too cruel to kill them?

Rose: just about every arc is like that. haha I like that though. Otherwise, we wouldn’t see them in future arcs or episodes

TPAB: i’m actually surprised how massive One Piece is. there are a lot of characters now, huh. old and new. over 500, i bet

Rose: oh then I have something to say about the anime. I loved the music. One of my favourite soundtracks is called Let’s Battle

TPAB: where is Let’s battle? the opening song?

Rose: It played when Lucci played Luffy which made things so intense. No, it’s instrumental

TPAB: they used the first opening during the CP9 fights. ah, i didn’t notice the music. there were a lot to process in such a short time xD

TPAB: I think we’re done! thank you for being so friendly xD

Rose: No problem. I think I am quite friendly in general 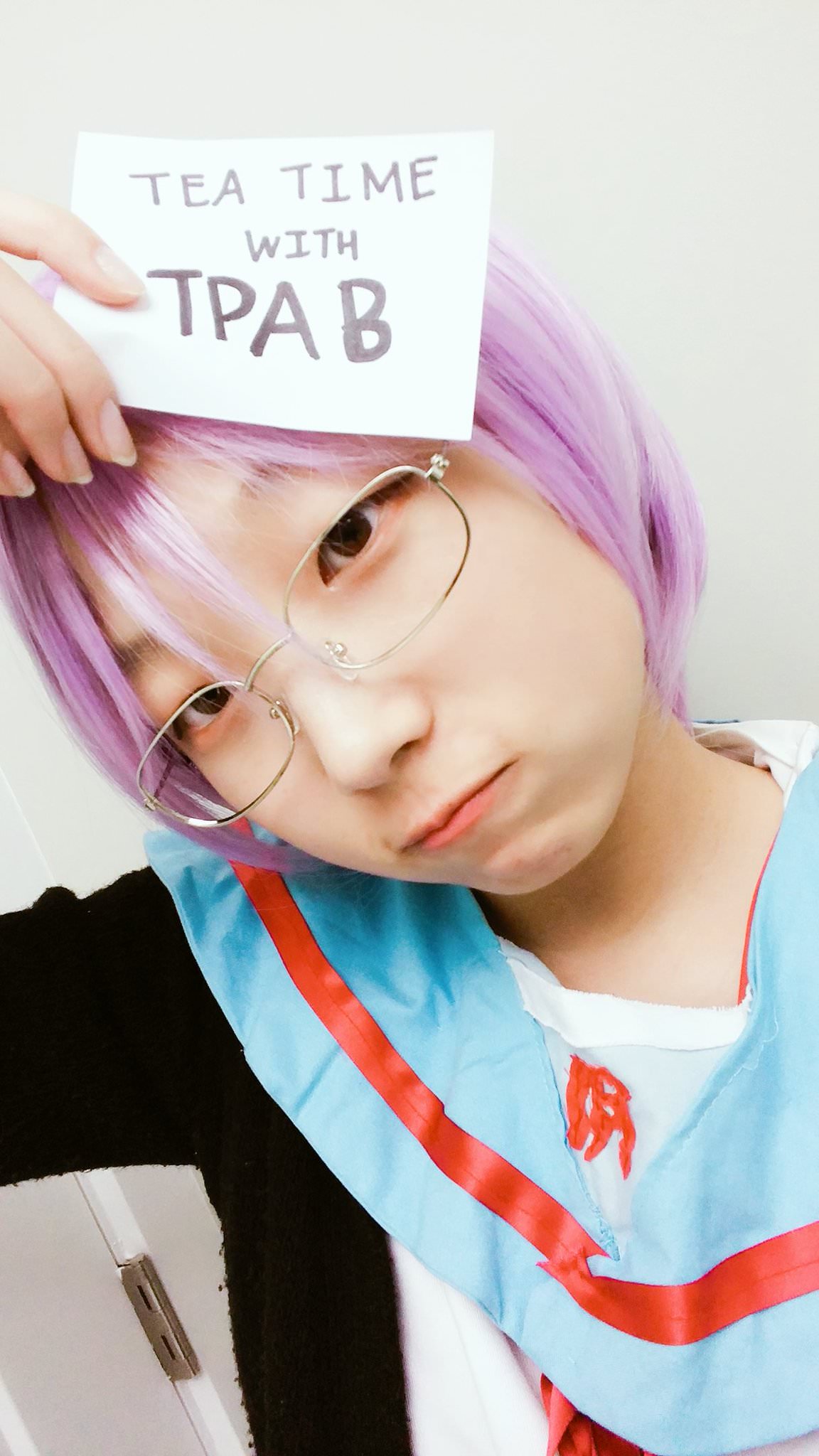 Then we drink tea. Camera zoom out, framed by a window as it contiues to zoom out, and then a shot of the sky. Thank you very much for Rose for joining me for tea. I’m sure you’re already following her, but if you aren’t then give her another follow.

One thought on “Tea Time with: Rose (Part II)”