I finished the Enies Lobby arc of One Piece back in January,

but I didn’t want to include my best moments from the arc in my wrap up. I watched One Piece because it’s a recommended “favorite anime” of my February Tea Time guest. I watched the forty eight episode arc (minus the fillers) back in January, and I really want to talk about the show in length. This is one of those shows I don’t think I can ever review, unless I review the show per arc, so I want to just release this kind of editorial post now. There are a lot of things that I actually want to talk about, but I guess the first thing is “How?” 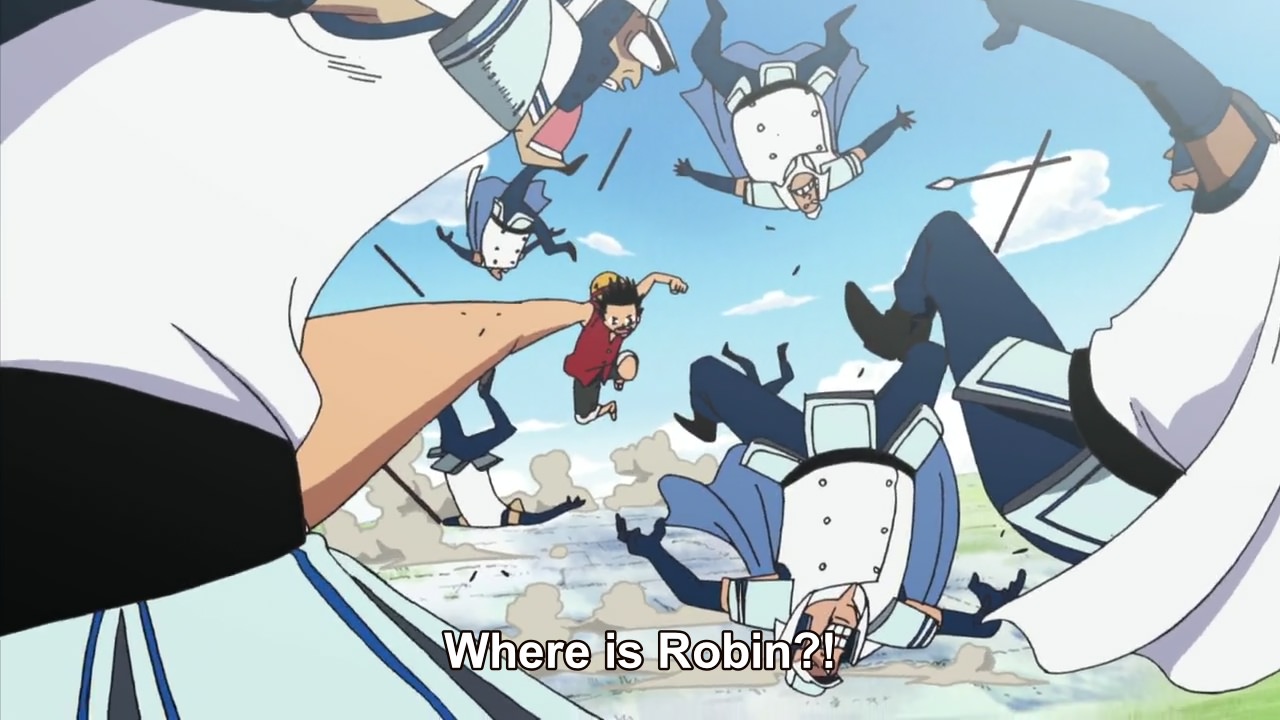 How does one man write this much content in twenty years? I’ve heard Hunter X Hunter’s creator, Yoshihiro Togashi, suffer illness from the amount of stress he endured just putting out a chapter of the manga. Meanwhile, Eiichiro Oda has been working on One Piece since 1997. Twenty years?! He has a team of writers, right? I mean, gawd damn, he is incredible. Yeah, he has assistants and editors, but things first pop out of his mind, right? For twenty years, he has been able to create stories for One Piece and it’s so fascinating. As I watch Enies Lobby, I think understand why One Piece is such a beloved franchise. 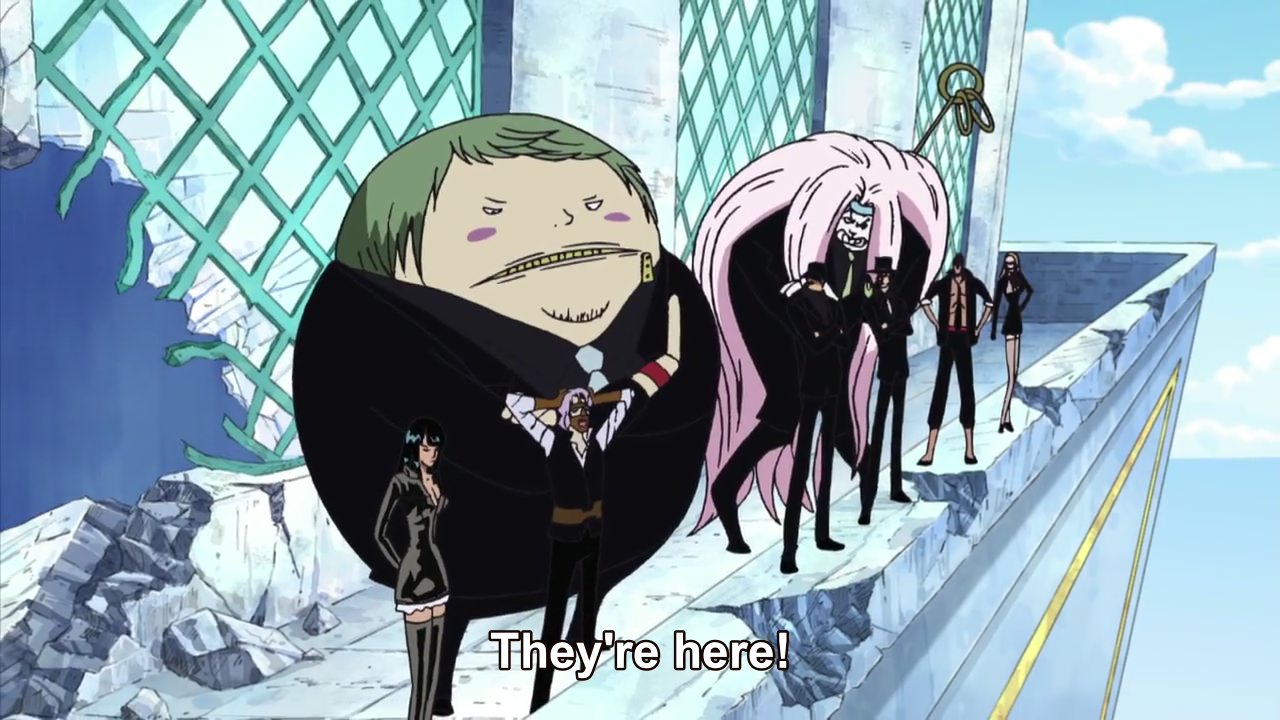 Firstly, if you dissect One Piece, you’d realize that the show is stupidly simple. Compared to Yoshihiro’s work that causes him to go on constant hiatus, One Piece is laughably simple. It’s about a group of good guys, a group of bad guys, a long journey for the good guy to fight the bad guy, an exchange of punches and special moves, characters are knocked out, and the arc ends clean with a victory party. Formulaic, I guess, is the term I should use here. The episode quality is also horrible, but that’s Toei’s fault. When I started Enies Lobby, I was actually rolling my eyes because I wasn’t impressed. I was also pissed off, because there is a character that goes “chapapa” after every sentence, and he was grating. I hated him so much. I do believe Eiichiro himself understands the unavoidable formulaic format of his stories, but it doesn’t stop him for making them engaging. The man is a true storyteller, and he overcomes the formulaic downsides by diluting the impact. If the story won’t impress you, then he’d improve something else: the characters. 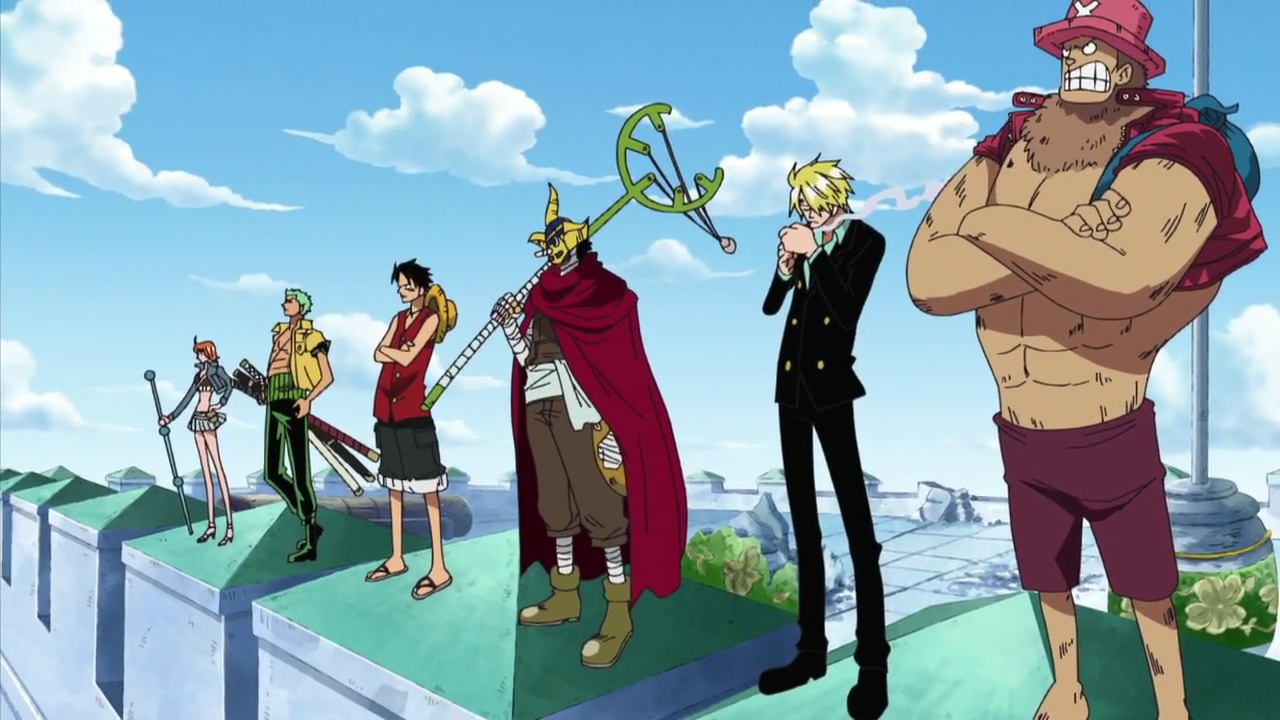 I am completely in awe at how he makes characters engaging. After the arc ends, I go “I wonder what happened to CP9 (the antagonists)” and I spent the whole day just reading up on them. I watched them in some of the most basic Shounen fights ever, but, yet, here I am legitimately invested on what happens next for them. This is because Eiichiro made me care, and he didn’t have to work hard for that. You see, he conceives a character by focusing on a gimmick. A guy with zipper for a mouth, a guy in a mankind mask, or a guy with a square nose is easy identifiable gimmicks for characters. Now, he makes them interact with each other. He doesn’t just reveal a gimmick character and have him fight Luffy. No, he establishes a relationship between the characters first. He employs the element of “comedy” to help identify a character to the viewers. Through how they goof off and play off each other, you are immediately invested in them. The comedy elements are so well utilized that they are balanced with the “action elements” expertly. The time spent goofing off with a character makes it all the more enjoyable when you see them fight. It’s no longer a one sided “Luffy must win because he’s the good guy” scenario. It’s now a fight between two engaging characters exchanging punches AND it immediately cancels the formulaic outcome. 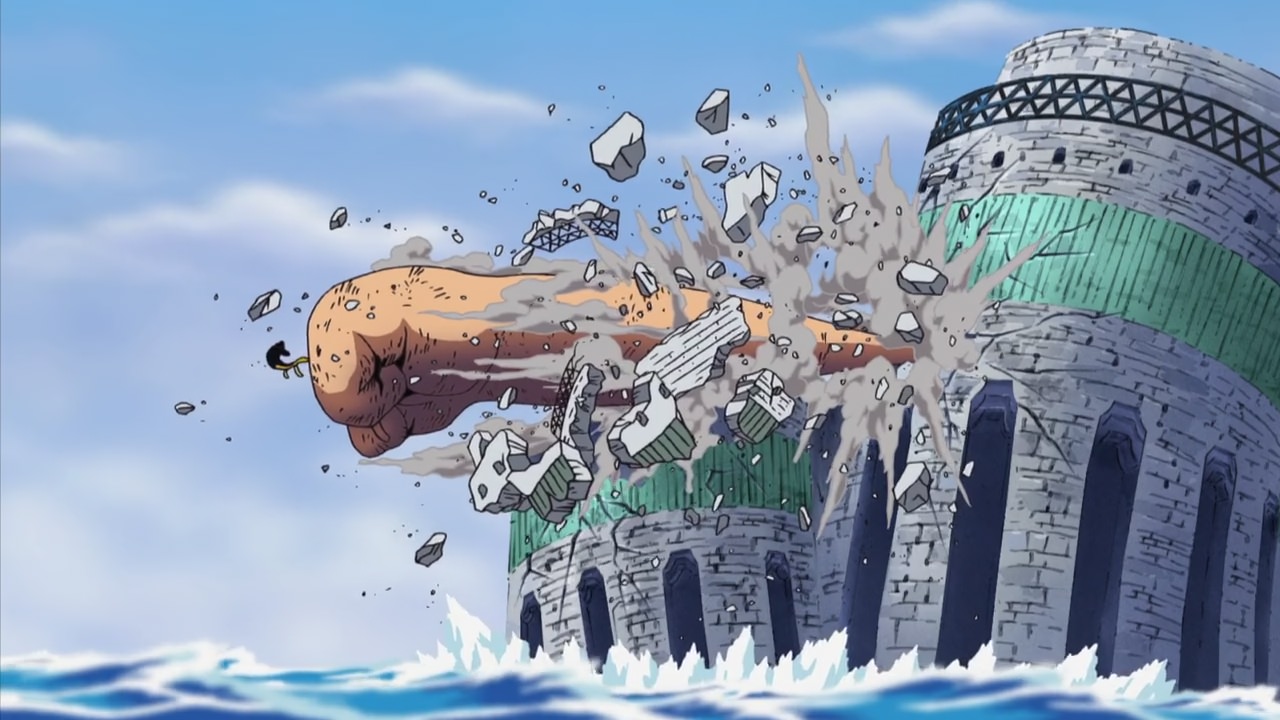 You often won’t care anymore if Luffy successfully defeats a guy like Lucci. Instead, you’d be legitimately curious at what happens next for them. What happens to Lucci after Enies Lobby? And I’m really impressed at how smart Eiichiro constructs a story. Considering One Piece is reaching 1000 episodes after being in the air for almost twenty years (the voice actors must be making serious bank!), the comedy approach to gimmick characters work effectively when you realize there must be more than five hundred characters, dead and alive, in the One Piece universe. His stories are formulaic and simple, but his characters are insanely complex. It’s easy to watch One Piece, and the payoff is always in excess.

To be honest, I keep re-reading this piece and it feels weird putting out an editorial post. My reviews often have editorial sections too, since I want whoever goggled the anime to read as much info as they can regarding the show. Simple editorial posts like this is weird for me, but I have planned two more. So, I hope you guys enjoy.

10 thoughts on “One Piece: In Diluting a Formula”