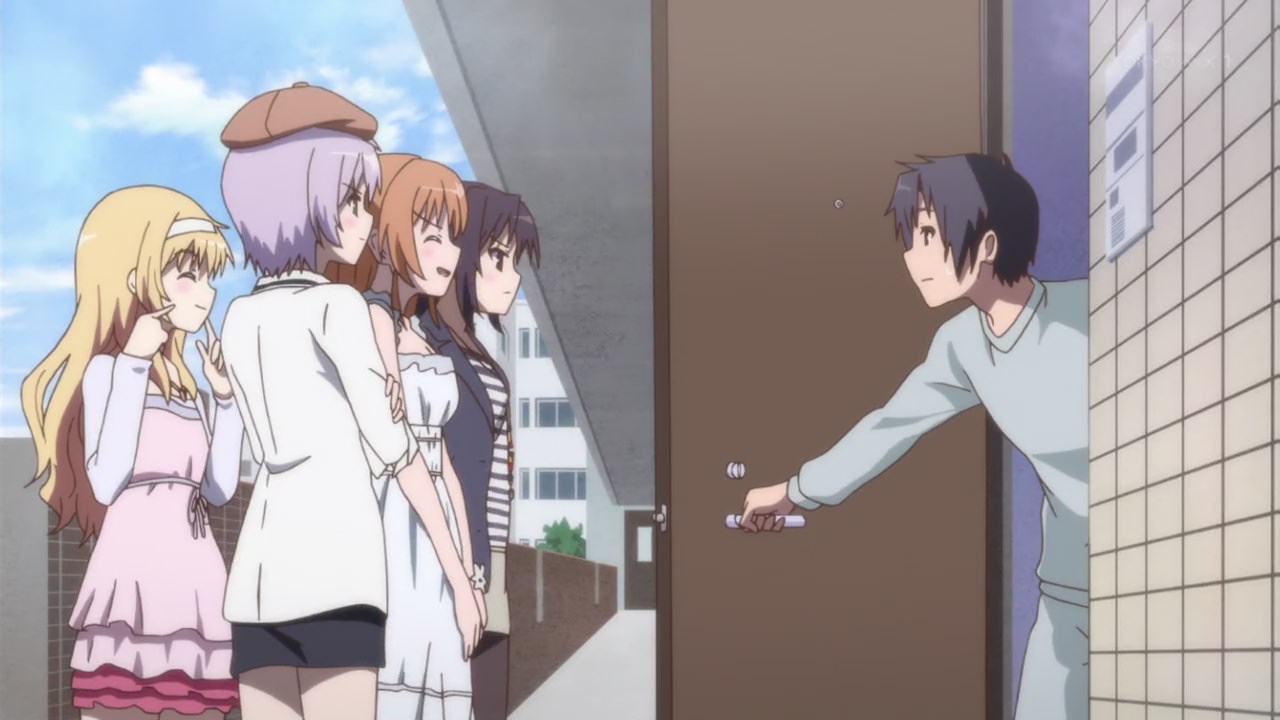 I only reviewed two shows this month, but I was fairly active and busy on a lot of other things. It kinda defeats my 1000 review goal, but I’m taking the scenic route of this journey at this point. There’s no rush here.

While I wasn’t wasting time doing reviews, I was contacting a bunch of bloggers for my Tea Time collab. I think I got six or seven to already agree, and I just need to do the leg work. Of course, I also decided to do weekly viewings with a twist. Assembled last year, the collaboration games launched last month and I was busy doing that as well. Another collab I’m doing is a deep analysis on a weekly show, and I’m doing it with Keiko. She’s hosting the collab on her blog. So I was busy, just not doing reviews.Get it together, TPAB!!!

Oh, I’m also gearing up for hell in my personal life, because I know I’ll be busy moving forward. I’ll also be giving a heads up for now that I might considerably slow down again, because I have a lot of short term real life goals I need to finish. Fingers crossed, hope everything works out. Now, onto the best moments of shows last month. 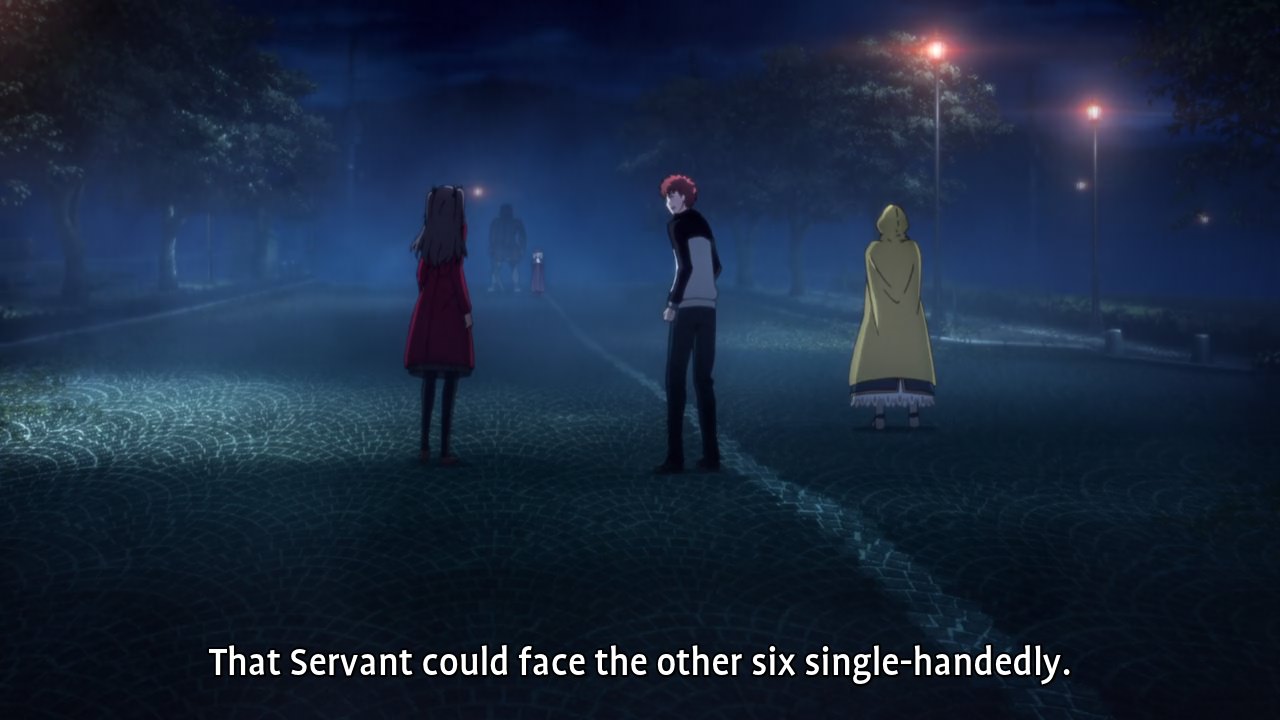 I love the FSN 2006 version, so I was insanely hyped when Berserker made his appearance in UBW. He is an overpowered beast, and his awesomeness is intact in the new version of FSN. He appears with his loli partner, and I love how you never see his entirety. You just see half of him, while Illya is standing next to him acting all cute and ominous. He is also shrouded with fog, and it’s just so unsettlingly awesome. His presence is so intimidating, and it is actually a sort of calm before the storm, because Berserker introduces himself properly afterwards.

Saber and Archer could not take him out. They would give their best, but Berserker wouldn’t even flinch. The action is fast paced, and then you’d be surprised how agile the behemoth Berserker is. He could jump around kicking Saber in midair while also being able to use his devastating club to crush her. Archer is on support, and none of his arrow can damage Berserker. He even unleashed one of his best moves, and it barely did any damage. I’m not sure if it’s his noble phantasm, but it just proves how unstoppable Berserker is. Two heroes couldn’t finish him off, and his partner is no pushover either. Illya can hold her own, since the Masters are often an unchecked weakness for the heroes. With an unstoppable monster like Berserker, it doesn’t help that his partner is also a talented and vicious little loli. The battle was cut short though when Illya kinda took a liking to Shirou. I’m sure it had something to do with the previous events from Fate Zero, but that’d be explained in the next season. 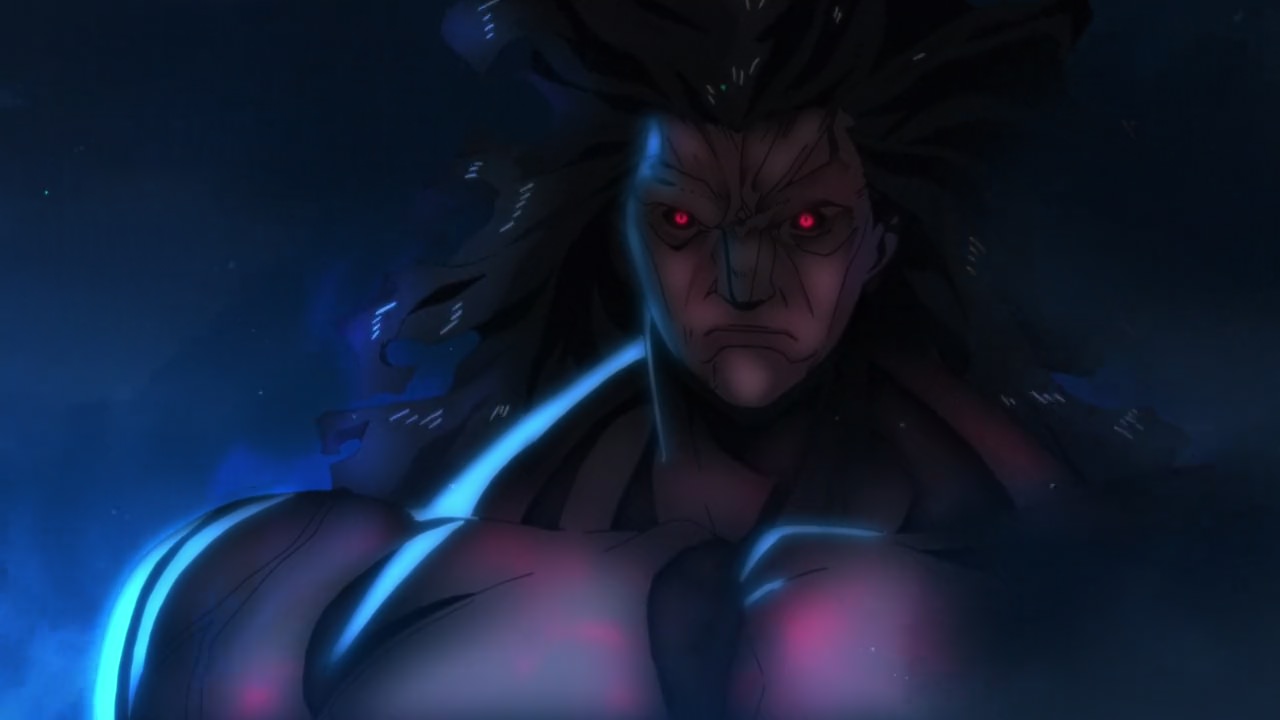 Berserker’s appearance really complicates the 5th Grail War. No one should be that overpowered, and yet this unkillable beast exists. I smile, because I remember how Berserker went out in the 2006 version. It was beyond epic, and I can only guess that it’d be even better in this faithfully adapted version. 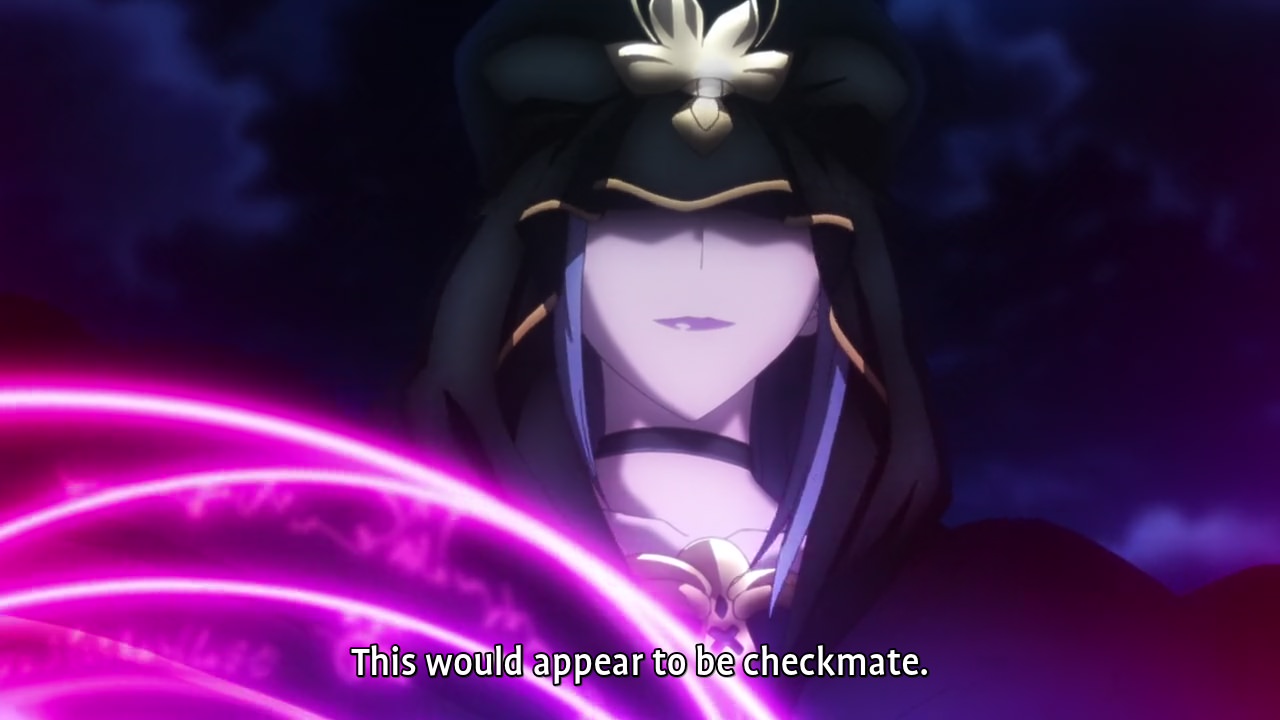 Berserker isn’t the only unique participant for the 5th Grail War. I think back to Fate Zero, and the only exceptional hero there is Gilgamesh with his scary Gate of Babylon. The funny thing is that Gilgamesh originated from Fate Stay Night as well, so all the fun stuff about Fate really came from the game. The monster Noble Phantasm of Gilgamesh, the immortal phantasm of Berserker and the MVP of the first season of Unlimited Blade Works, Princess Medea, as the Caster class servant all made their mark in the 5th Grail War. I think back to Fate Zero, and I was actually bummed that Caster was the first to go. He was like this insane guy coupled to an even more insane master, and he did have his moments. He was the first to eat Excalibur, and he also gave false hope to a child when he offered him a chance to escape only to get Urobutchered by a tentacle monster. In fact, I don’t remember much of Caster in Studio Deen’s version. She was forgettable, and I think the 2006 version actually got messy during her appearance. I never expected her to be such an awesome player for the 5th Grail War. 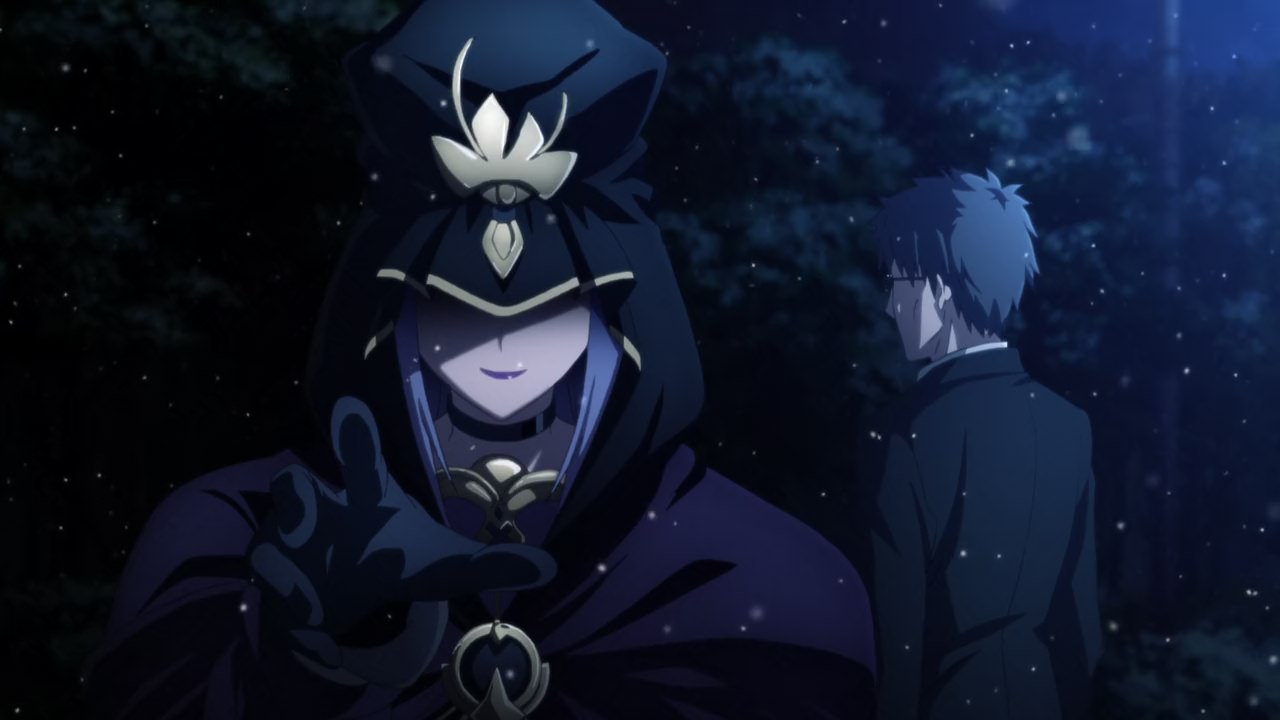 First of all, her class as a Caster actually qualifies her as a mage as well. She’s on par with the other masters and she actually summoned a servant of her own. I don’t really know how she did it, but I guess the Holy Grail allowed it. She got the Assassin class as her servant, and I actually remember him. He was the Sparrow guy. It was the most iconic scene in the 2006 version where Saber and Assassin fought on the temple steps. Caster goes all out for the war though. She setup a base to collect mana from innocent humans, she has an army of skeleton golems to do her bidding, and she got the first kill in the war. Poor Rider doesn’t get respect in Fate Stay Night, but I actually love her exit. She had her own moment by protecting her cowardly master from Caster’s assault, at the expense of her own life. But the rule breaker doesn’t stop at gathering an army and summoning her own servant, because she also stole a servant. 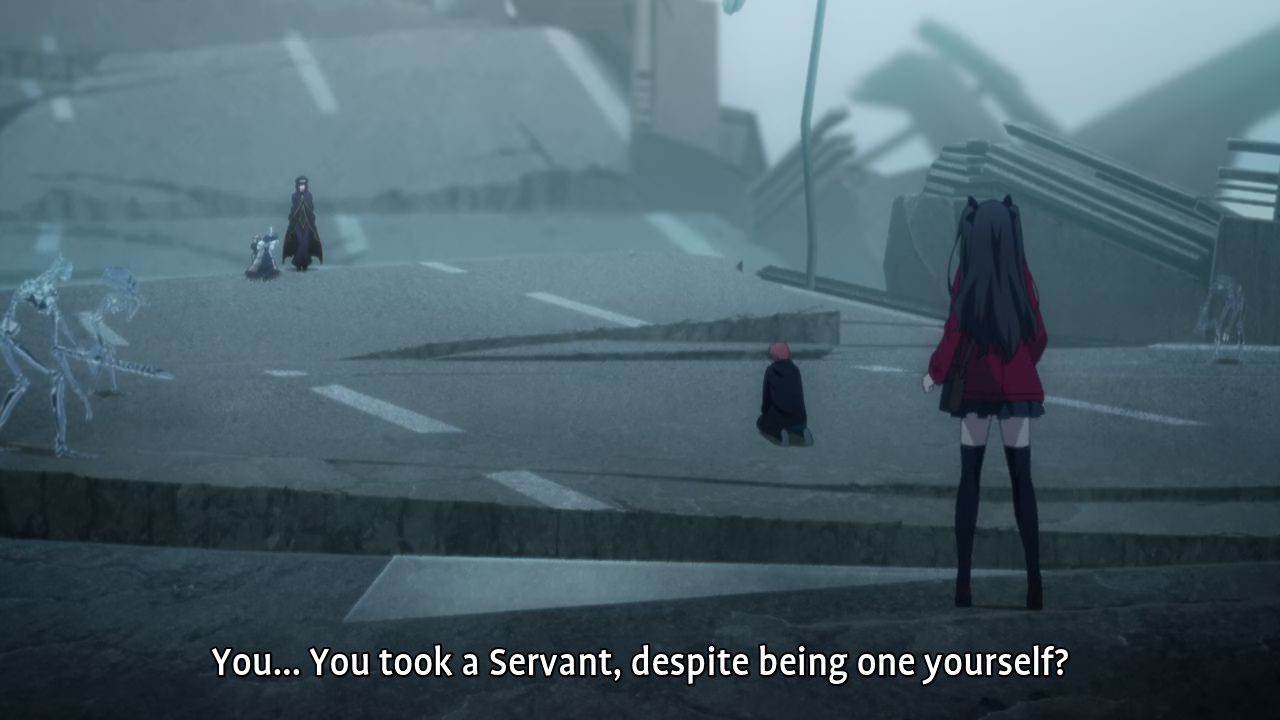 In the final episode, Caster goes for the offensive. Using the teacher as bait, Caster plans on ending Shirou’s hopes to win the Grail. In a moment of pure insanity though, Shirou used up all his three command spells for Saber and he immediately lost his right to continue the war. Caster somehow got Saber though. She transferred the command spells onto herself, and the rule breaker is on top of the world. With two servants at her beckon, all the mana she can use, and an unstoppable army, Caster is the biggest threat now for the 5th Grail War. I love this character. While others were eating cake and talking about their ideals, she was getting stronger and planning moves after moves to actually win the war. We all know she won’t win, but it doesn’t stop her from trying.

Daitoshokan no Hitsujukai – I can’t believe my molested sister can be this cute! 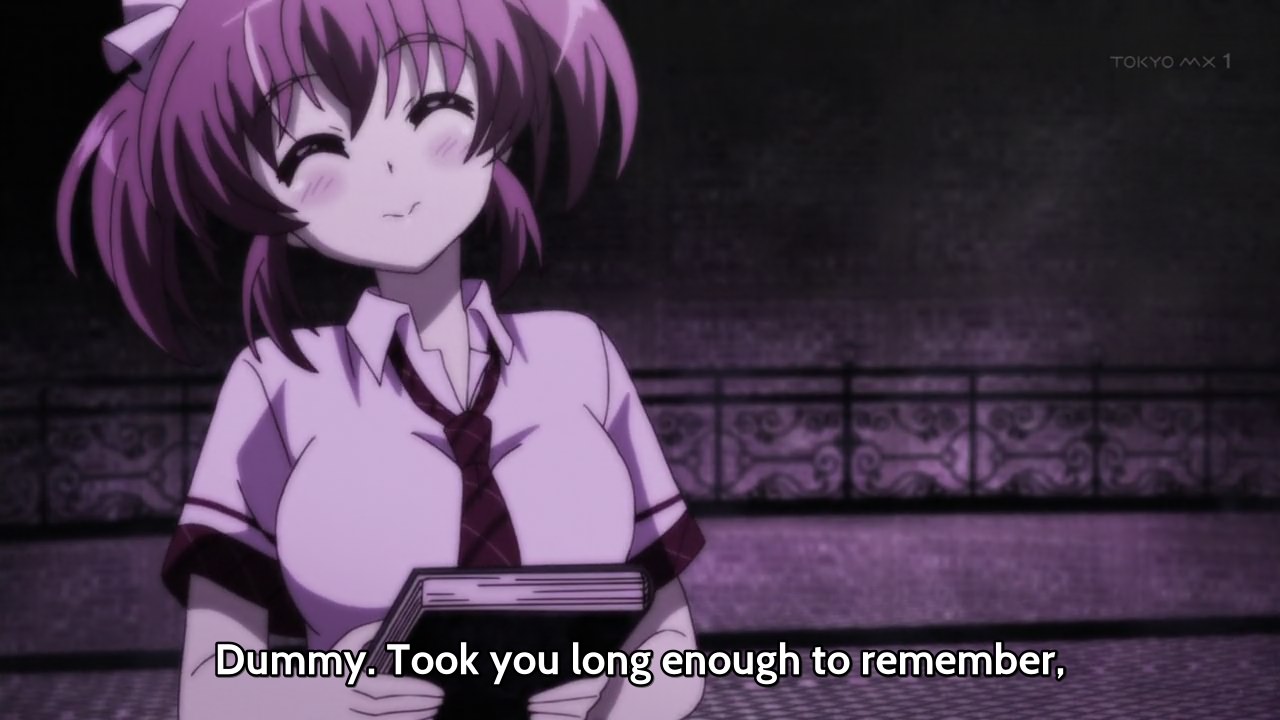 Forgettable anime! This moment will chart in my top one hundred moments though. Anyways, a lot of the progression in this anime is pretty normal. Even the contrived happy ending is pretty generic, and that’s fine. This isn’t the kind of anime I expected strong writing from. The best you’ll get from a VN anime is a good way to kill time, and that’s just how it is. One twist surprised me though: the revelation of one of the girls being the main character’s sister. 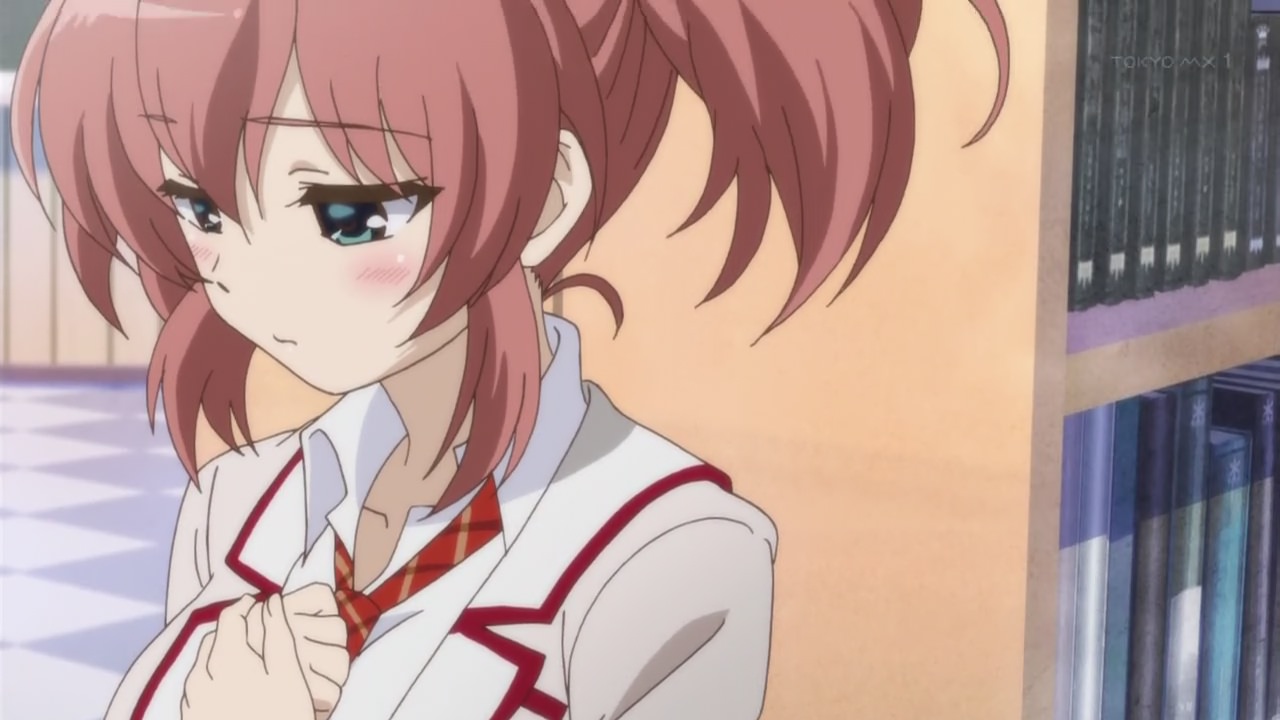 She came on to him very hard ever since the first episode, and she then became his sister. Of course, the anime didn’t have a childhood/sister stereotype character yet. I should’ve known. I was too busy literally thinking if the characters, as cute as they are in the anime, got naked and had full on sex in the game. Did they? I am genuinely curious about that. You know who else had sex in the anime? A bunch of nameless butlers. Yeah, in one random flashback, the main character remembered his sister, and oh yeah, she was molested by their housekeepers. She is apparently the quiet type as a child, so the butlers just thought, “hey, let’s molest her”. Wonderful. The anime didn’t explicitly show child molestation, but it had a scene where the butlers greeted the main character, went inside the room where little sister is, they held her down, and then she was crying. Jesus, I did not need to know this. 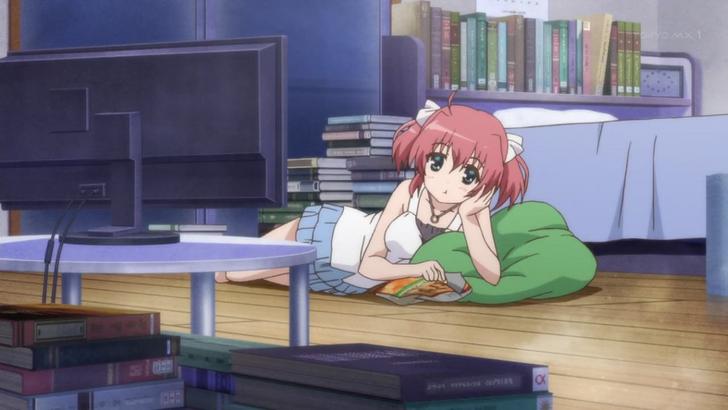 It’s not like it improved the anime as well. It was brought up once, and nothing happened afterwards. None of the other characters had this backstory. The worst is one girl being bullied by her classmates, and I felt like, as a writer, you could’ve just cut this part out as well. We can’t imply characters in this eroge game had explicit sex, but totes ok to reveal one of the girls was molested as a child. Ok, cool. I need to wash my hands now. I feel filthy. 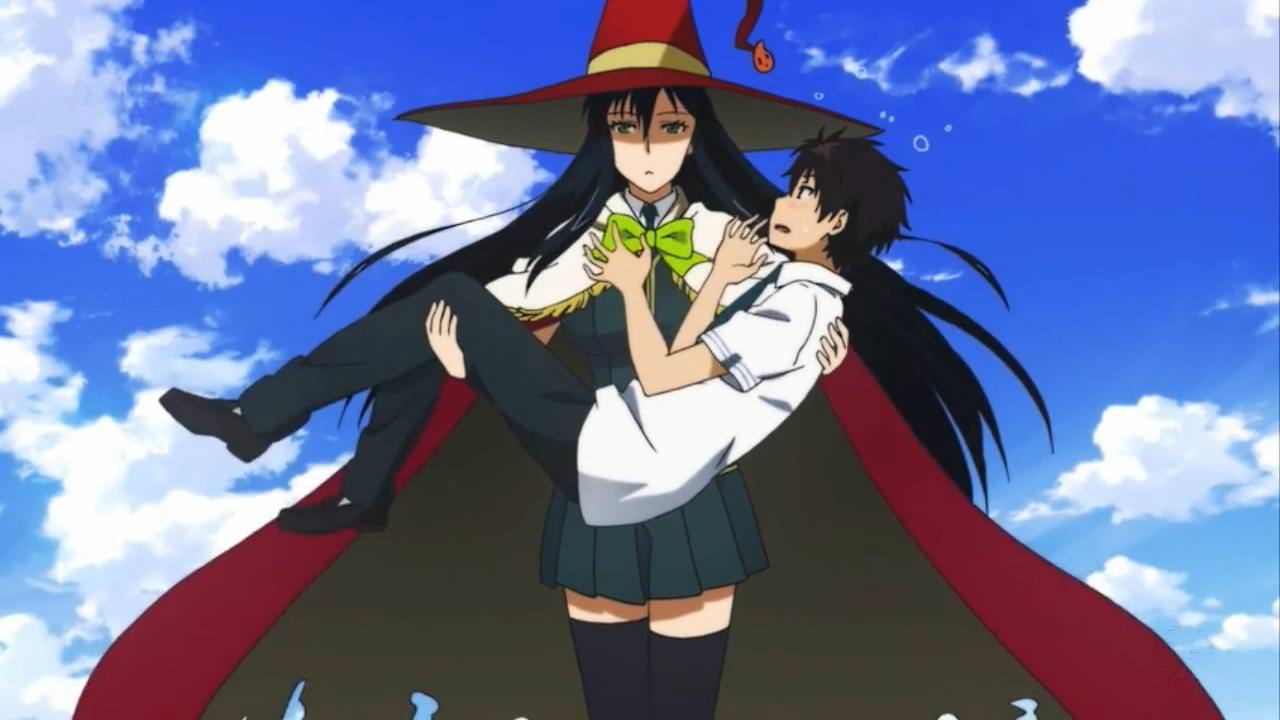 I was in a really weird time when I reviewed this anime. I was slowly transfroming my reviews, since patterns do insist. I don’t just dissect the anime, but I also go beyond, expanding further into the studio and the influence of the anime’s origin. To achieve this, I had to really hate anime. The tropes, the cliches, the predictable formula and outcome, the carbon copy stereotypes that add nothing to the show, and the constant fact that a lot of anime WILL let you down. LN anime was the toughest to swallow as I realize a lot of them had awful stories stemming from their origins. Some of them are done by design too. My absolute disgust was directed towards the Mary Sue characters. You have to realize, Mahouka ruined me. The arrogant portrayal of a mary sue character thrust in an unapologetic world that constantly worships him f*cking ruined me. Now, I understand Mahouka now and I really only learned after some time pass. During my massive hate phase for Mahouka, I also saw Witch Craft Works. 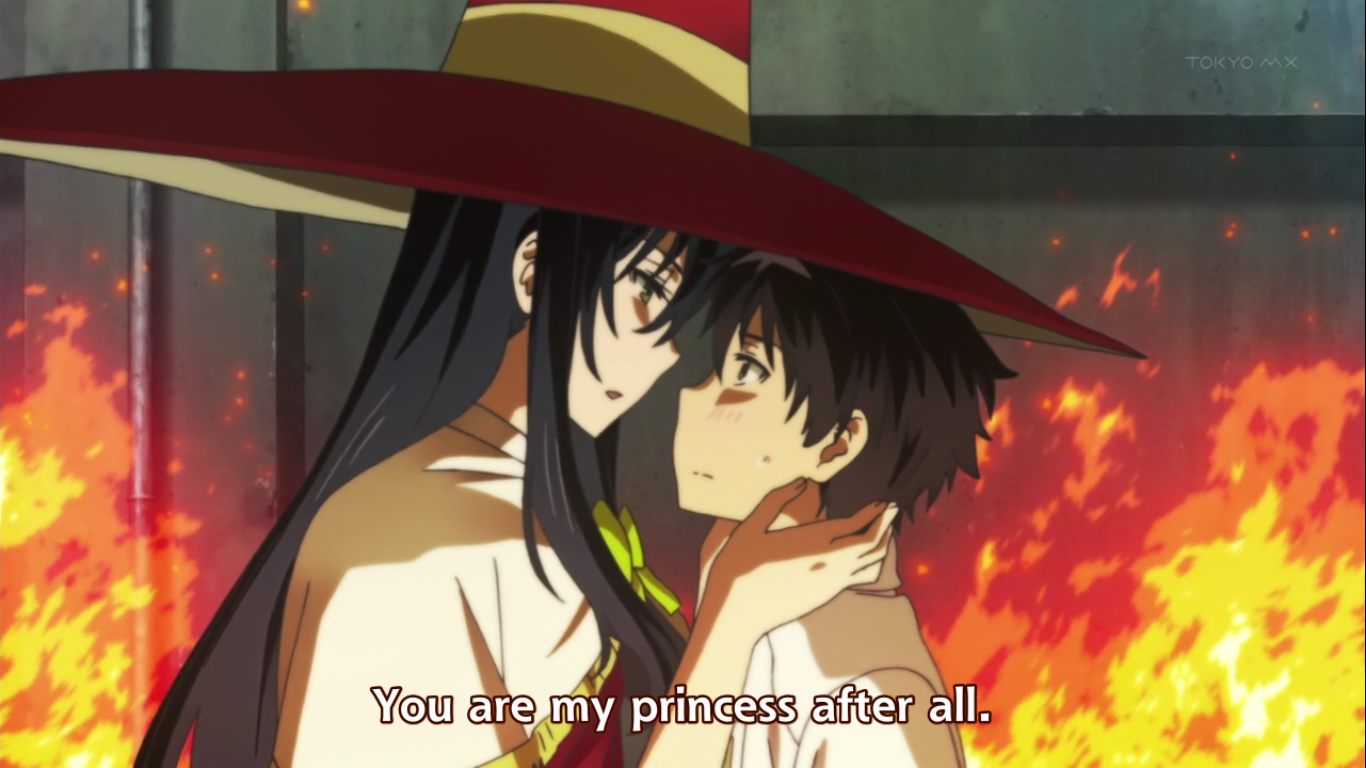 I only remember two things about the anime. One, the mary sue character. Literally hundreds of enemies came at her and she came out with no scratch on her. The story is basically rigged to always make her win, kinda like how no other human being in the world has cracked the flying dilemma for centuries BUT Tetsuya solved it before the episode ends. Like, really? Ok, two, this anime featured a male damsel in distress. The point is hammered home when Mary Sue main character carries the damsel like a princess. That was the main point of the anime: to feature reversed gender expectations and roles. I’m fine with that. I find that brilliant. One of my top moments of 2014 includes a male tsundere. I’m open for this kind of sh*t. My problem is that the message was so in-your-face. Damsel is absolutely worthless in the story, while mary sue constantly beats opponents in a one sided battle in every episode. Basically, female character is perfect while male character is a useless accessory. That kind of reversed gender roles seems to stem from a deeper issue, and I don’t want any part of it. To be honest, maybe the message was just botched upon delivery. It’s a moment that doesn’t seem right to me though, but maybe that’s just my male ego doing a tantrum.