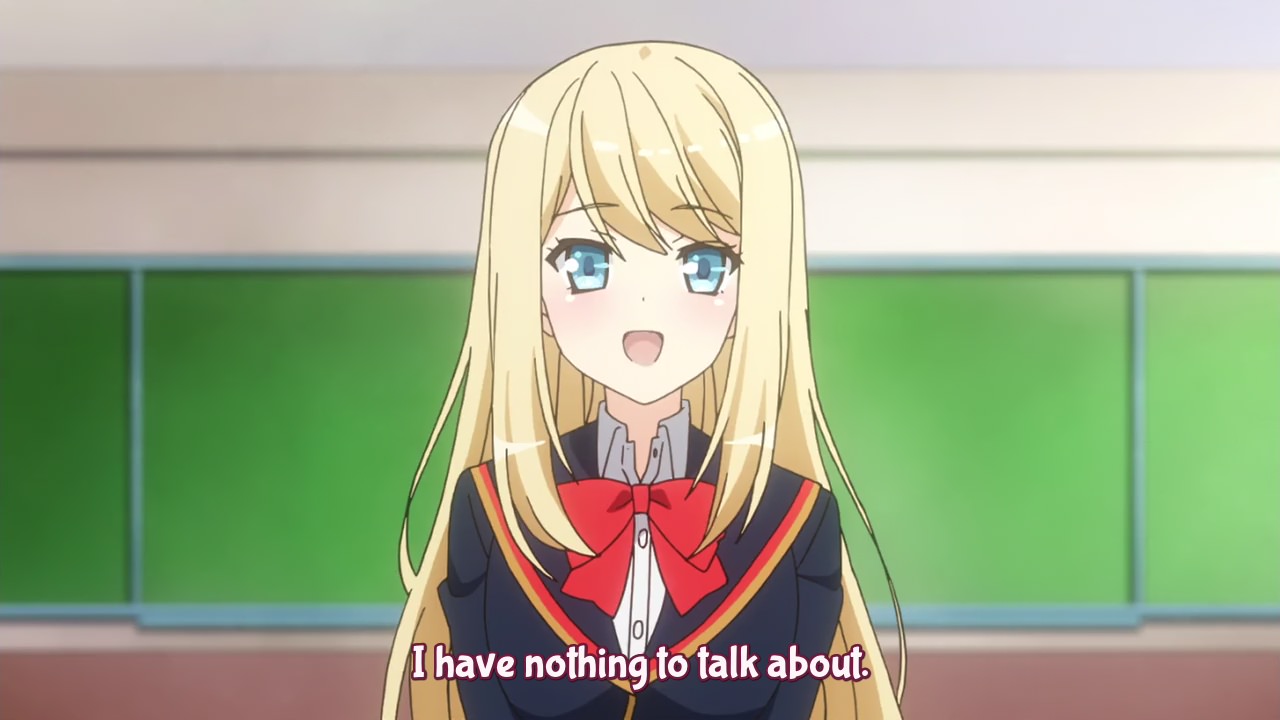 I’ll be honest. The awards thing fatigued me. A lot of people were tagging me, and I got sick of it. On top of a busy schedule, and the aesthetics of my blog being overrun by non-review posts, I just had to stop. I feel bad though, since people did take time to include me in this nonsense. I figured I’ll just let them pile up, and then I’ll attack them in one go. Well, the award disease has died down, so let get on with it. I won’t be tagging anyone, because let’s just start the new year clean and safe.

First off, Keiko spammed me with awards. I think I got four tags from her, and I wanna say thank you. It’s nice to be thought of as lovely, unique and mysterious. When will you watch the old Kino, because I am so sorry you sat through the new Kino? It’s sh*t. Read her award post HERE, and follow her. She’s nice to talk to. This reminds me, I have a hyping up post collab featuring her. I’ll do that next year, lol.

The Unique Blogger Award is where people ask you three questions. Keiko asks:

What is your favourite season and why?

This is an insult. We only have rainy and summer, and I’m sorry the Philippines doesn’t have Fall or Winter. The Equator isn’t the place you’d want snow. Between being wet or dry though, I like neither. Rain here clogs up the drainage, and it results in floods that rustle the rats. So you’ll be walking through sewer infested water with the rats. Summer is fun here. The heat is so intense, thanks to global warming, that you’d get heat strokes or nosebleeds. I have not (yet) experienced them, but I have seen my students’ just pass out because of the heat. Not to mention the sweat, oh my gawd, have you ever been in a windowless room with twenty people in it? Their sweat combines into a mega sweat smell that sticks to you. It gets worst when the girls experience their first period. Oh, blood and sweat is not a fun combination. So, yeah, teaching is fun, guys.

If you had to eat one food for the rest of your life, what would it be?

Pasta. No sauce, just the noodle.

What is your favourite Christmas song?

Seriously? Eh, this one, since I’m patriotic and I don’t like the holidays in general. 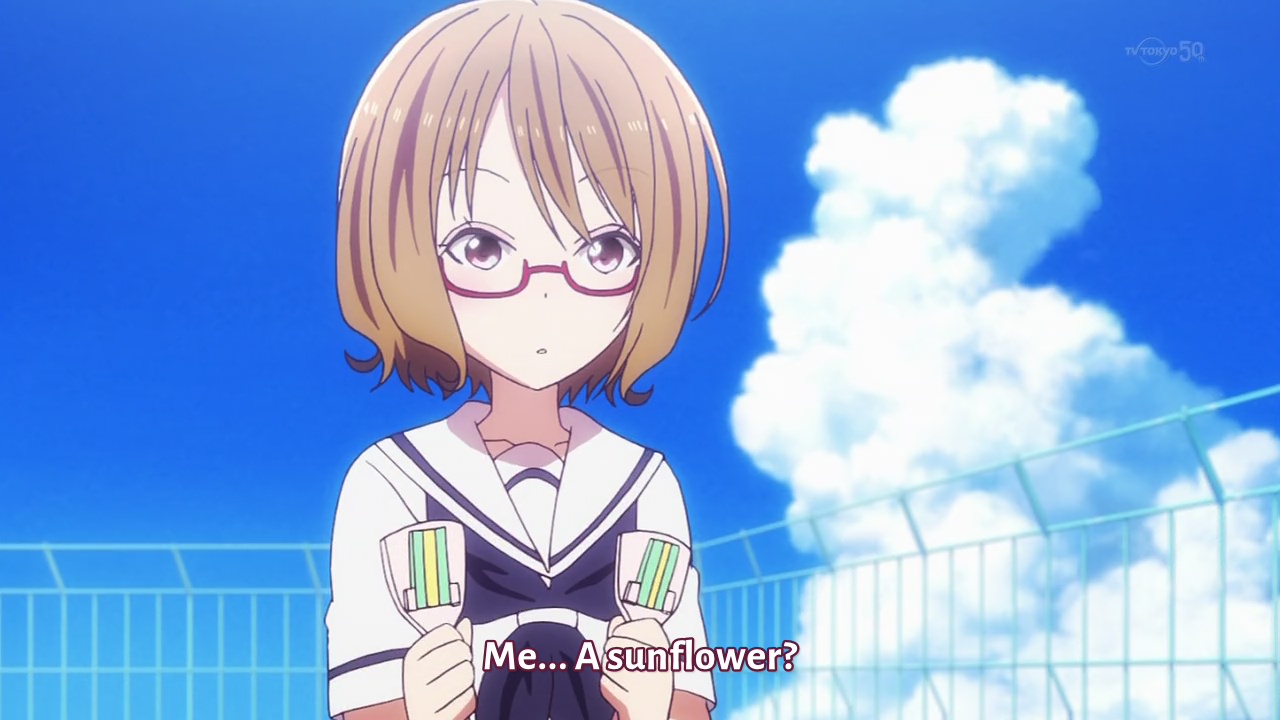 Merlin, from Merlin’s Musing tagged me as well. You can read his award post HERE, and again follow the guy. I love his weekly reflection posts. I gets deep sometimes, and his reviews are also pretty good.

1.) You may visit the world of any anime you like, but only once, and only for twenty-four hours. Which anime do you choose and why?

Oh, this is a thinker, huh? Well, I’m a big fan of period pieces so anything that jumps back to Taisho Era Japan will be a fun day for me. If we get specific, then I’d pick Taisho Baseball Girls. In fact, the anime did a musical montage to establish the era and I really freaking love it. Thankfully, this one time musical (and smart use of exposition) is on youtube. Enjoy~

2) You are playing a round of “F***, Marry, Kill” and the options consist of the cast of the very most recent anime you watched a full episode of. Choose one character for each option.

I’d marry Tsugami Harumiya, since I have a weird attraction to short hair tomboys.

And I’d kill Miss Monochrome, just because I don’t want Yui Horie to live forever. The self-importance of that woman irritates me.

3) You can pick one, single animal from anime, as normal or exotic as you like, and keep it as a pet. What do you choose?

Afroken. You f*ckers can have your pingu. People who watched anime in Animax is always treated to Afroken whenever a back to back episode of a thirteen episode anime airs. Oh yeah, thirty minutes of Afroken. This was our life. 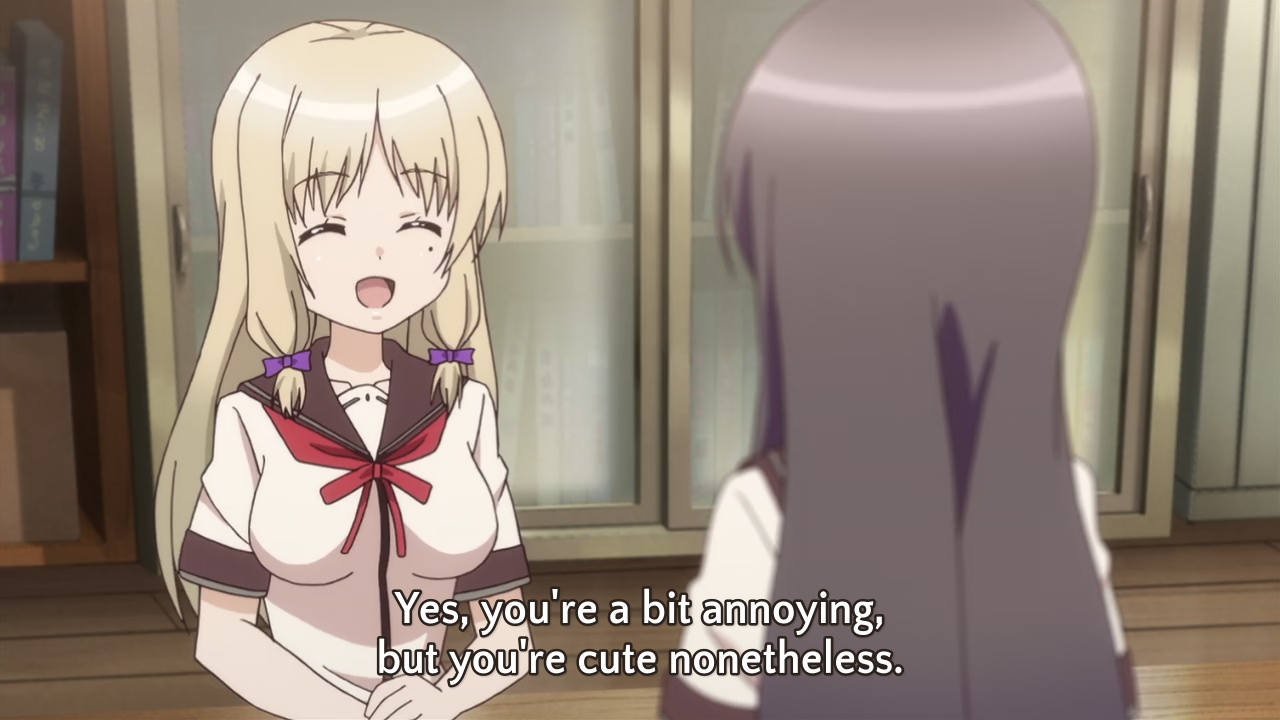 Plyasm’s Worm Hole also tagged me for being unique. I’m sure his worm hole is happy about that. You can read his award post here, and follow the guy. He wants more people to read his posts, so I’m sure he’ll appreciate the attention.

Who do you think is the most well-developed character from a series? Manga, anime, novels, anything goes.

The beautiful part is that we develop along with him. He’s alienating at first, relatable when he realized he f*cked up, endearing when he undid his changes, sympathetic when he was forced to choose between two people important to him, and just your ideal lead when (after his amazing time travel journey) he gazes at his red headed beauty and appreciates the moment he is in.

I just did this! Ok, I’d shoot Tetsuya from Mahouka just to see if he bleeds red (or maybe purple since he’s not human).

And I’d marry Tsubame from Natsume Yuujinchou. I am so enchanted with this character, I just don’t know why.

What anime do you want to see a sequel to the most? (that they haven’t gotten yet)

Any romance anime would fit perfectly here, but I’d go with Nana. The time skip mostly ruined me. She died?! 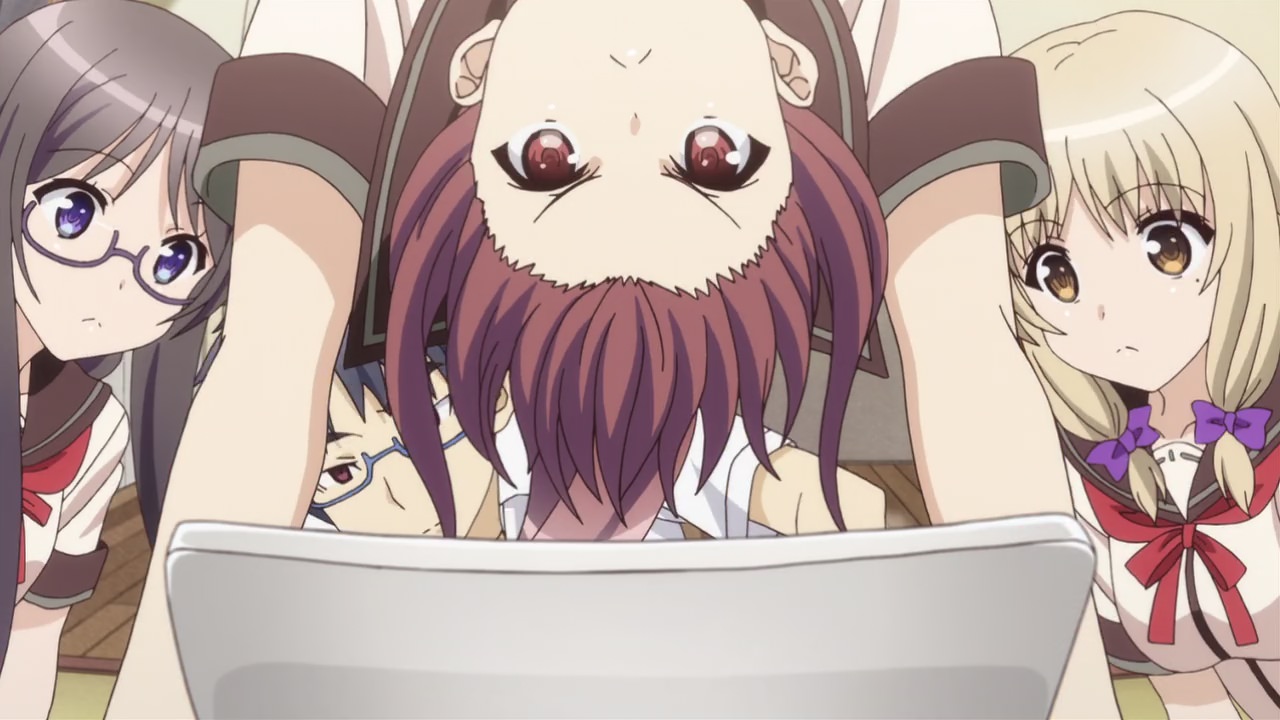 Last one is from Arthifis, and read up on his award post here. I’m apparently a girl, and I got called Ms.Dickless once. I swear like a sailor in my posts, how did anyone mistake me for a girl? Is it because of my caring and gentle nature? It’s funny because I mistook a bunch of female bloggers as dudes. I just don’t pay attention to gender, unless your names explicitly sound female. Then again, I have a female student named Robert. Not Roberta. Robert. Her parents hate her. Speaking of gender, Arthifis is pretty open about theirs, and I always enjoy their open personality. Give him a follow, you guys.

Why did you start blogging?

There will always be an anime overlooked or underappreciated, and I’m that guy that gives it the love it deserves. Ohana, b*tches.

Do you write more in the inspiration of the moment or do you write them more rationally, like letting the posts rest in the draft board for that 20th review?

I review stuff, so I watch sh*t then review it. I don’t plan ahead, since it creates pressure when you blog and that pressure burns you out faster than just writing in the moment.

If you could live in any year/era you wanted, which would you choose and why? (you can also choose the future)

You guys are not creative with your questions. This time, I’d go Showa era Japan and this time I’d choose Kids on the Slope. I like the OP in particular that gives you a clean look of the Shouwa era particularly the Americanization of the country at the time.

I just really like period anime or movies. I admittedly love any movie that shows the racial prejudice of America, so I like movies like The Help or Hidden Figures. For anime, the transition to opening up to other cultures is such a rich topic. I prefer it over the Sengoku motif of most shows. I particularly like the way most characters fight against the change of current. For Showa shows, Rakugo is a favorite of mine with a dying art not being welcomed by the new generation. Otome Youkai Zakuro is also a solid one, and it has this nice racial subplot on top of the cultural transition of the country. Of course, I like the jazz inspired theme of Kids on the Slope So, yeah, take me to Showa Japan please. 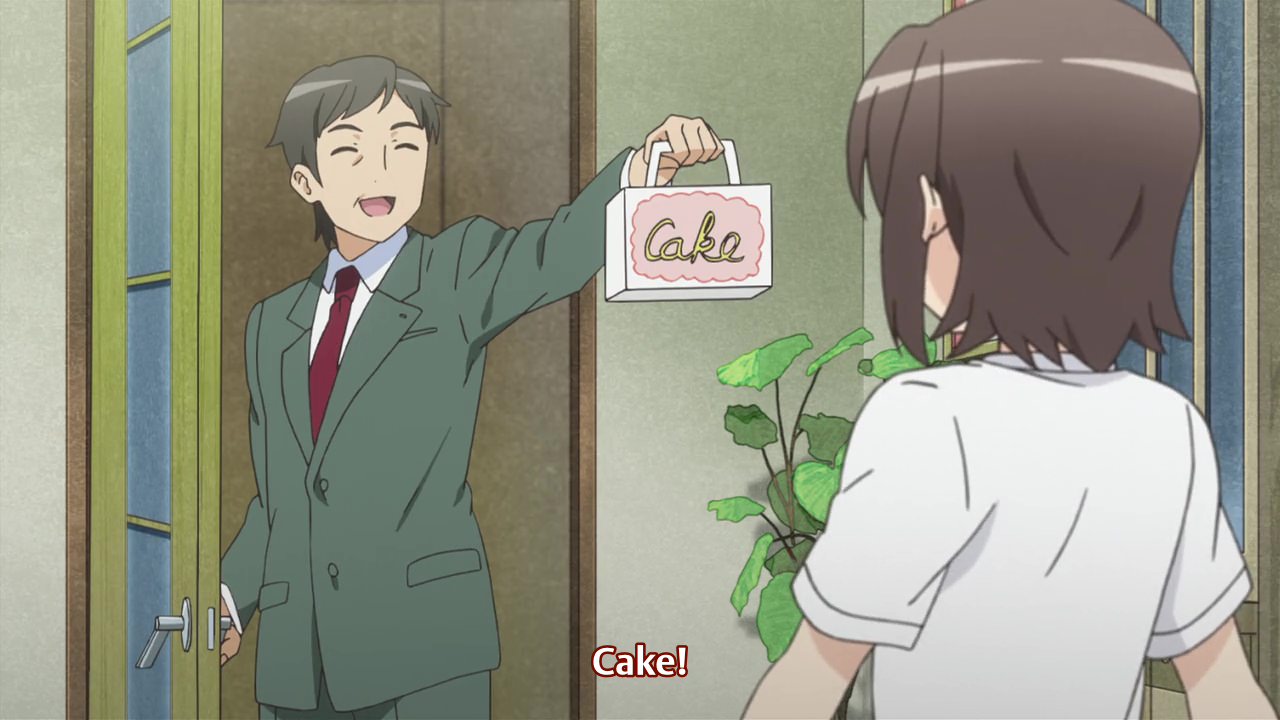 Keiko tagged in the Mystery Blogger Award, and I’m supposed to say 3 things about myself and answer her questions. Read her award post here, which is a pretty fun read. She thinks the world isn’t flat?! Blasphemy!!!! Anyways, she asks:

What is your biggest fear?

Needles. We’ve been through this.

Are you a reader or a watcher? (Personally I’d say I’m a reader. Reading’s always better)

Watcher. What? You can read for entertainment?! Blasphemy!!!!

If you were an anime superhero, what one power would you have and why?

So much pressure. I remember hating Shoka’s choice for his super power.

Which anime character do you feel is most like you?

Osaka from Azumanga Diaoh. She’s like high all the time, and I feel the same way. She is also just carefree, and I chill like her. We’d be good drinking buddies, I can tell.

What one thing can’t you live without?

Running water. Is this supposed to be a philosophical thing? Because I’ve lived with no electricity and water before, and having no laptop is fine. Being unable to drink safe water is torture though. I literally cried when it rained, because I can finally drink water again. Also, I’m a pretty dirty person who has a pretty dirty job. If my students aren’t puking, they’d be drooling or asking help to go the bathroom. Washing all that away ends my day right.

Keiko also nominated me twice for the One Lovely Award tag, so I’m not kidding when I said she spammed me hard. Check her posts HERE and HERE, and again, follow her. She might spam you with awards too. Now, the Lovely award is telling seven things about yourself. There is two of them so that’s fourteen, plus the five in the previous tag above. That makes nineteen, but let’s make it an even twenty. Okay, twenty things about me. Oh boy, this’ll be fun.

And we are done!!!!!!! Happy New years to everyone, and may the next year be as fun and exciting as this one. Peace out!!!