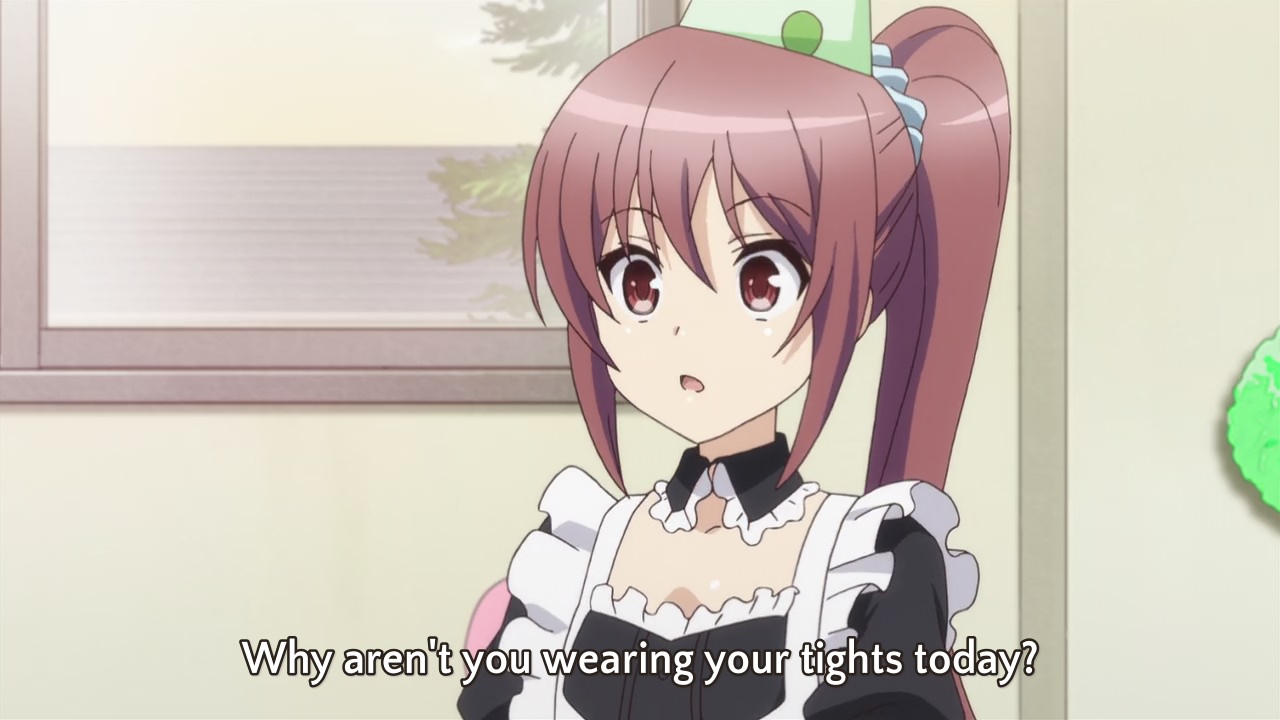 Japanese songs not featured in anime. So no OP or ED songs, but stuff I discovered by listening intensively to the artists after some time. When you dig their discography, you often find some songs that truly fits you, as if they’re your friend giving you a pat on the back after a long day. When I was in my heavy depression stage, a lot of the songs on this list helped me tremendously. I listened to a bunch of Japanese songs, but I’ll limit it to one per artist. I also discovered, while making this list, that my taste in music is really weird. What do you guys think? Anyways, on to the list!

In the Philippines, this was used as a song for Ranma ½. Technically, it’s an anime song but it really isn’t. I actually smiled like a child when I discovered the song a while back. I just know the tune, so it took a bit of digging. Listening back to it though makes me smile, and it just ends my day on a happy note.

I freaking grew up with this song, and I only learned of its title just this year, lol.

This is an OST to the movie of the same name, adapted from the manga of the same name. I’ve never seen the movie, but I really liked the song. The movie’s version is actually pretty amazing as well, since I do believe the song was meant for a gentler voice. Masafumi Gotou’s slick voice oversells the song for me. This song is also something a garage band would enjoy playing, and I’ve heard my students play it all the time. It just has a very soulful vibe to it, and I love listening to amateur bands play it. Yeah, it’s popular in my country.

A tribute album for Asian Kung Fu Generation was also recently released, and a version of Solanin is performed by yonige. I do believe this was the kind of voice meant for the song, since it is a bittersweet song.

Perhaps if I’d taken that chance,

if I could go back to that day

But I’ll never be that person again 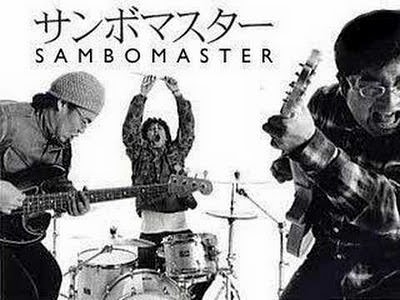 I know Sambomaster has played a lot of Naruto OP songs or something, but I discovered them through Princess Jellyfish. The ED song of that anime just feels so happy and reassuring, as it keeps repeating the words “beautiful” to you. This song is an OST to a live action show, called Densha Otoko. You should read up on this phenomenon. It’s a guy posting on 2chan asking for advice on how to date a girl, and the collective Japanese online community soon cheered him on. The guy remains anonymous, but his legacy is soon turned into a wonderful live action retelling. I’m also showing my age by talking about this live action show, lol. I watched Shida Mirai grow up, gawd damn it.

Sambomaster is just a fun band in general. The singer’s voice is amazing, and their pieces are always feel good rock out songs. If you’re having a bad day, then just have Sambomaster reassure you everything is OK with their insanely weird rock style. I also love the music video for this song. It just feels so lively, and you can tell the guys just love rocking out whether you listen to them or not. It’s infectious, and soon you’ll be yelling the chorus too.

I discovered Back-On thanks to Murder Princess’ OP. Later on, they did the OP for Air Gear, and it’s the only thing I like about the anime. It was such a botched anime, but I was a fan of Back-On thanks to that. I soon dug up their discography, and I just love their style of rap music. There is always time to breathe when the other singer belts out the chorus.

I remember eagerly awaiting for this song to drop. I caught up to the hype, and I listen to this on its launch day. I still listen to it, some depressing years later. This is my favorite song from their discography, but they have a lot of solid hyper songs. 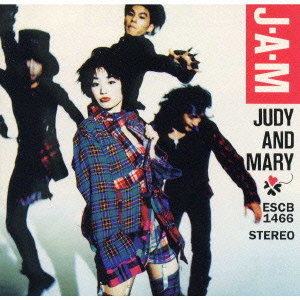 This band performed that catchy, and undying, OP from Rorouni Kenshin. A fellow anime club member is obsessed with Judy and Mary, and he gave me their entire discography. I just politely accepted. I’m not a fan of this band, since a lot of their songs sounds generic 90s pop to me. My taste in music sucks though, and I bet he loved the lyrics of the song. I just listen for the happy beats, and only one song stood out to me. It’s that stupid song about love being likened to a cheese pizza melting together. It sounds like the Rorouni Kenshin OP, so I just love it. I also just enjoy the singer belting out in the lyrics, and she went mad in this track.

Mayoiga. That anime sucks, but the ED song is haunting. It sounded like a very young YUI. Rina Katahira tries a bit hard though, while YUI just sings effortlessly. Mayoiga’s soundtrack is awesome, so I wanted to hear more of the YUI sound alike. A lot of her songs are really only carried by her voice, and that’s fine.

This is my favorite song from her first album. It’s just a simple guitar acoustic and the voice that makes her amazing, about a love song overcoming distance. She just sings her heart out here, and my love for YUI responds with absolute adoration. This is also my “get over” song. Don’t tell anyone. xD

I never knew YUI from any anime song. I just heard her song “CHE.R.RY” one random time on MTV Asia, and I was instantly hooked. As a massive YUI fan, like you wouldn’t believe, her discography really helped put me back together. Being depressed sucks, but YUI often gives me a reason to get out of bed in the morning. Something about her voice, I guess.

And this is my favorite song from her. Ok, I have tons of fave songs from YUI. No YUI fan can choose one. I like TO MOTHER as a wonderful transition of YUI embracing adulthood, HELP from her awesome B-side compilation album, and CHE.R.RY, of course. Fun fact, YUI doesn’t like to smile in her music videos and CHERRY is the rare exception. She was so young back then, gawd, I feel old.

Goodbye Days is how people should be introduced to YUI though. This was the song that got her famous, as the music producer was so haunted by her voice that he immediately wanted her signed to a contract. YUI’s voice is soulful and powerful, and she has a good command of it. Goodbye Days is the most YUI song full of her enthusiasm and just absolute passion for music. Even after she has moved on from her music career, the occasional times she’d play this song just shakes my entire being. I love you, non-K-on Yui. 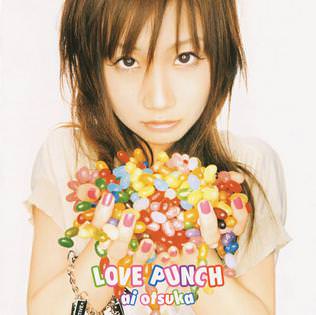 Ai Otsuka is really just your generic bubblegum J-pop star, but she has a weird sense of humor. This is the video for Chulip, and it’s super weird. The song is about young blossoming love, but the music video is like a weird perv fest yet Ai Otsuka looks like she’s having a blast. Her voice is also just “fun”, and you feel her having a lot of fun. I don’t really know how I stumbled into her, but I know Chulip is a reason for that. She has a lot of catchy cute songs, but this one is my favorite.

She also has a song about ramen, if you’re interested. This is also pretty weird, which is a testament to Ai Otsuka’s sense of humor

I don’t like all of this band’s song, and I don’t care to really listen to all of them. I just know them for their upbeat ED song in Haikyuu season 3. I also just love any of their acoustic songs where the amazing lead’s voice is the sole focus. This song is something I always listen to after a hard day’s work. They just sound like they’re having fun, but, ohmygosh, that voice is orgasmic. Wait—ok, yeah, it’s orgasmic.

Chatmonchy did the OP song for Princess Jellyfish, and I’ve been a fan ever since. I just love the passion they put in their song. This was a band that used to pass their album for free on the streets hoping they’d get famous. And they did, not through any manipulative marketing. They gained popularity through their music. Their sound is so down to earth, so relatable and so endearing to listen to. The best artists write their own songs, since the emotions always come out when they play it. Chatmonchy has that in spades. I love ALL their songs. From their uplifting emotional love reunion in BUS ROMANCE, their undying show of affection in DAIDAI, up to their graduation about your next brave step to adulthood in SARABA SEISHUN (literally “goodbye childhood”). But this song, RENAI SPIRITS just speak to me for some weird reason.

There is a Filipino term called “panakip butas” which literally means “hole cover”. It’s a person who is considered a second choice, someone the other person doesn’t really love but prefers to keep around to fill a void their true love left. I’m not sure if there’s a true English equivalence, but it’s basically just someone treated as a spare since the best is already gone. It’s a replacement, and this song is about that person.

That person isn’t with you

That person is not by your side

That’s why you don’t let go of me

Have you ever been the “panakip butas” in a relationship? It sucks, and I’ve seen people rip themselves to shred when they’re in that position. They love the other person, but they’re just a replacement. You can’t really say anything, since love makes everyone stupid. This song captures the sadness and the stupidity of the person, in a very personal way. You can tell Eriko Hashimoto has been in that position, and she sings the absolute feeling of being the replacement. It has a sad opening, coupled by heavy guitar chords and a heartfelt jump to the chorus. I love this song, and I admittedly wrote a lot of reviews listening to this. I still listen to it to this day, and I don’t think I’ll ever get tired of it.

And that’s that. Thanks for listening.