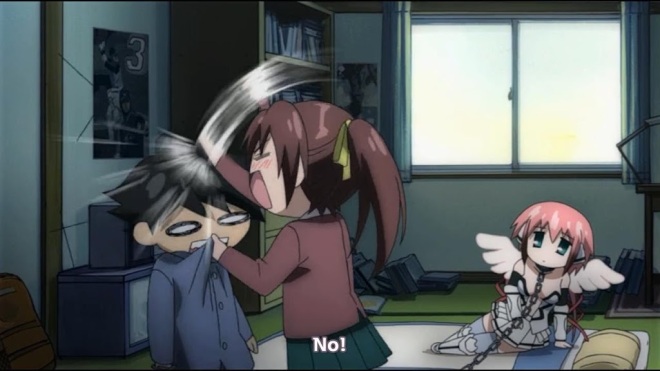 Re:reviewing is doing a review in response to someone else’s review. If one guy from MAL wrote thirteen paragraphs about how much he hates Sword Art Online and you wrote twenty paragraph highlighting the errors of his review and elaborate on how it’s actually the opposite, then you just re:reviewed. You were triggered by his opinions, and you wrote solely in response to his work. This is something most reviewers should avoid, because you’re actually not giving the show justice. You are just blindly defending or blindly hating on THE WRITER and not the actual show. I’m sure you’ve seen re:reviews, and I personally had several written because of me. They’d point out opposites of the elements I personally stated in the same order I stated them out. Re:reviews even has the added bonus of mocking the writer for being close minded or too fanatic.

Re:reviews are something you must avoid though, because an effective reviewer should trigger people and not the other way around. You should be the one prompting others to re:review, because you affect the individual so much that they decided to do something about it. A good reviewer can get people to react, and a re:review is the best reaction you can get out of people. Whenever people claim Moryou no Hako is a snail paced braindead anime and they’d wonder why anyone would enjoy it, then I just forced someone to re:review my work. It’s no coincidence that I wrote a review about a 2008 anime and someone followed a few weeks later. C’mon, it’s not that hard to put two and two together. The best one I ever got was my review of the Steins Gate movie. I loved it so much that a re:review followed completely rejecting everything I wrote. My review often convinced another reviewer to watch the show, but he probably felt strongly negative about what I wrote so he wrote a re:review. You know what this tells me? My review is good and effective despite my bad grammar and subject-verb agreement errors. 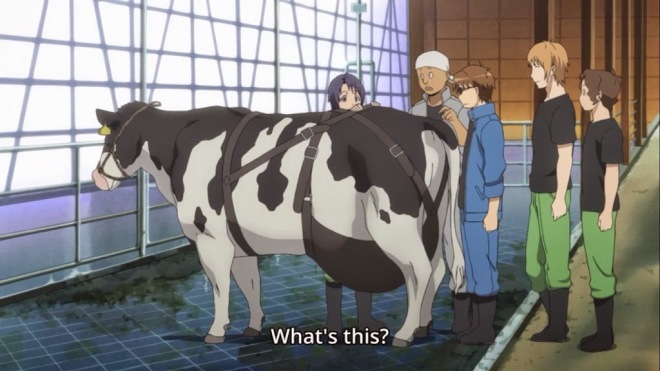 If you want to be a good reviewer, then you should avoid this kind of review but you should also be able to prompt others to do this. How exactly do you do this? It’s pretty simple. You just need to be honest. Consider the point I’m making in number one about writing continuously. If your goal is to convey your thoughts, then the viewer can instantly feel your honesty. They know you legitimately agree with your opinion, and this’ll make them decide to watch an anime. You are able to deliver the complex angles of the anime in an interesting manner, and it’ll affect the reader. Re:reviews mostly happen when someone disagrees with your opinions. This is different from someone posting on your comments though. Re:reviews are a more refined kind of reaction, because they take longer to make. Someone actually bothered to do a review about your review. The comment section is often just immediate reactions to your review. A re:review is an organized post written for more than an hour simply disagreeing with your post. You gave them an idea so nagging that they wrote a post about it. You affected them so much that you made them write their thoughts on it. You actually “inspired” people with your reviews, and you should be proud of that. You should aim for that, because indirect references are actually very flattering. They like your idea, but they don’t want to acknowledge your influence on them. You can feel it though, because their re:review simply points out what you already pointed out. 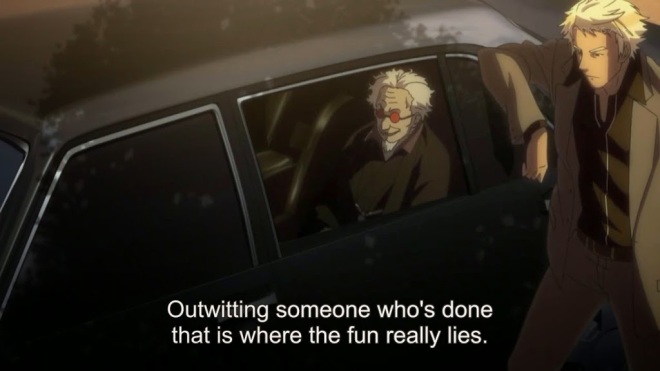 On a side note, re:reviews also happen because a reviewer reads someone else’s work before reviewing an anime. This is a big no-no. When you review an anime, remember that YOU already saw it. You already have an opinion of it. I do understand some beginners checking out some reviews of an anime to get an idea of what to write, and I’ve honestly done it before. I do believe one of my first reviews is an actual re:review of someone’s work from MAL. I think it’s that anime about wolves adapted from Ryukishi07’s work. I remember mainly pointing out what the MAL review already stated, and I completely just re:reviewed it. If you’re reviewing sh*t, always remember that your opinion is never wrong. Opinions, by default, cannot be wrong because it’s a subjective thing. Idiots are calling them alternative facts, so that makes me laugh. I think incest is wrong, but I don’t splash holy water on people that practices it, even though I really should. As a reviewer, you should think like an expert because you already finished watching the anime. Readers should now trust you, and your opinions cannot be wrong if you’ve already done the leg work. Even if others disagree with it or your opinion is not a popular one, you should still stick to what you believe in. This prompts a re:review, and I sure hope you can be effective enough to get others to write about you.