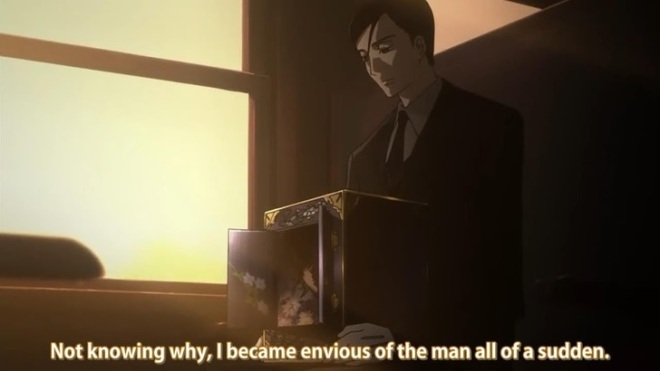 Do you know what I love about blogging? As a guy disconnected from the anime community, I really just do my own thing. I LOVE it when people become hot and bothered about what I write. When I hit my anniversary, I promised myself that I’d be more active in wordpress. I’d do my best to comment on five posts a day. It doesn’t matter what kind of post it is, as long as it’s something I’d enjoy reading. Now, the fun part is that I know people read my posts but they just don’t comment. The thing I love is when they’d make a post inspired by what I wrote. I just laugh it off, but some of them are incredibly defensive. 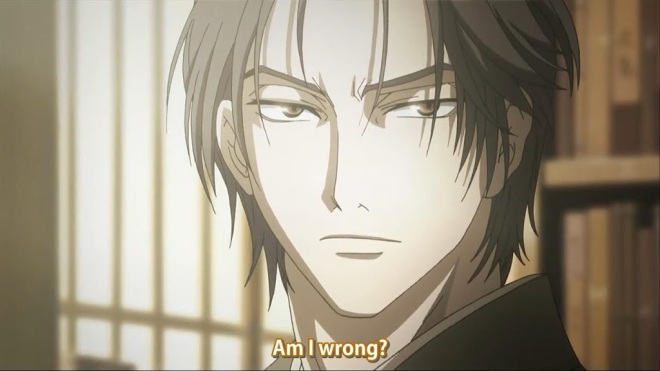 I write what I honestly feel and the honesty is often a big hit to some people, so they’ll feel inclined to defend their fragile ego. Again, it’s fine. It’s no big deal, because that’s actually what I like about blogging. I get to inspire people, they’d take ideas off my posts, they’d feel insecure about how I write, and they try not to mention me in their reactive posts. I LOVE that, because I might not interact with people but they certainly know me. They know my style, and I’m happy to know I can affect people in such a manner. I’m like a pantless super hero, and just typing that would certainly direct people to this post because they googled the exact same words. Now, something about that list thingy….

5. Don’t Fixate on the Barrier

“Ecchi is ruining the anime industry.”

“Why do they focus so much on the naked girls? It’s totally killing the anime industry.”

“This is why anime cannot have mainstream success because it’s too perverted, and it reinforces the idea that it is really just cartoons made for kids”

Oh boy, let’s just stop for a second. You need an open mind to enjoy anime. I know it’s hard to accept, but anime is not made for western viewers. It’s not a cartoon like in Cartoon Network or Nickelodeon, and you shouldn’t expect it to behave as such. Some things are totally ruined by this wonderful thing called the “cultural barrier”, and most reviewers can’t look beyond it. This is a common thing for anime reviewers though, because it’s hard to shake off your own cultural standards when watching anime.

Take, for example, Yosuga no Sora. Try to Google a review of that anime. Most of the pieces about the show condemn it because of its themes of incest. I read one review about it that absolute loathe the incest. It’s disturbing to the writer, and he describes it as if the incest actually climbed his bed and spooned him. I understand where he is coming from, because incest is just taboo. It’s bad. Let’s not even try to defend it, but hear me out. In the Philippines, where I live, incest is taboo too. Now, as a teacher, I learned a lot of horrible things about my society. In some very mountainous regions, there are villages that are made up of just one surname. I had a student that openly dated his sister. This is his legit blood sister, and I can only just swallow my concerns and move on with my life. To me, the incest in Yosuga no Sora is incredibly tame. Studio Feel even did it’s best to tone it down while still delivering on the promise of incest. I once had to literally listen to a fifteen year old girl tell a story of losing her virginity to her brother while being in the same room where their parents are sleeping in. When I die, I will personally insist to be sent to hell. I’ll be like “No, gawd, no. Send me to hell. I’m 150% sure there’s already a bed prepared for me there.” Incest is taboo, but the anime’s incest is really….not that bad. You can share your disgust on the theme, but it shouldn’t distract you from what the anime can offer. In Yosuga no Sora’s case, it’s vanilla Hentai. This anime is a bad example, but just hear me out. 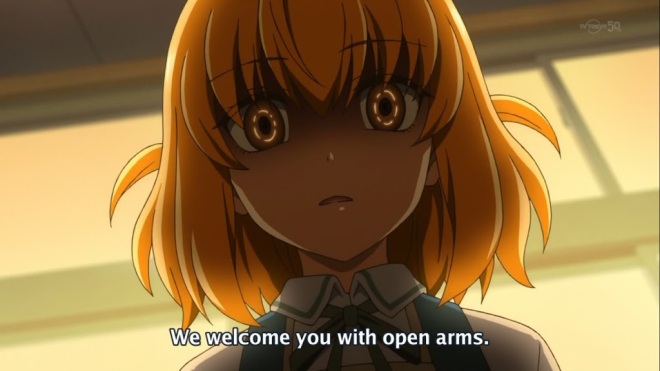 As a reviewer, you shouldn’t concern too much on the overly Japanese aspect of the anime. Culture is really the biggest fence that separates Japan from the rest of the world. Sometimes, accepting the culture turns you into too much of a Japanophile, but rejecting it clearly shows your culture shock. I often feel like most anime is doing it on purpose. As a reviewer though, you should be able to rise above it. Acknowledge the strangeness of the culture or how much you abhor it, but never let it dictate your review. I once read an Ao no Exorcist review opening with “I’m not really a religious person”, but the writer uses seven paragraphs to point out how the themes of Christianity is badly handled and represented in the anime. Ao no Exorcist isn’t even about religion. The show only uses it as a flashy accessory, and it leans more to the shounen hero’s journey type of show. Neon Genesis Evangelion did the same thing when it employed western symbols in its show. The cross actually symbolizes nothing, and the people behind it even admitted that it was solely used for style. This reviewer fixated on how the cross is misused though, or how the actual exorcism isn’t properly presented. It’s amazing how much the barrier trips people up. Never forget that the review guideline in MAL is to talk about the story, characters, animation and music first. Focus on the basics first. 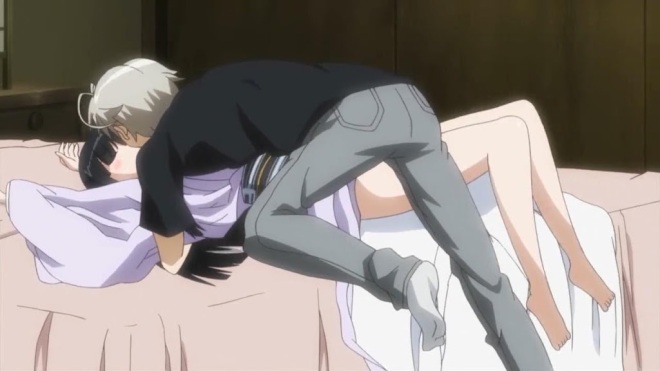 You’re not the first person to realize that Japan uses too much filthiness in its anime, and you won’t be the last. You don’t have to spend more than one paragraph to point out how much you object to the fan service. No one in Japan is reading your sh*t. If you’re a video game writer, then it’s a different ball game. I’ve seen AAA games go after writers like nobody’s business. Unfortunately, the moral pitfalls of anime will never reach the other side of the fence. It’s best to just put it on one side, and focus on other things. After all, sex is the driving force that keeps a lot of the industry in Japan alive and roaring. The anime, VN, manga, LN, and even the idol industry cater to a particular group of perverted audience that shell out money which pumps life to these industries. Ecchi is a staple, and it’ll never go away. Some of your well respected actors, voice actors, musicians and even fictional characters even participate in gravure. It’s certainly not to promote decency in Japan, that’s for sure.

It works in Japan, so it’s not really going away. As a reviewer, the best thing you can do is actually bridge the gap. You should shed some light to how Japanese consumers think, and how the industry caters to them. Some decisions in anime are actually greatly affected by how the consumer behaves, and it’s often a nice study piece for a review. As a reviewer, you should also understand that some readers don’t care about your bullsh*t. Some of them even appreciate it if you point out the vanilla Hentai in Yosuga no Sora, because they’ll actually watch it because of that. If you focused on the incest too much, lose your sh*t on its offensiveness and just be caught up in the barrier, then you’re robbing the reader of a fair and balanced take on the anime. I do not support incest, and I really hope we can purge it honestly, but it won’t do good to just fixate on it. A reviewer should be able to rise above it all. This can be a challenge to some, and I do hope the barrier doesn’t trip you too much.