This is review number one hundred and eight. It’s another anime from the Summer 2011 lineup. I’m also quietly waiting for the Fall 2012 lineup to end. I can’t wait. Anyways, this is a three minute anime about a girl that doesn’t talk. I will review both season 1 and 2 because there is really not a lot to talk about to give them separate reviews. I’m not cheating on my 1000 anime goal, damn it. It’s a combined twenty six episode anime and it’s really good. I mean it. So let’s read on. 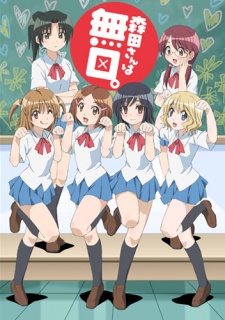 Morita-san is about a normal high school girl who doesn’t speak named Morita. The anime revolves around her normal life which includes hanging out with her friends at school, freaking people out with her stare and her typical routine at home. It’s a slice of life comedy designed to bring in a few laughs.

This is a four panel anime. They’re anime that is adapted from a four panel manga. They’re simple and short designed to deliver a punch line at the end of the panel. I only noticed it now but every seasonal lineup has at least one four panel anime in it. The problem is that they’re really all the same. They run for three (or four if you include the OP/ED) minutes and they are designed to deliver a punch line or two. They’re simple comedy and they’re easy to watch.

Here’s the deal with this anime. It’s a simple comedy about the lives of school girls. It’s a character centered comedy anime that focuses on their school life or spending time with each other. It only runs for three minutes and with that being said, I seriously enjoyed the anime. The combination of the Comedy and the Slice of Life aspects of the anime are really nice. I was concerned at first because there is very little to do for three minutes but the anime usually have two or three skits per episode. It’s a fairly risky approach because a character centered show needs a lot of time to be good yet the show was able to be likeable in the span of one hour and 18 minutes.

The characters are the important part of the show. The first few episodes didn’t hit hard because they were introducing the characters. They will easily grow on you though as you progress the anime. Morita-san despite having little dialogue was actually very interesting. Most of the time she just nods but you are often focused on her. The rest of the cast plays their part well. The anime is very dialogue heavy and the character interaction was actually pretty nice. The way the characters play of each other really makes the other elements of the anime shine through. I liked the characters but they are very generic. I mean, really, do you expect character development in a three minute anime? The characters are designed to be generic to form a stable cast that can execute some comedy. The way the characters interact with each other also reminds me of another Comedy/Slice of Life anime which works great. Familiarity is important for a show this short. Some people may hate the generic-ness of the characters but they don’t realize that it helps in familiarizing with them. I don’t blame you for blowing the whistle though if you don’t like the characters. They’re the life of this anime and if they don’t appeal to you then this anime isn’t for you. 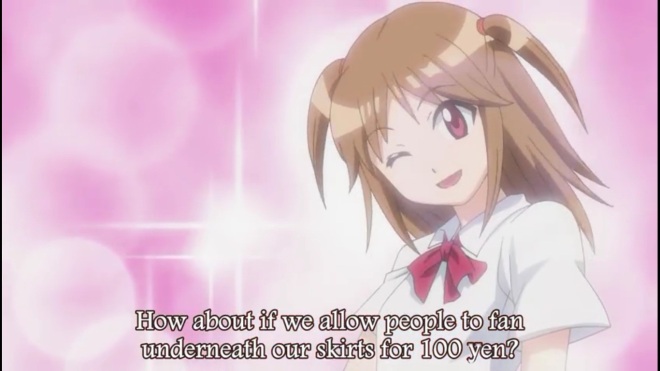 The Comedy of the anime is honestly a subjective experience. Some of the comedy in the anime is bland to me and others just left me scratching my head. The comedy comes from certain interactions with the characters like this serious girl calling Morita a squid (or something like that). I get the idea but it wasn’t really funny. I guess I’m glad the anime’s comedy isn’t cultural. They’re all easy to relate to and much easier to appreciate. The comedy that did make me laugh is very well done though. They’re simple jokes and you will understand their content but as I said, it’s all subjective. You can easily understand them but I’m not sure if they can make you laugh. Luckily though, the anime isn’t just comedy. It’s also Slice of Life (SoL). 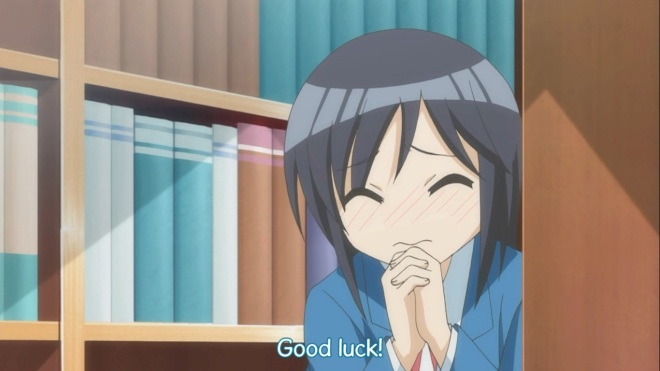 Its Slice of Life aspects are actually really well done. The normal lives of the high school girls are nicely highlighted in this anime. Simple things like eating cake or having a part time job is fun to watch in this anime. The simple stuff like worrying over not having a boyfriend or counting calories is a very nice addition to the anime. I have a soft spot for slice of life and I like it even more when I can relate to it. The SoL aspect of the anime is also a best way to fall in love with the characters. Morita is more pleasing to watch when she is just doing normal school girl stuff than being with her friends pulling off jokes.

I mentioned before that the characters are generic but you can easily familiarize with them because it is like another SoL/Comedy anime. This anime really feels like watching a shorter version Azumanga Daioh. It’s like all the skits are cut up then served in separate episodes. The setup is very similar and the jokes are also very much the same. It’s the same way in the sense that the jokes are also subjective. You’ll get them but I doubt you’ll laugh at it. I also want to say that a lot of people praise Azumanga Daioh for some reason. Maybe it’s the slice of bread of its era but I honestly don’t like it to the point I’ll claim its revolutionary. For godsakes, three cultural event episodes could get repetitive. Honestly, Osaka is the only thing worth watching in that show. Anyways, if you enjoy Azumanga Daioh then you’ll enjoy Morita-san for the familiarity of the shows. It’s also a shame that Morita-san is only three minutes long because it could stand for twenty two minutes. I guess someone just didn’t have faith to give it a regular episode format. It’s too bad. Morita-san is as good as Azumanga in this blogger’s honest opinion. 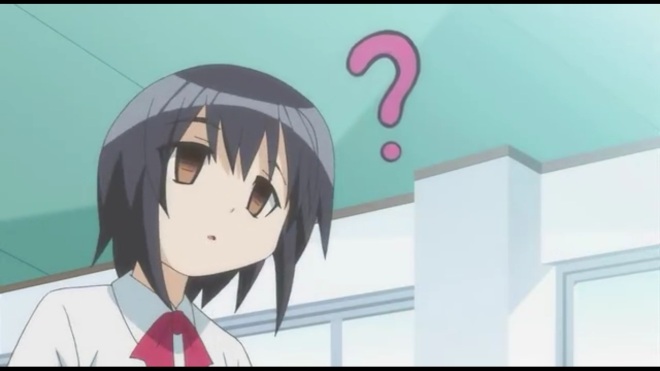 The character design is simple. The typical big headed character but the “cuteness” of the characters was nicely brought out thanks to the simplistic design. The personality of the characters also nicely matches their appearance. It’s a bit too simple though. Sometimes when they turn sideways, the facial features gets messed up like the nose being a touch bigger. I appreciate the simple-ness though because I don’t honestly expect a high production value in a three minute anime.

The animation is pretty simple as well. There is not a lot to animate here and the quality of the animation actually changes from time to time. It does stay consistent at the second season. The background and the color template are also simple. This anime oozes simple-ness but it also makes the ties to Azumanga Daioh a lot more prominent.

The anime has no ED but it does have an OP. The first season’s OP song is “Motto Ai Shiai Masho ” by Iori Nomizu. It’s a cute song. There’s not a lot to talk about it here. Iori’s voice is fairly nice though. It’s just cute and the OP sequence features all the characters being cute. It introduced everybody including ones that appears very late in the anime which can spoil their debut. It’s only a three minute anime though so spoilers don’t mean much.

The second season’s OP is “Nyaa Nyaa Kibun” by Fuwawaka. I particularly love this one because it has a slow and tender pace to it. Fuwawaka going “nya nya nyan” also adds a bit of cuteness to the song. The OP sequence is still the same. It introduces all the characters and it features their normal life.

4/10 “It’s a solid comedy/SoL show but like all four panel anime, it leaves you wanting more.”

If you have three minutes to spare then I urge you try it. This may be the best four panel anime I’ve seen because the show is pretty solid. All the elements work together and the characters will easily grow on you. Yeah, I recommend it.