Hello there. This is review number fifty five and I’ll be reviewing Kimi to Boku. Yeah, that rather girly show about five guys. I honestly don’t want to review this anime but I thought it’ll serve as a nice challenge for me since I am aiming for unbiased reviews. It’s the perfect anime since I absolutely do not like it but this review is still made to convince you to try it. Let’s read on.

The anime is about five guys spending time together in their high school years. The anime is about the display of friendship, the personal growth and the blossoming romance of the characters. They fondly talk about their childhood years talking about the memorable moments while they grow up together and they love to tease one another. 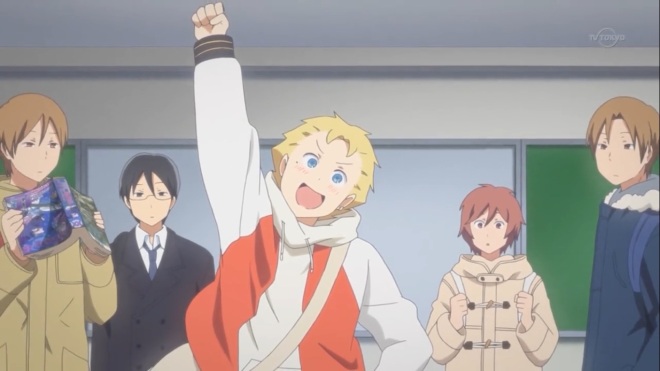 Naturally, there are some anime tailored made for girls. One good genre would be Yaoi. I have read yaoi through curiosity and a guy can easily tell how wrong the genre is but a girl would just go “kyaa” over it. I’m not saying Kimi to Boku is yaoi but it is tailor made for girls. We have five gorgeous guys display their friendship through joking around and being cute together. It’s the male version of K-on, to be honest. There is no main plot, just five handsome guys spending their days together. We have some little quirky moments that make them more…handsome or dreamy. Kinda like how the girls in K-on would have moe moments. As a guy, I was really repelled by this anime. I want to forget it but damn it, I’m giving this anime justice and giving it a proper review.

One thing that stands out in this anime is that it is directed by Mamoru Kanbe who directed the Elfen Lied and Denpa Teki no Kanojo anime. It seems kind of odd that a guy who directed some pretty psychologically scarring anime would direct this overly feminine anime.

Kimi to Boku lacks a general plot that most anime builds until the last episode. It’s really just the everyday lives of five boys as they spend their high school days together. They would talk about normal things and occasionally tease each other. It’s a rather laid back approach considering you have five bishies here. It’s a Slice of Life (SOL) anime and it does the genre proud. It’s a bit hard to describe the actual hitch of the anime but it does a good job of balancing its elements. It isn’t really boring and it also doesn’t enter yaoi/shounen ai territory. They would talk about things like when they were in kindergarten and most times, they are just being random like suddenly visiting their sick friend to steal his notes from class. 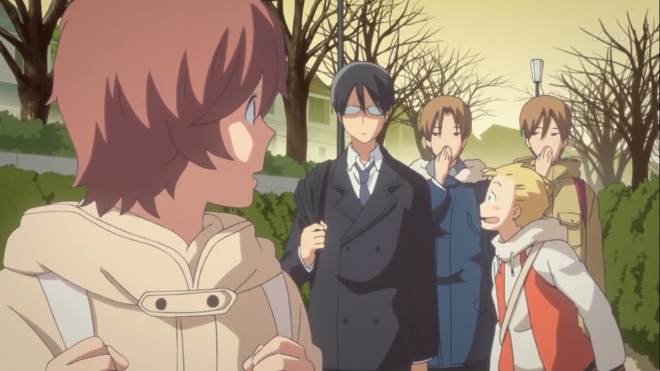 The strength of the anime is, indeed, the characters. Since there was no major plot the anime follows, it all relies on the characters to make the show shine. They do that very nicely. I was surprised as well since I kind of pegged the anime as boring at first. Each character has a unique personality, albeit generic, that makes them lovable. It’s mostly their interaction that brighten ups the anime. Keeping to the anime’s balanced theme, the characters also have this great balance among them. It makes each situation fun to watch.

The anime focus some episode to one of them without having to out stage the rest. These episodes are used to develop the anime in a very small way. Since there is no plot, the character development is not that prominent. It’s mostly just further introduction for the viewers. You’d be surprised that the rather uncaring twin would agree to go out with a girl despite not talking with any of them in class or how tolerable the guy with the glasses is with his friends despite being major nuisance to him.

For me though, a guy who doesn’t really care for watching an anime about guys, the best part of the anime is when the characters interact with the girls of the anime. Their individuality truly shines when they talk to a girl they like or vice versa. Some of it comes in the later parts of the anime but the anime is also a Romance genre. Slowly, very snail paced, these guys are experiencing what it’s like to fall in love. It’s a f*cking relief for me and I’m rather shamed to say that some of the sweetest moments of the anime happens when the characters act all cool in front of the girls they like.

Of course the anime still doesn’t feel right. It’s mostly because it’s for girls. The anime is very feminine and almost every guy in the anime acts more feminine than the girls. It’s mostly moments like this: 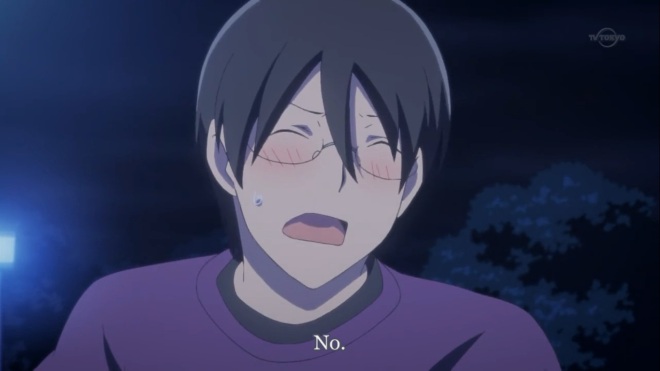 That ruins the anime for me. There is too much hugging and puppy dog talks for an anime about guys. Never once do the characters talk about guy stuff like boobs and other normal sh*t to make us believe they are guys. I guess it’s normal since the anime is catered for girls.

At the core of it all, Kimi to Boku is an anime about growing up. The anime has a theme of personal growth. It also displays a nice theme of friendship and falling in love. The subtlety of the anime is nice to see and that’s what generally made me watch it. Its ability to be serious and funny without ruining the moment was nice. The poetic monologue as the season’s change was also a nice touch that makes the anime a good SOL anime. 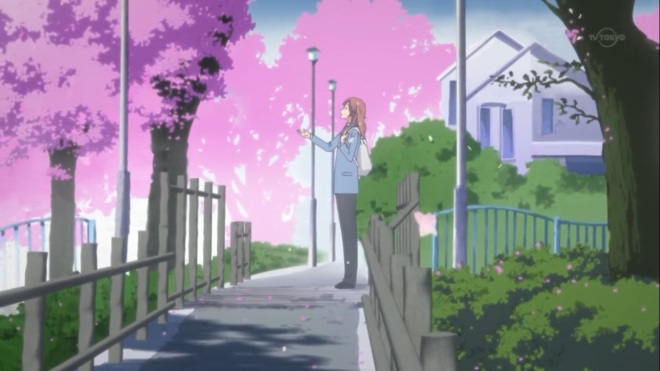 The character design is rather nice with yaoi features (tall, dark, handsome) but downplaying them a bit to make the characters more appealing. Everything is suggestive in the anime though which is a strength that the anime uses to reel in the female audiences. Each character has unique features to them including the side characters. The anime loves to focus on the characters serious faces sometimes which, in due time, you will fall in love with. *shudders*To be fair, it does work. When they focus on a characters serious face and it suddenly blushes, good God, they’re dreamy. 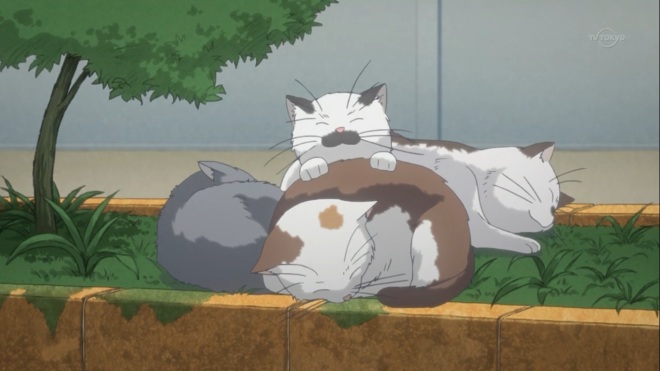 The background is visually pleasing as well. It has the most SOL appeal to it that gives off the relaxing tone of the anime. One thing that puzzles me about the anime is the use of cats. Some scenes would often cut to some adorable cats for no apparent reason. The cats would often do cute things that are appropriate to the situation the characters are doing. If a character is mad, the anime would cut to an angry cat. If they are being lazy, it would show a picture of a lazy cat. I don’t get it.

I saw the same technique in Another where they would cut to some dolls to heighten up the paranoia but hm…are they saying the characters are as adorable as cats? That’s just weird.

The soundtrack is also a strong point of the anime. During some of the anime’s cute moments, the background music would play that is appropriate to the situation making it cuter. The OP is really amazing. The opening sequence is amazing with the use of a free flowing camera and CG on some of the things like the rotating cellphone. It comes to life though with the impressive song “Bye Bye by 7!!” The song is catchy and when it comes on, I always listen to it. The ED song has a more relaxing tone to it and the ending sequence shows a reel of the characters. It’s nice.

7/10 “Think of K-On but instead of four moe girls being cute, we have five guys being um… charming.”

I still feel dirty watching and reviewing this anime but all the elements works and the anime is superb. Its subtle approach to growing up is a nice touch and it’s memorable cast really ties the whole anime together making it an amazing experience. I recommend it.

4 thoughts on “Kimi To Boku Review”