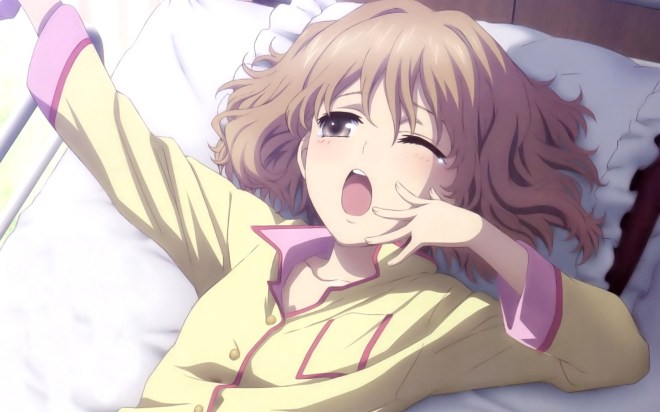 When I first created the part one of this list, I was a little burned out at blogging. I was posting day after day and watched eleven anime in a row. My friend told me to do a list to get my mind recharged and it really worked. I’m not really burned out at the moment and I’m actually in a high right now because this humble little site about anime reviews has finally reached 5,000 views after two and a half months. I’m getting a good chunk of readers and I’m also getting some feedback about my reviews from casual anime viewers. It’s great to see a review about an anime people forgot and hear them like it. That makes this whole undertaking very satisfying.

I made the first part of this list awhile back and I just need to finish it. It’s getting buried in my posts and I might eventually forget it. It’s now time to finish my top ten ending theme. The first one was made pretty randomly and I just remembered some songs that moved me. I searched them in youtube and it brought back some good memories. I did look back at the list and I can’t believe I ranked FLCL’s ED song at number nine. I’m stupid *cuts wrist*. If I actually prepared for this list then the ranking would’ve made more sense but screw organized lists. It’s my list and if you have complaints then screw you. Yes, I’m telling myself to go screw myself. Stupid guy naming his site after a perverted act making people think he host porn. The list was made on random so this one will be random as well.

As I said before, the strength of an Ending song if to make you remember the anime by only listening to it. I want to pat myself in the back with the first five that I’ve done because they were really good and the order was just messy. The other criteria were the ending sequences. Haruhi dancing will forever be an awesome thing to watch and deserves a nice spot in my top ten. Now comes the daunting part of continuing this list. *takes off pants and neatly folds it* Let’s do this f*cking thing. Rawr.

Song: For You by Rie Fu

One of the best thing during my time as a blogger was proving myself wrong. I had a three year anime drought because of some sh*tty personal problem but I picked up anime again after the dust cleared. I told to myself that the anime industry has literally reached a stalemate and there is nothing the industry can do that will capture my interest. I was pretty arrogant until I saw Wandering Son. Back then, I used to watch anime randomly. As in I just pick any anime I come across and watch it.

Wandering Son tackled the sensitive subject of cross dressing and for some reason, I was just hugely impressed. During my three year drought, the anime had Magica Madoka, Tiger & Bunny and AnoHana. I was proven wrong. The anime block is very much thriving. This anime convinced me. I’m glad I was wrong. 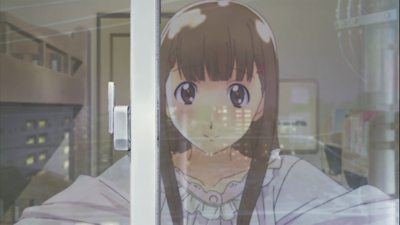 The ED song of Wandering Son featured Rie Fu slowly singing with no instrument in the background. We see the main character walk with cherry blossom falling on his path and then a piano slowly made its way to the background and then an electric guitar at the chorus that completely made Rie Fu’s voice more and more amazing. She is really awesome and this song must be the most recent song in this list. It’s one of the highlights of my blogging career so far so I really remember it.

The anime kinda tiptoed around the subject of cross dressing though. All I learned was that girls can wear a boy’s uniform with no backlash and a guy absolutely cannot wear a skirt. It must be a cultural thing but they should’ve dived deeper at the societal persecution on the subject. Maybe the manga was better. Meh.

4. Can You Say Underrated?

This anime was once aired in Animax but it was ultimately a shadow compared to the bigger anime of its time. I don’t really know why the anime was so unknown because it was really great. The idea of a high school girl becoming a god and her normal life and her supernatural status crossing each other was a great premise. It’s getting momentum now but not enough. This anime deserves better. 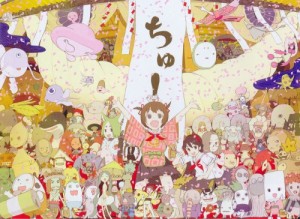 The ending song though was purely addictive. I once had this in my Ipod (before it was stolen) and had this song on repeat while I ride the bus going back home. The bus ride was two hours and I had this on loop for that long. It was super addictive and I don’t really know why I love it. The super cute chibi characters playing instruments as the credits rolls must have lodged itself in my subconscious. Maybe it was Mako and her absolutely cute voice. I think it’s a combination of both. I mean what was the last song you had on loop for two hours?

3. CLAMP was Part of My Childhood

Once upon a time, Animax (the only anime channel of the time) was focused on the eighteen plus demographic but most of its audience was fourteen and below. They realized that and changed the format a few years back. They turned crappy too featuring some Kdorama and having a cosplayer (who inaccurately cosplays and used that to get into showbiz) as a host. I was forced to grow up. -__-

Back in the early 2000s, Animax had Onegai Teacher, DNA squared and the best of them all: Chobits. Chobits had a childlike appeal but with the main idea of Chi’s on/off switch located in her safe spot, it is really not for kids. That doesn’t stop in enjoying the student/teacher blossoming relationship, Chi being pantie-less (respect) and all the good stuff in the anime. To be fair though, the plot point about Chi finding herself and sacrificing her wellbeing to save her sister was touching and sweet. 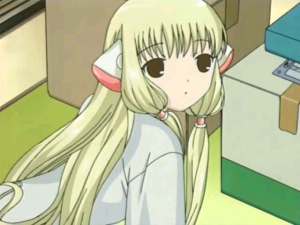 The anime had three ending songs and my personal favorite was the first one. Raison D’etre by Tanaka Rie was bubbly and cute. The impressive beat of the song makes you swing to it. It was really nice and it captures the child like appeal of the anime. Something CLAMP used to do until they develop the motto of “It’s not CLAMP until someone loses an eye.” The ending sequence was really nostalgic too with Chi’s favorite story representing both her and her sister. I saw it again on youtube and my smile just went ear to ear. As of this writing, I already hit the replay button on the youtube video for fifty-six times.

I love Midori Days. It was one of the anime that had an actual conclusive ending while others were deliberately ending openly to encourage you to read the manga. I don’t read manga. My GF back then does and she would always fight me and urge me to read the manga. We would always have a heated argument over which ending was better. Obviously the manga is better by default but it was one of her buttons that I really enjoy pushing. She even once bought the manga just so she could shove it to my face. I still haven’t read it and she asked for it after we broke up. XD

The story of Midori Days is about a delinquent with a wicked right hand that could beat people up with ease. One day, his right hand was replaced with a girl. Yes, a girl. This girl actually loves him and she was happy to be with him. He wanted to get his right hand back but as the anime progress, his feelings for the girl started to blossom. 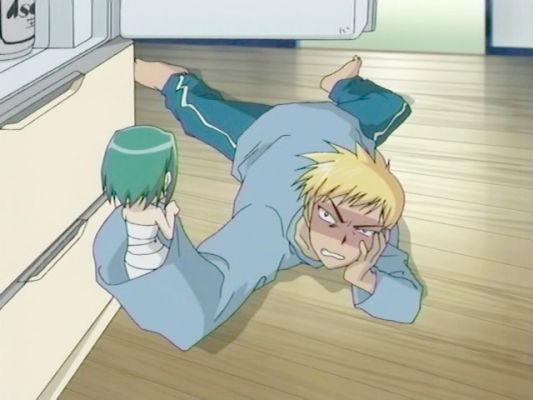 The anime had a theme of unrequited love and it was shown in the ending theme. Saori’s voice was hypnotic as a slow acoustic beat would accompany her. The chorus hits with a nice piano entrance and I was completely hooked. The ending sequence was the best part as we see Midori waiting for the train and then Seiji enters the screen and both of them quietly waits. Midori would glance at Seiji but he doesn’t acknowledge her existence. The ending song’s point was much greater after you’ve seen the anime. I love this anime. *wipes tear*

For the number one, we go back to the 90s. There was one anime in the 90s that I followed with a fiery passion. It was also the anime a local station aired after Yu Yu Hakusho so I was basically sold one way or the other. I’m talking about Rurouni Kenshin or more commonly known here as Samurai X. I think almost every song of the anime is epic and strongly showcase the sound of the 90s. There was one though that I ultimately remember and maybe something I’ll never forget.

I don’t remember much about the anime honestly. There was Kenshin and a bunch of arcs about some bad ass people like Shishio and the Christian Crusaders. I also know the anime hid the fact he banged Kaoru while blind in the stable. I’m a huge pervert. Just ignore that last one.

Some about Bonnie Pink’s voice and the jazz ensemble of the song was addictive. It was a perfect combination with a steady beat that doesn’t out stage her angelic voice. Her voice was also a nice combination of cute and seductive. This is undoubtedly the best ending song I have heard and the most memorable. 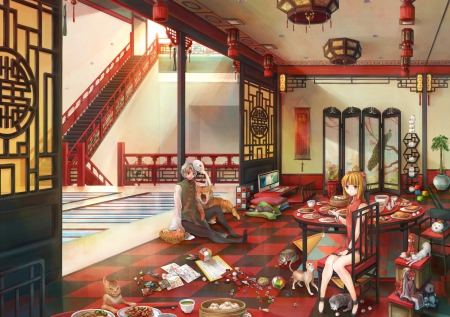 So that is my list. Here’s the link on the first part. What are your favorite anime ending songs?

Let’s all enjoy them pantless. Peace.